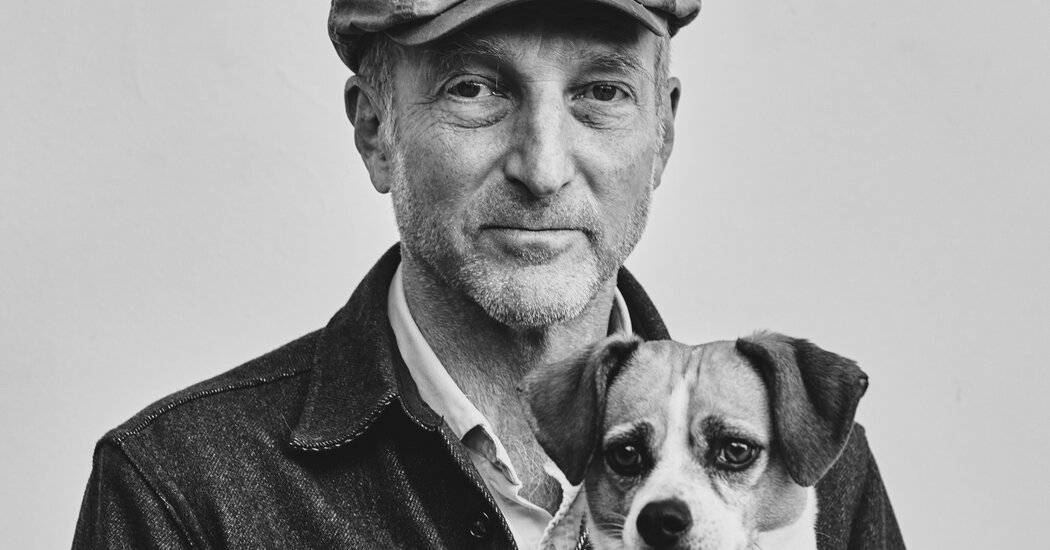 Doll, for example, may be the first private detective in Los Angeles who’s in Freudian analysis five days a week. He is certainly the first one to describe his relationship with his beloved dog as “disturbed,” saying, “We’re like two old-fashioned closeted bachelors who cohabitate and don’t think the rest of the world knows we’re lovers.” Doll is less Jack Reacher than, well, Jonathan Ames.

“He’s a neurotic Reacher with the soul of a poet,” said Joshua Kendall, the editorial director of Mulholland. When he received “A Man Named Doll,” he said, he recognized it as perfect for Mulholland, an imprint that specializes in both contemporary and classic genre fiction. But he also realized that “one of the great pleasures of the book is seeing the Ames pop out.”

Of Ames’s detour toward crime writing, Simonoff, his literary agent, said, “He was clearly called in this direction. But the novel also exhibits the charm and quirkiness of classic Jonathan Ames. There’s a sweetness to it that isn’t there in the typical Parker novel.” (Since their lunch, Simonoff has happily brushed up on his Westlake.)

Ames has spent most of his decades-long literary career bed-hopping promiscuously between forms and mediums: He’s been genre-fluid but pulp-curious.

“Bored to Death” was a warmly satirical take on hard-boiled themes, set against a hipster Brooklyn backdrop. And on assignment from the online publication Byliner, Ames wrote a novella-length story, “You Were Never Really Here,” which was adapted into a dark and violent film directed by Lynne Ramsay and starring Joaquin Phoenix that premiered at Cannes in 2017. With that story, Ames said, “I did have this goal of not being funny at all. I just wanted to write something really lean and dark.” He loved the challenge of creating “an express train of a plot, where you can’t put it down.”