How to stop discarded face masks from polluting the planet 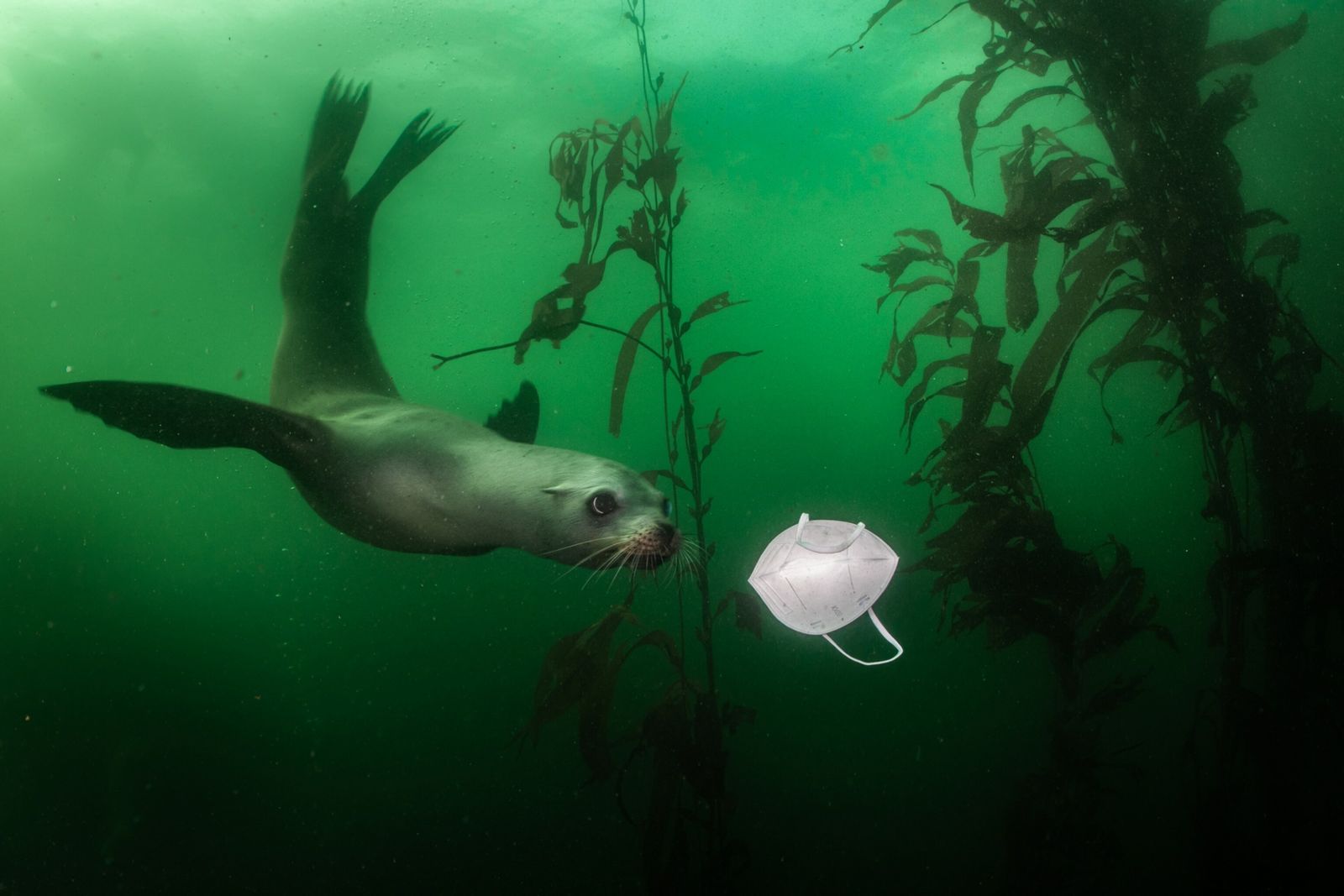 You’re out for your daily walk. You see a face mask on the ground. Few want to touch what has shielded someone’s potentially virus-laden breath. So there it lies until it blows away—and that elemental problem is rapidly changing the landscape around the world, from grocery store parking lots to beaches on uninhabited islands.

Vaccines we mastered in record time to combat COVID-19. Litter in the time of the pandemic, it turns out, frustratingly defies solution.

A year ago, the idea that disposable face masks, gloves, and wipes could become global environmental pollutants was not a pressing concern. Personal protective equipment, PPE for short, was seen as essential for preventing the spread of COVID-19. No one imagined just how much of it would be needed, for so long. Then production exploded—and now the litter is inescapable.

In the time since, scientists have built a library of more than 40 studies that document the use and disposal of PPE and model what that looks like on a global scale. Numbers not known then tell the tale now.

Globally, 65 billion gloves are used every month. The tally for face masks is nearly twice that—129 billion a month. That translates into 3 million face masks used per minute.

All may be called disposable, because they’re cheap enough to be used once and then thrown away. But here’s the hitch: They don’t actually go away.

Face masks, gloves, and wipes are made from multiple plastic fibres, primarily polypropylene, that will remain in the environment for decades, possibly centuries, fragmenting into smaller and smaller microplastics and nanoplastics. A single face mask can release as many as 173,000 microfibres per day into the seas, according to a study in Environmental Advances.

Littered face masks and gloves are blown like tumbleweeds into rivers and streams, which carry them to the seas. Scientists have recorded their presence on South American beaches, river outlets in Jakarta Bay, in Bangladesh, on the coast of Kenya, and on the uninhabited Soko Islands in Hong Kong. Discarded PPE has clogged street drains from New York City to Nairobi, and has gummed up machinery in the municipal sewage system in Vancouver, British Columbia.

The stuff is affecting animals. The innovative common coot, a foot-tall, white-faced bird, has been observed in the Netherlands carrying face masks away to build nests—assuming its large, gangly feet don’t become entangled in the mask loops. That has happened, sometimes fatally, to swans, seagulls, peregrine falcons, and songbirds, according to a study in Animal Biology.

Face masks, gloves, and wipes are not recyclable in most municipal systems and should not be added to any household recycling bin. Masks can contain a mix of paper and polymers, including polypropylene and polyester, that can’t be separated into pure streams of single materials for recycling. They are also so small they get caught in recycling machinery, causing breakdowns. (PPE used in medical facilities is disposed of as hazardous medical waste.)

Joana Prata, an environmental health researcher at Portugal’s University of Porto, and lead author of a study on pandemic repercussions on plastics, noted that citizens need clear information on use and disposal of PPE. “This includes proper disposal as mixed waste in closed leak-proof bags,” she wrote.

A larger global problem gets worse

The problems created by PPE litter have arrived at a complicated time in the effort to curb plastic waste. The amount of plastic waste accumulating in the oceans is forecast to triple in the next 20 years, with no real solution on the horizon. If every corporate pledge to use more recycled plastics were kept, the shift would reduce that projected tripling by just 7 percent.

The pandemic has also seen increased production of disposable packaging, as consumers have bought more takeout food, and as bans of single-use plastics, including shopping bags, were suspended because of fears that reusables would spread the virus. Many recycling centres and household waste disposal facilities have been closed or restricted during the pandemic.