What’s on TV This Week: The Oscars and a Greta Thunberg Documentary 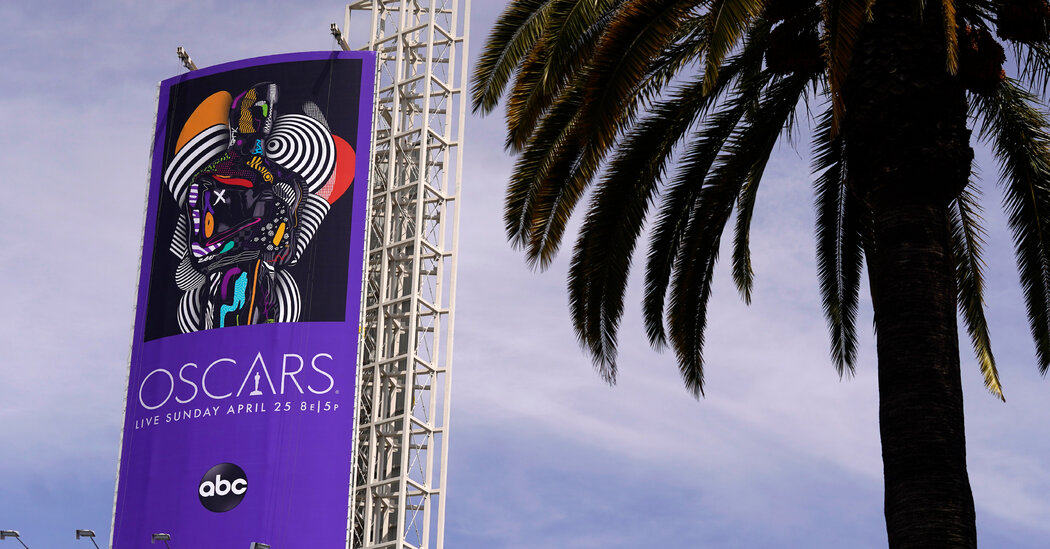 Between network, cable and streaming, the modern television landscape is a vast one. Here are some of the shows, specials and movies coming to TV this week, April 19-25. Details and times are subject to change.

THE OLD MAN AND THE SEA (1958) 6:30 p.m. on TCM. A new documentary about Ernest Hemingway from Ken Burns and Lynn Novick has Hemingway back in the spotlight (in certain circles, at least). A few years before his death in 1961, the directors John Sturges and Fred Zinnemann came out with this Hollywood adaptation of Hemingway’s famous novella “The Old Man and the Sea.” Spencer Tracy plays the old man of the title, an aging fisher who scuffles with an enormous marlin in Cuban waters. Tracy gives “an affecting demonstration of primal fortitude,” Bosley Crowther wrote in his 1958 review for The New York Times. But the film at large is flawed, Crowther said, in part because “an essential feeling of the sweep and surge of the open sea is not achieved in precise and placid pictures that obviously were shot in a studio tank.” Call it imitation crab.

SELMA (2014) 5:20 p.m. on FXM. David Oyelowo — whose directorial debut, “The Water Man,” is expected to be released early next month — plays the Rev. Dr. Martin Luther King Jr. in this historical drama about civil rights activists’ famous march from Selma, Ala., to Montgomery in 1965. Oyelowo is accompanied by a formidable ensemble cast, which includes Oprah Winfrey, André Holland, Wendell Pierce, Tessa Thompson and Lorraine Toussaint. Ava DuVernay, who directed, “writes history with passionate clarity and blazing conviction,” A.O. Scott wrote in his review for The Times. “Even if you think you know what’s coming,” Scott added, “‘Selma’ hums with suspense and surprise.”

INDEPENDENT LENS: PHILLY D.A. 9 p.m. on PBS (check local listings). Philadelphia’s district attorney, Larry Krasner, is part of a wave of progressive prosecutors who have been elected across the country in recent years. This multipart documentary from the filmmakers Ted Passon and Yoni Brook, airing as part of PBS’s “Independent Lens” series, looks at the inner workings of Krasner’s office and the ways he and his team pursue criminal-justice reform.

SKYFALL (2012) 8 p.m. and 11 p.m. on BBC America. A year has gone by since life changed, and expectations shifted, for us all. This refers, of course, to the delay of “No Time To Die,” the newest James Bond movie, which was supposed to come out in April 2020 before being postponed by the pandemic. It’s now planned for release this fall. In the meantime, fans can revisit this highly regarded entry in the decades-old franchise, which pits Daniel Craig’s Bond against a tech-fluent villain played by Javier Bardem.

GRETA THUNBERG: A YEAR TO CHANGE THE WORLD 8 p.m. on PBS (check local listings). Thursday is Earth Day. After audiences potentially do something proactive on behalf of the environment, they can settle down, relax and watch this three-part documentary about the climate activist Greta Thunberg. While the program, produced by the BBC, bears Thunberg’s name, it’s not a biography; it focuses on her conversations with an array of climate experts, with whom she shares the screen. “You are listening to me right now, but I don’t want that,” Thunberg says at the start. “I don’t want you to listen to me — I want you to listen to the science.”

A BLACK LADY SKETCH SHOW 11 p.m. on HBO. The first season of this show, created by Robin Thede and co-executive produced by Issa Rae, found comedy in a fake courtroom and an imagined, comically specific support group, in an airplane and at a wedding altar. The second season, which debuts Friday night, brings a fresh set of sketches and a slate of celebrity guests that includes the actress Gabrielle Union and the singer Miguel.

MOANA (2016) 6:50 p.m. on Freeform. One of the beauties of animation is the way that it allows voice actors to step into characters completely different from themselves: Eddie Murphy can play a donkey; Owen Wilson can play a talking car. There’s less of a gap between voice and onscreen presence with Dwayne Johnson’s character in “Moana,” though: He plays an impossibly muscular version of the Polynesian demigod Maui whose biceps are about the size of his head. Maui accompanies Moana (Auliʻi Cravalho), the daughter of a village chief, on a quest to save her island, and the environment. In his review for The Times, A.O. Scott called the film’s plot “a mélange of updated folklore, contemporary eco-spiritualism and tried-and-true Disney-Pixar formula.” There are, he added, “some touching and amusing zigzags on the way to the film’s sweet and affirmative conclusion.”

THE OSCARS 8 p.m. on ABC. There are several ways that this year’s Academy Awards ceremony could make history. There’s a possibility that all four acting categories could be awarded to people of color. Chloé Zhao, the filmmaker behind “Nomadland,” could become only the second woman to win an Academy Award for best director (and the first Chinese woman, and the first woman of color, to win that award). Regardless of the winners, this ceremony is recognizing films released during a year in which movie theaters were largely closed, and many big-budget films were pulled from release and pushed to future dates. The best picture nominees are “Minari,” “Nomadland,” “Promising Young Woman,” “The Father,” “Judas and the Black Messiah,” “Mank,” “Sound of Metal” and “The Trial of the Chicago 7.” For results and commentary throughout the evening, follow live coverage on The Times’s app or website.

MY GRANDPARENTS’ WAR 8 p.m. on PBS (check local listings). Carey Mulligan is up for the best actress award at Sunday night’s Oscars ceremony, for her role in “Promising Young Woman.” Over on PBS, she’ll be featured in very different surroundings, as the guest on the Season 2 finale episode of “My Grandparents’ War.” The program follows famous people as they learn about their grandparents’ experiences during World War II. This episode finds Mulligan in Japan, where she explores her grandfather’s time as a British naval officer.