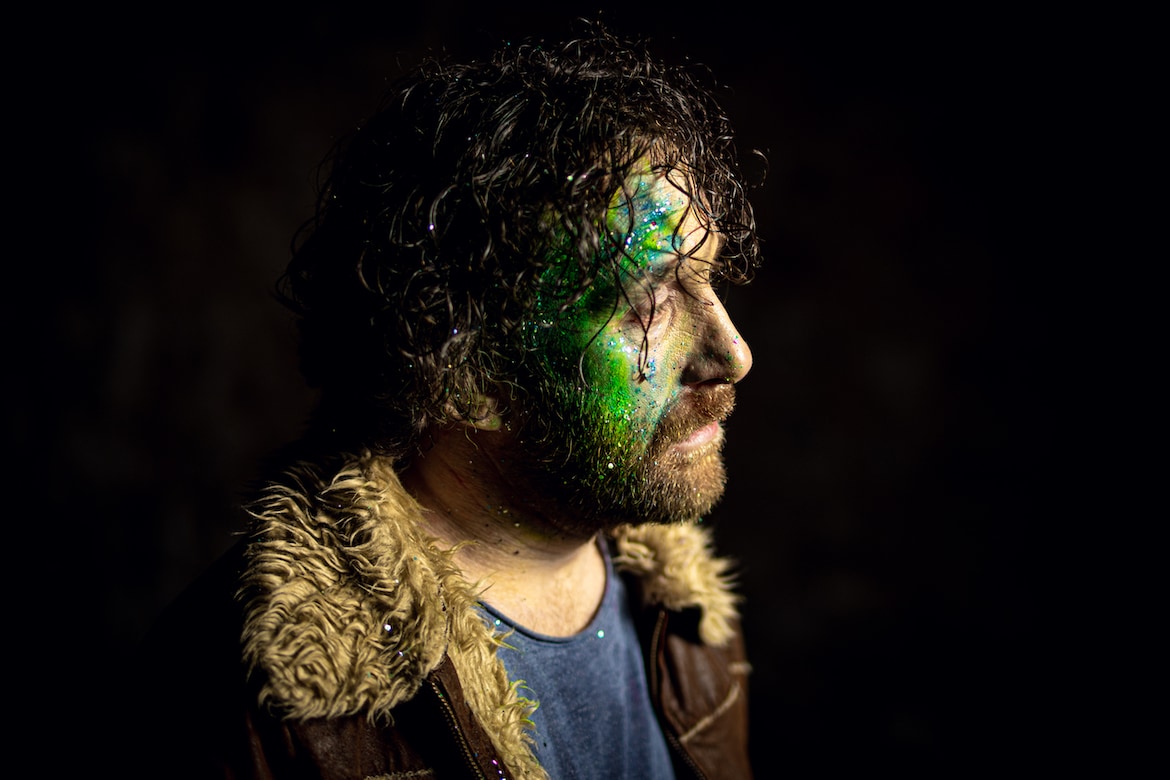 In September last year, Ivor Novello Award-winning composer Martin Green, also a member of the award-winning folk trio Lau, revealed a project which, to quote from Thomas Blake’s review, went well beyond the boundaries of traditional music – beyond the boundaries of any kind of music, in fact – to create something entirely new. He adds: “The Portal is a staggeringly ambitious multi-media creative endeavour. It began life as a podcast, became a kind of living story, was adapted for the stage and is now an album too. It is also a love letter to the great British tradition of standing in a field, dancing like a lunatic and generally losing your mind…”

He concluded that review “Green has created a multifaceted artwork that is as original as anything that has come out of this strange year.”

Exploring themes from The Portal, a new BBC Radio 4 documentary finds Martin Green embarking on a very personal exploration of the ancient associations of music and dance with altered states of consciousness.

“1987: I’m 9 years old, standing at the top of a hill in the dark. My father has bells strapped to his shins and we are waiting for the dawn.

2001: dawn rises on my 23rd birthday. I walk back past that same hill after a warehouse rave, my senses heightened by chemistry and hours of dancing to repetitive beats.”

Dancers at Dawn traces a line from Martin’s early noughties rave epiphany back to his childhood memories of a dawn Morris dance, both events having taken place by Wandlebury Hill, a site rich in ancient myth. Reaching further back, beyond the indistinct origins of English folk dance, Martin picks up his thread of rhythm, movement and trance in tarantism, the Italian ecstatic rite thought to be a vestige of Ancient Roman bacchanals. And he records himself returning to the source in his “own little ethnomusicology experiment”.

After visiting a friend from his raving days, a club pioneer, a musicologist, and various Morris dancers including his father, Martin ventures out before sunrise to a hill near his home in Midlothian. He performs a dance to Jon Hopkins’ Light Through The Veins, an electronic track prescribed by another of his contributors, international DJ and Burning Man Festival’s “King of the Dawn” Lee Burridge. We hear him, alone as the sun comes up, breathlessly knitting together the different periods and cultures that his quest has taken in.

The documentary has been long in the making, drawing on Martin’s “menagerie of colourful childhood memories” courtesy of his “slightly eccentric” parents; his hedonistic raving days; and his work since with the groundbreaking, BBC Folk Award-winning trio Lau, bringing electronics and contemporary production into the language and spirit of traditional song and dance.

To mark May Day, and to celebrate the airing of the documentary, Martin will be joined by some leading lights of folk song and dance in a dawn performance on the morning of Saturday 1 May, which can be viewed live via Live to Your Living Room. Martin, in the Scottish Borders, will play the traditional Call to Morris, leading the all-female Boss Morris troupe out to dance in the dawn in their hometown of Stroud.

Eliza Carthy will join from Yorkshire for a song; Maddy Prior (Steeleye Span) will lead the singing of the May song Hal-an-Tow; and Ghanaian dancer Adie Baako will join Martin in Scotland for a traditional dance marking the changing of the seasons.

Pay as you feel tickets to the livestream can be booked via livetoyourlivingroom.com, and the event will take place over Zoom, in a spirit of socially-distanced togetherness.

Dancers at Dawn will be broadcast on BBC Radio 4 on Thursday 29 April at 11:30 am, then available via BBC Sounds.