Mao Ayuth, Filmmaker Who Survived the Khmer Rouge, Dies at 76 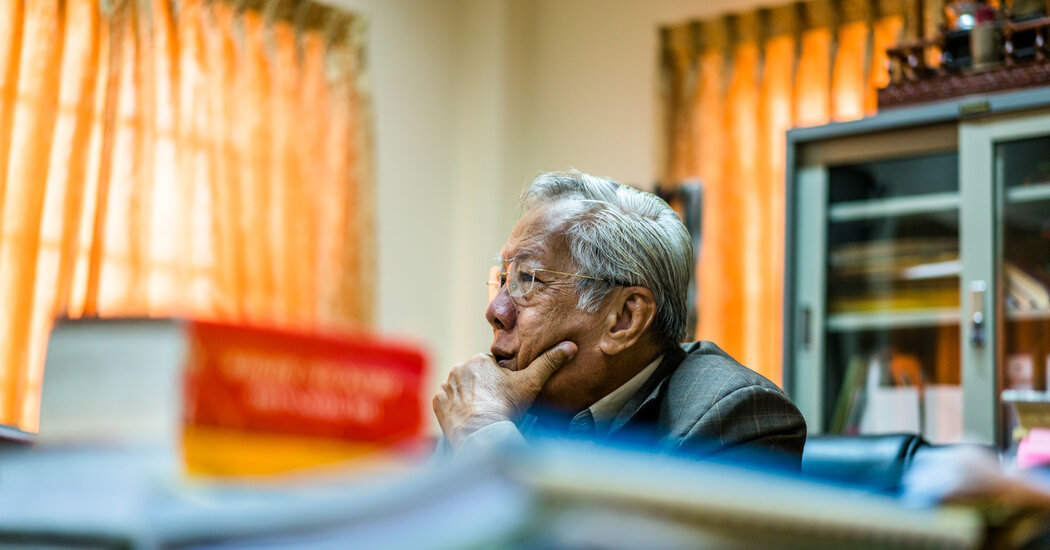 Mao Ayuth, one of the few Cambodian filmmakers to survive the Khmer Rouge era, during which most artists and intellectuals were killed, and who then rose to become secretary of state in the Ministry of Information, died on April 15 in Phnom Penh, the Cambodian capital. He was 76.

Phos Sovann, a spokesman for the ministry, said the cause was complications of Covid-19.

Mr. Mao Ayuth, who was also a novelist, poet and screenwriter, began his film career in the 1960s and early ’70s, in what became known as a golden age of Cambodian cinema. Filmmaking flourished under the country’s leader at the time, Prince Norodom Sihanouk, an avid cineaste who directed his own films.

Mr. Mao Ayuth’s first film was one of the last movies to reach the screen before the fanatical communist Khmer Rouge came to power in 1975 and tried to eradicate all aspects of culture, including education, the arts and religion.

The film, “Beth Phnek Hek Troung” (“Close My Eyes, Open My Heart”), was shot with a 16mm camera that had to be wound by hand between takes. Hugely popular at the time, it tells the story of a Cambodian businessman living in France who returns home when his twin brother dies; he then falls in love with his brother’s widow, who ultimately gives in to his advances.

Only one copy of the film was made, requiring it to be ferried from theater to theater by messenger. Its run lasted only a few weeks. Khmer Rouge forces were closing in on Phnom Penh — by some accounts the sound of artillery could be heard from within the theaters — and when the city fell on April 17, 1975, that single copy was lost.

Over nearly four years, as more than 1.7 million people were massacred, Mr. Mao Ayuth survived by hiding his background as an artist, pretending instead to be a wedding photographer.

He told his story in an interview in 2011 with Tilman Baumgärtel, a journalist and professor of media theory at the University of Applied Sciences in Mainz, Germany, who also taught for a time at the Royal University of Phnom Penh.

After a Vietnamese invasion drove the Khmer Rouge from power in 1979, Mr. Mao Ayuth returned to his craft, but by then Phnom Penh was a ghost town. There were no cinemas and no funding for filmmaking equipment.

It would be about another decade before his second film was screened, in 1988. That movie, “Chet Chong Cham” (“I Want To Remember”), a story of survival during the previous decades of civil war and ruin, is told in flashbacks within flashbacks. It, too, proved popular among a people hungry to see scenes from their recent past.

The Cambodian movie industry then experienced what may have been the fastest growth and quickest decline of any in the world. At its peak, the industry produced 167 films in 1990; the number dropped to just 31 in 1994.

One reason was competition from flashier foreign films; another was the advent of television in Cambodia. But the main cause was film piracy. As soon as a film was screened, it would be pirated and taken home on discs. The absence of strong copyright laws continues to debilitate Cambodian cinema.

Mr. Mao Ayuth’s most popular film, “Ne Sat Kror Per” (“The Crocodile”), in 2005, was based loosely on his childhood memories of crocodile hunters, telling the story of a hunt for the mythical Crocodile King.

He was born on July 8, 1944, in Kampong Cham province, in the central lowlands. His father, Men Thoeung, was a commune official. His mother was Tai Sing.

After attending a scriptwriting program in the early 1960s, Mr. Mao Ayuth worked at Cambodia’s first television station, starting as a production assistant and rising to news director.

A decade later he went to France with a stipend from the national television and radio agency. While on a vacation in the Swiss Alps, he used his hand-cranked camera to produce footage that became part of “Beth Phnek Hek Troung.” The winter scenes of mountains, ski lifts and tourists in fur hats were a thrill for Cambodians, who had never seen snow.

Mr. Mao Ayuth was appointed secretary of state in the Ministry of Information in 1993. He was also president of the Association of Television Stations of Cambodia.

He was recently selected by Prime Minister Hun Sen to create a film series about Mr. Hun Sen’s life as a poor village boy who rose to become one of the world’s longest-serving leaders, in power now for more than three decades.

Mr. Mao Ayuth was still working on the series at his death, regarding it as a distinct privilege.

“When it is for his honor, we must try hard,” he told reporters in January. “It is a huge honor that the top leader has put trust in us, so we must fulfill our obligations to meet his trust.”