Athletics has collapsed in the country due to lack of competitions 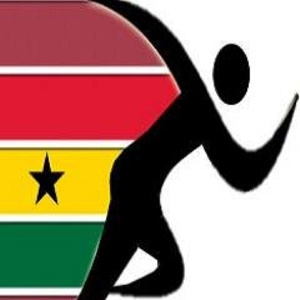 Ohene Karikari, a gold medalist in the 1973 Africa Games says athletics in the country have collapsed despite the abundance of talents in the country.

The former sprinter stated lack of competition in the country should be blamed for the inability of Ghanaian athletes to compete at the Olympics and International competitions.

Ohene Karikari lamented how the lack of competition in the country is depriving the efforts in discovering talents as well.

Speaking in an interview on Happy Sports program Where Are They? with Odiasempa Kwame Oware on Happy 98.9FM he said, ‘Sports is all about competition and if there is no competition then it’s a joke. In an Olympic year we have only organized one competition that is a joke. We don’t even have a team. We are just preparing to fail.

‘Even with the upcoming African Games, we don’t even know the athletes that are going to compete. In Sports, you have to prepare by organizing a competition. Sports is about competition if it’s not competition then its keep fit’.

Ohene Karikari said Ghana has fallen down the pecking order in athletics over the years after being a dominant force in the past.

“Now in international competitions and Olympics, Ghana cannot even compete. We have been left behind despite the abundance of talents in the country”.

“Most of the countries have even developed more than Ghana in athletics. No competition, nothing it with only competition that can help athletes assess themselves before a competition. Without competitions how can we identify talents in the country”, he added.