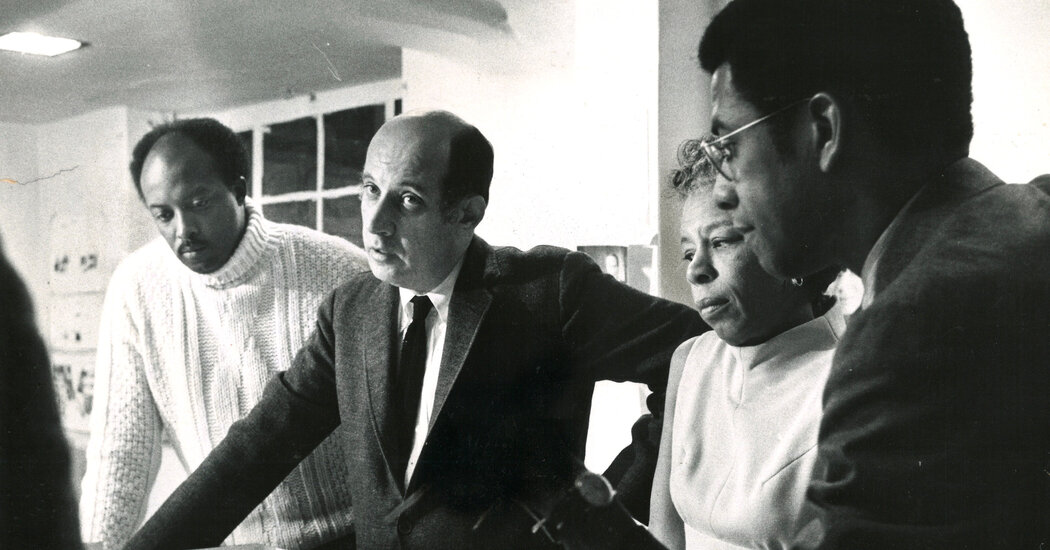 In 1995, when the Met published a new edition of the “Harlem on My Mind” catalog, Mr. Schoener was heartened to discover that the show was being reconsidered. The Schomburg Center for Research in Black Culture in Harlem organized an event commemorating its release, and the historian Henry Louis Gates Jr. wrote in the introduction that the catalog “remains, even a quarter century later, one of the richest and most comprehensive records of the history of the African-American in the twentieth century.”

The reissue prompted Michael Kimmelman of The Times to reflect on the show, “The pity,” he wrote, “is that ‘Harlem on My Mind,’ as you can glean from the reprinted catalog, had its strengths. It was a celebratory exhibition at heart.”

Allon Theodore Schoener was born on Jan. 1, 1926, in Cleveland. His father, Harry, ran a trouser factory. His mother, Ida (Finkelstein) Schoener, was a homemaker. Both his maternal and paternal grandparents arrived at Ellis Island from Lithuania and settled on the Lower East Side.

Allon studied art history at Yale in 1946 and then attended the Courtauld Institute of Art in London before returning to Yale for his master’s degree in 1949. He went on to became a curator for the San Francisco Museum of Art and, in 1955, director of the Cincinnati Contemporary Arts Center. He married Mary Heimsath a year later. Mr. Schoener moved to New York in the 1960s to join the Jewish Museum and the New York State Council on the Arts.

In addition to his son, he is survived by a daughter, Rebecca.

Mr. Schoener retired to Los Angeles in 2010. Fiercely political, he was attuned to the roiling conversation about race in America, and he watched as controversies not unlike the one he faced in 1969 started engulfing museums with regularity.

Last year, the Whitney Museum of American Art in New York canceled a show after artists of color objected to the museum’s obtaining their work through discounted sales, intended to benefit racial justice charities, without properly compensating them. And the American Museum of Natural History agreed to remove a statue of Theodore Roosevelt — in which he is portrayed astride a horse flanked by a Native American and an African man — from outside its entrance in response to protests condemning it as a colonialist symbol.