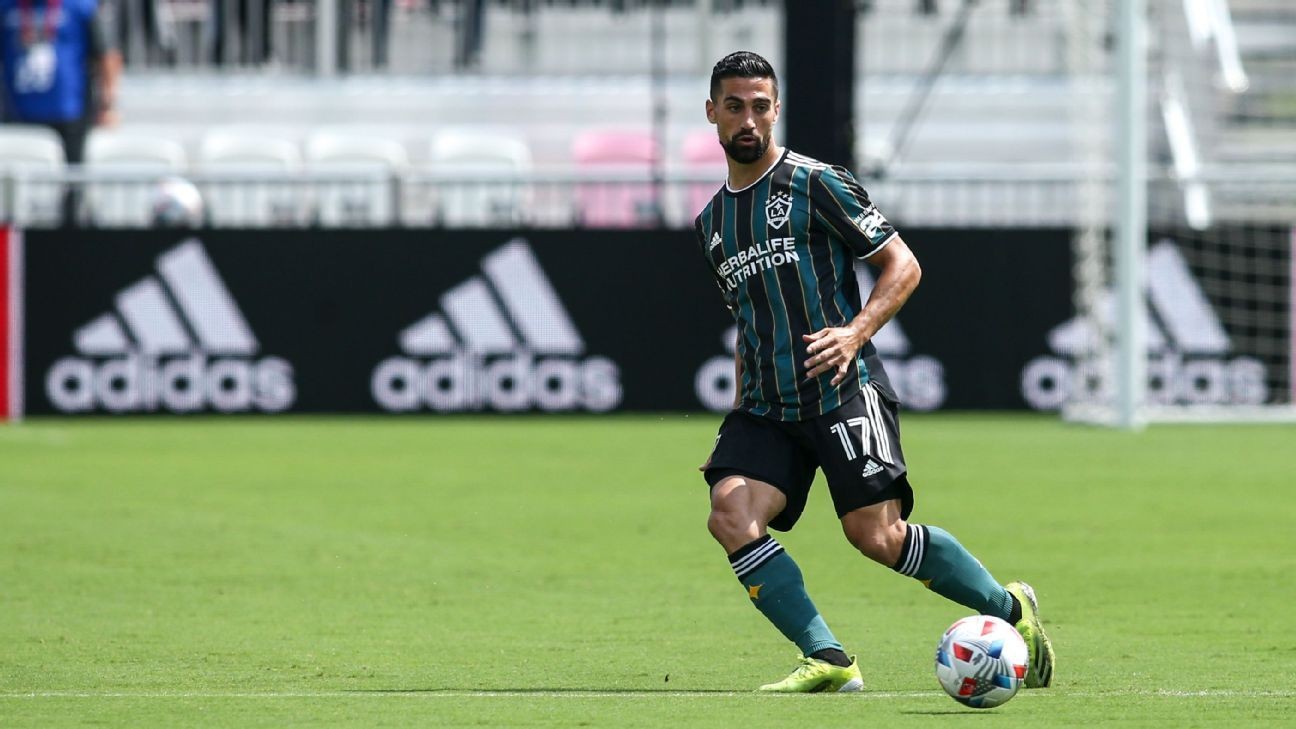 Sebastian Lletget has been given a two-game suspension for using an anti-gay slur. Sam Navarro-USA TODAY Sports

Major League Soccer has suspended LA Galaxy midfielder Sebastian Lletget for two games and fined him an undisclosed amount for using a anti-gay slur on Instagram.

In a video Lletget posted to Instagram on April 9, Lletget used a Spanish slur as he slapped teammate Julian Araujo on the back of the neck following a Galaxy training session. He deleted the video from his Instagram account shortly after posting it.

In addition, Lletget is required to attend diversity, equity and inclusion training through Athlete Ally.

Lletget, who started in the Galaxy’s season opener win against Inter Miami CF, will miss matches against the New York Red Bulls on April 25 and the Seattle Sounders FC on May 2.

Lletget later issued multiple apologies, including one on a Zoom call with reporters on April 14. On that call, Lletget fought back tears and said he will work with MLS to try to become an ally for the LGBTQ+ community.

In its announcement, MLS said that it “acknowledges and appreciates Lletget’s prompt apology and the accountability he has taken for his actions.”

The two-game suspension is one game shorter than past penalties for use of anti-gay slurs. Both Marc Burch, then of the Sounders, and Alan Gordon of the San Jose Earthquakes were hit with three-match bans for using such language on the field of play. Burch’s suspension took place in 2012 while Gordon’s ban was levied in 2013.

A source with knowledge of the situation said that Lletget’s ban was less because he didn’t use the slur in a “confrontational” manner.

Lletget has played for the Galaxy since 2015. Most recently, he appeared for the United States men’s national team during its two March friendlies.