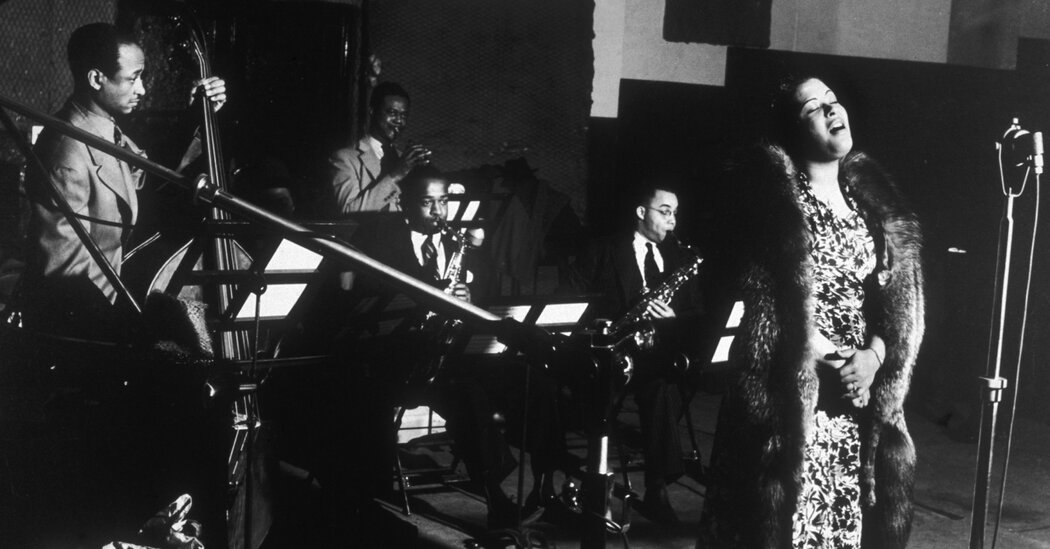 When Billie Holiday first performed “Strange Fruit” in 1939, the song was so bold for the time that she could sing it only in certain places where it was safe to do so.

The song likened the lynched bodies of Black people to “strange fruit hanging from the poplar trees.”

Ahmet Ertegun, the legendary music executive, hailed it as “a declaration of war” and “the beginning of the civil rights movement.”

The song has garnered renewed attention since Andra Day was nominated for an Oscar for best actress for playing Holiday in “The United States vs. Billie Holiday.” The film, which debuted on Hulu in February, chronicles Holiday’s defiance in the face of the government’s efforts to suppress “Strange Fruit.” The Oscars air on Sunday evening.

Holiday popularized the song, causing many to believe she was responsible for its chilling lyrics. That notion was reinforced by the 1972 film “Lady Sings the Blues,” which suggests that Holiday, played by Diana Ross, wrote the song after witnessing a lynching.

In fact, the song was written by Abel Meeropol, a white Jewish schoolteacher in the Bronx.

Mr. Meeropol was moved to write it after seeing a photograph of the lynching of Thomas Shipp and Abram Smith in Marion, Ind., in 1930. The photograph, by Lawrence Beitler, shows two bodies hanging from a tree as a crowd of white people look on, some grinning. Thousands of copies of the photo were printed and sold, according to National Public Radio.

Mr. Meeropol, using the pseudonym Lewis Allen, did not write the song for Holiday. It was first published as a poem in the New York teachers’ union magazine in 1937.

He was known for his communist views, and for adopting the two sons of Ethel and Julius Rosenberg, who were executed after being convicted on espionage charges. Mr. Meeropol’s wife, Anne, sang “Strange Fruit,” as did several others, before Holiday performed it at Café Society, an integrated nightclub in New York City, in 1939.

At the time, the song’s message — conveyed with lines like, “Pastoral scene of the gallant South, the bulging eyes and the twisted mouth” — was immensely controversial.

Yet in the 21st century, “Strange Fruit” has lived on, sampled in the 2000 song “What’s Really Going On,” in which the singer Dwayne Wiggins recounts an episode of racial profiling at the hands of the police in Oakland, Calif.

And in 2021, as the nation continues to reckon with a series of killings of unarmed Black people by the police — often captured in gruesome footage of Black men being shot or, in the case of George Floyd, knelt on by white officers — “Strange Fruit” has maintained its place in the national conversation about racism.

The song “is going to be relevant until cops start getting convicted for murdering Black people,” Michael Meeropol, one of Abel Meeropol’s sons, told “CBS This Morning” before Derek Chauvin, a former Minneapolis police officer, was convicted of murdering Mr. Floyd.

“When that happens, maybe then ‘Strange Fruit’ will be a relic of a barbaric past,” he said. “But until then, it’s a mirror on a barbaric present.”