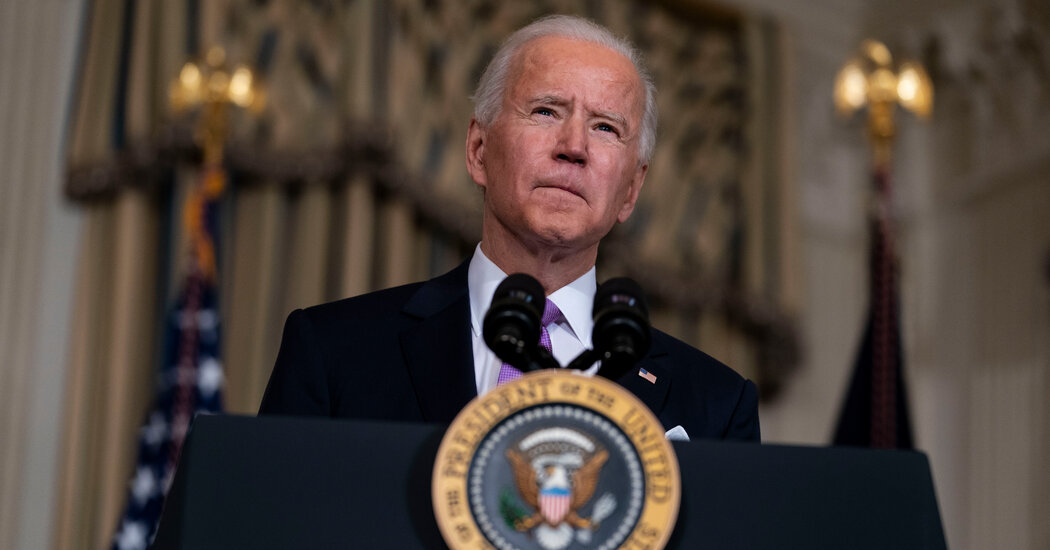 “Biden is actually being Biden by being inside of all of the ways in which the current landscape is sending him messages,” said Rashad Robinson, the president of Color of Change, a racial justice organization that was skeptical of Mr. Biden during the Democratic primary race but now praised some successes while believing much more needs to be done. “That is good, but I don’t want to be classifying this as some sort of out-front radical leadership. That would really not represent everything that could be possible if we leaned in more.”

Yet the Democratic decision to embrace racial issues is not without political peril, given how deeply these matters have come to be defined by partisan divides. While the country’s views on race have shifted, it’s an open question as to how much white liberals and independents would support efforts to truly unwind some of the broader systems — like segregated schools and neighborhoods — that reinforce racial inequality.

A new paper by political scientists at Yale found that support for progressive policies — like raising the minimum wage, forgiving student loan debt and the Green New Deal — actually declines when Democrats frame their arguments in racial terms, despite the shift in public opinion on the topic.

“Democrats’ use of racial frames in describing their progressive policies may inadvertently make it harder for them to adopt public policies that will advance racial justice,” the Yale researchers write.

Mr. Biden is far from the only Democrat speaking more explicitly about race. After George Floyd, many Democratic voters and politicians found themselves getting a crash course in racial inequality. Some of the efforts to show solidarity were ham-handed, at best: When Democrats released legislation to overhaul policing last June, they did so draped in cringe-worthy kente cloth stoles. Even this past week, Speaker Nancy Pelosi offered a tone-deaf response to the guilty verdict against Derek Chauvin by thanking Mr. Floyd for “sacrificing” his life, seeming to imply that the victim of police violence had a choice in the matter.

But during the campaign, Mr. Biden “did the work,” as liberal activists would say, despite his occasional gaffes when talking about race and Black Americans. He apologized for portions of the 1994 crime bill. His campaign released a comprehensive plan to address racial disparities on issues ranging from health to policing, with a particular focus on advancing economic equality, increasing access to affordable housing and education and reforming the criminal justice system.

Since taking office, Mr. Biden has vowed to make racial equity central to every element of his agenda — from his response to the coronavirus pandemic to where infrastructure is built to how climate policies are crafted.