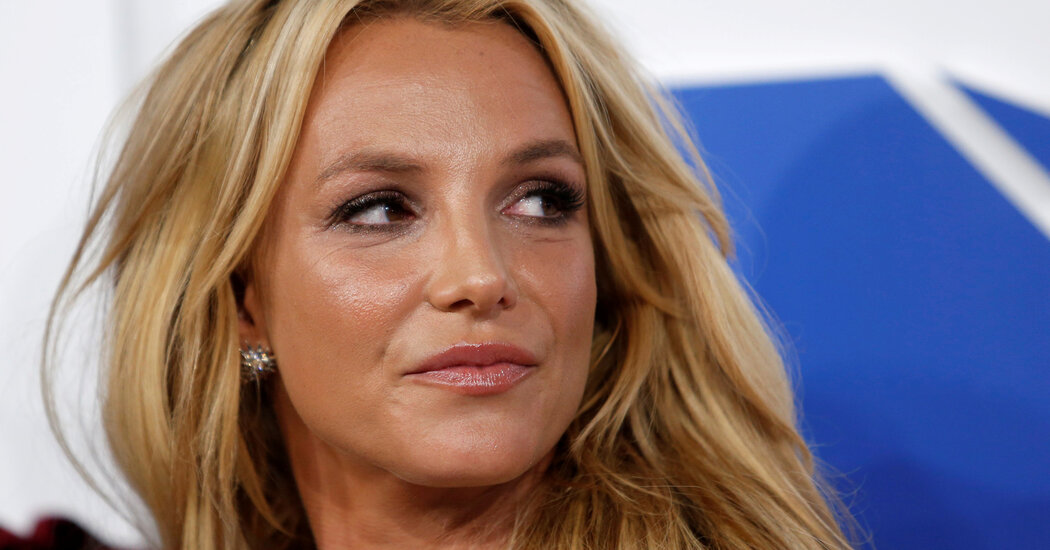 Britney Spears has something to say.

After years of relative silence regarding the court-approved conservatorship that has controlled much of her life since 2008, a lawyer for the pop singer requested on Tuesday that Spears be allowed to speak at a hearing soon.

“The conservatee has requested that I seek from the court a status hearing at which she can address the court directly,” Samuel D. Ingham III, the court-appointed lawyer who represents Spears in her conservatorship, asked the judge overseeing the case. He proposed that the hearing be scheduled on an “expedited basis,” preferably within 30 days.

The judge, Brenda Penny, agreed, and she set the hearing regarding the status of the conservatorship for June 23. An additional hearing in the case was scheduled for July.

The request on behalf of Spears came during a remote virtual meeting in the case that mostly amounted to housekeeping between lawyers. But the possibility that the typically shrouded pop star would address the court represented a shift for Spears, who has rarely commented on the case for more than a decade.

It would mark the first time Spears has done so in court since seeking substantial changes to the conservatorship, including the removal of her father, Jamie Spears, from what had been a leading role in the arrangement.

For years, fans and observers have questioned why the singer was in a conservatorship, sometimes known as a guardianship, at all, with some arguing that she was being held against her will or taken advantage of. Conservatorships are typically reserved for the very ill, old or infirm, but Spears continued to perform and bring in millions of dollars.

Conversation around Spears’s situation — fueled in part by the fans calling themselves the #FreeBritney movement — picked up earlier this year following the release of “Framing Britney Spears,” a TV documentary by The New York Times.

Spears has been in a conservatorship for 13 years, following a prolonged public breakdown that required multiple hospitalizations. Her exact medical diagnosis is not known.

Outside of the courtroom, Spears has referred only obliquely to her legal situation, assuring fans concerned about her well-being that she was “totally fine.”

“I’m extremely happy, I have a beautiful home, beautiful children,” Spears said on Instagram this month. “I’m taking a break right now because I’m enjoying myself.”

Things have been more contentious in court filings, where Ingham has said that Spears was “strongly opposed” to her father returning as her personal conservator.

Jamie Spears currently serves as a co-conservator of his daughter’s estate, helping to oversee her finances alongside Bessemer Trust, a corporate fiduciary. Previously, Jamie had also served as Britney’s personal conservator, helping to arrange her medical and mental health care, security and more. He stepped down from that role in September 2019, citing health problems.

The singer had requested that Jodi Montgomery, a licensed professional conservator, remain in the role that she has held temporarily since 2019. Ingham has said that Spears was “afraid of her father,” and would not perform if he remained in charge.

Spears’s mother, Lynne, has also raised questions regarding $890,000 in legal fees for Jamie Spears, which her lawyers have called “procedurally improper” and “utterly excessive.” (Lawyers for Jamie Spears responded: “She has not been involved in her daughter’s conservatorship until very recently, and she is now raising objections to fees related to matters that she has no knowledge of.”)

Vivian Lee Thoreen, a lawyer for Jamie Spears, has said that the singer’s father “diligently and professionally carried out his duties,” and that his daughter’s safety was his top priority.

Jamie Spears “would love nothing more than to see Britney not need a conservatorship,” Thoreen said in March.

“Whether or not there is an end to the conservatorship really depends on Britney,” she added. “If she wants to end her conservatorship, she can file a petition to end it.”