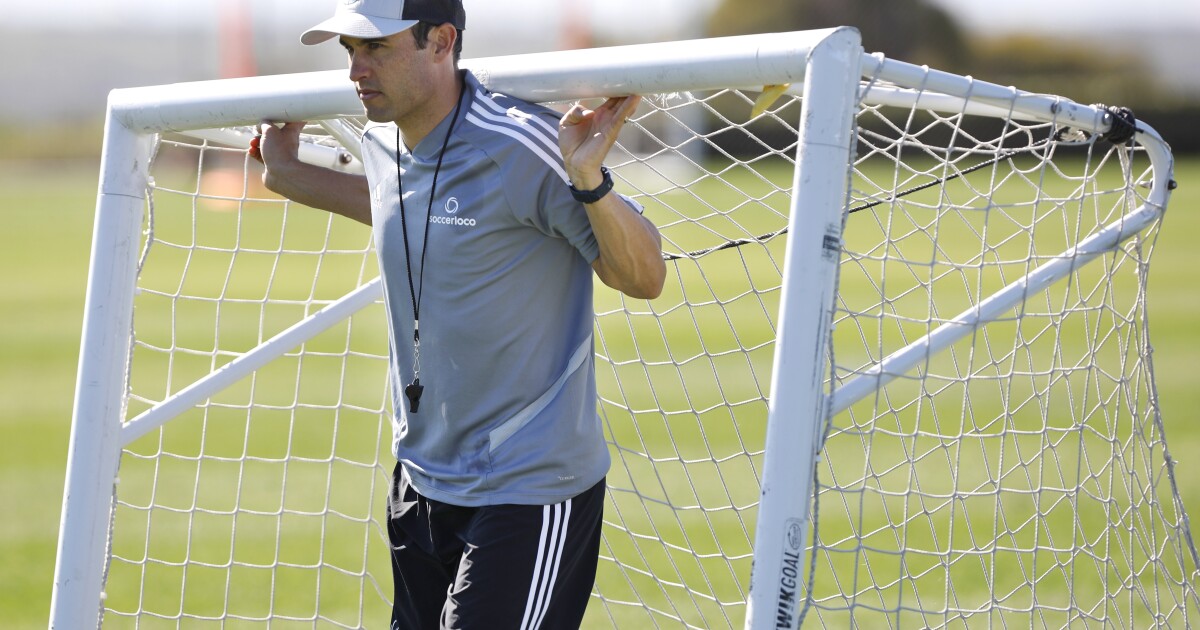 Landon Donovan was the best American soccer player in the world, said international pundits, during parts of a career that took the midfielder and forward to the World Cup and the top leagues in four countries.

Now coming off his first season as a coach, Donovan said he expects big things from the SD Loyal team, starting Friday (7 p.m., ESPN2) in Phoenix.

The coach pronounced his players “very ready” for the first game and 32-game United Soccer League Championship schedule that concludes October 24 at the University of San Diego’s Torero Stadium.

“We feel well prepared,” he said, “and we’re really excited to start the season.”

Soon after a capacity crowd of 6,100 saw the first match, the pandemic shut down U.S. sports leagues including the second-division USL.

Twice after the season resumed, SD Loyal traveled to another city, only to turn around when an opposing player was found to have tested positive for the coronavirus.

SD Loyal fell into a deep scoring drought that coincided with summer heat. Though Donovan said he wasn’t ever tempted to put himself into the lineup, his patience was tested when SD Loyal went a whole match without putting a shot on goal. Twice, Donovan and players exited the field in protest of an opponent using a racial or homophobic slur.

Rallying with help of players on loan from Major League Soccer, the team finished with a 6-5-5 record.

“Grant has continued to grow; it’s really enjoyable to watch him grow and mature,” Donovan said. “He’s in line for a really big year.”

Forward Corey Herzog, who scored 27 USL goals the last two years for the now-defunct Reno franchise, is among six newcomers on the roster.

SD Loyal is without one of its featured offseason additions, defender Ebenezer Ackon. Donovan said he remains in Ghana because of a visa issue. On Thursday the Loyal signed defender Joshua Yaro, another Ghana native who played for Philadelphia’s clubs in MLS and USL Championship before spending the last two years with San Antonio.

What can fans expect from SD Loyal in style of play?

“A team that dictates the pace and the tempo of the game, and controls the game,” Donovan said. “Doesn’t mean we’re always going to win or it’s going to be perfect. But we’re going to play the game in a manner that we want, versus adapting to others.”

SD Loyal will play four road games before the home opener May 29 against Las Vegas. Fans can attend games, though seating capacity will be reduced in compliance with state guidelines.

“The last year taught us how much fans are part of the sporting experience, and how much we miss them,” Donovan said.

Share
Facebook
Twitter
Pinterest
WhatsApp
Previous articleMartin Amidu says only beneficiaries of state capture will disagree with Sam Jonah
Next articleBiden Has Elevated the Job of Science Adviser. Is That What Science Needs?
- Advertisement -