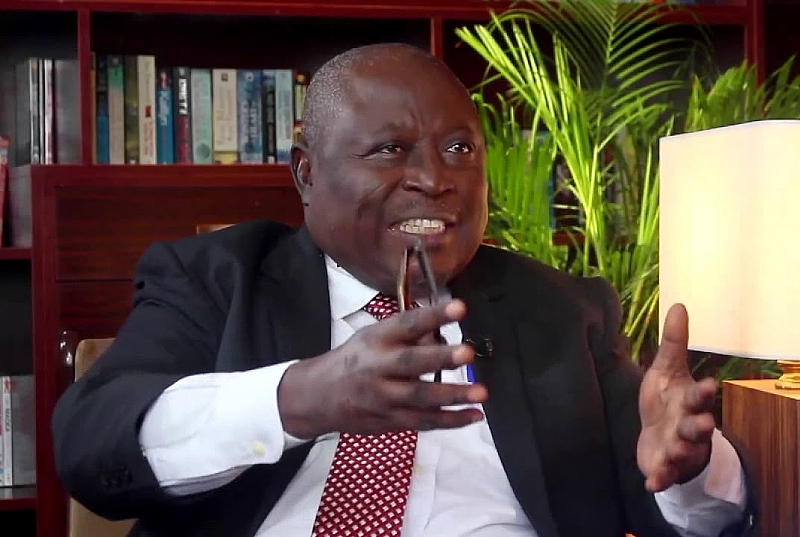 At a Rotary Club function last weekend, the former AngloGold Ashanti boss insinuated that the country seems to be in a culture of silence.

“What is baffling is that those who used to have voices on these things seem to have lost their voices. People speak on issues based on who is in power. Is our deafening silence suggesting that we are no longer concerned about issues that we complained about not too long ago, particularly when those issues persist….. The molestation of and in some cases assassination of journalists, murder of MPs, corruption, the harassment of anti-corruption agents.

“We have just finished another election , the 8th in the series since the beginning of our fourth Republican democratic experiment. As usual, the accolades came in from all corners of the world , and we took them with pride. What we failed to tell the world is that some people lost their lives in the course of the election .

But some have disagreed with Sir Sam Jonah.

A leading member of the New Patriotic Party (NPP), Gabby Asare Otchere Darko, for instance, has stated that “what I see now in Ghana is a Culture of Bizarre Intolerance but by a Special Class who believe they have the right to speak and squeal freely but others must be silent and not challenge the views of that Special Class”.

But in his latest write-up questioning the online reportage of Asaase Radio – owned by Mr Otchere Darko – on the nomination of a new Special Prosecutor, Mr Amidu said he appreciated Sir Sam Jonah’s concerns even before reading the reportage and can only conclude that no impartial observer can disagree with the Chancellor of the University of Cape Coast (UCC) .

“I read Sir Sam Jonah’s expose on impunity, corruption, and other “isms” militating against the fight against corruption in Government and the economy before reading the series of propaganda publications by Asaase Radio on its preferred and proposed new Special Prosecutor.

“No impartial observer can disagree with Sir Sam Jonah’s reflections except beneficiaries of the system who loot from the public purse.”

The former Attorney General stressed that the fight against corruption in Ghana “has been and is still in state capture”.

He insinuated that he has also recoiled into silence as per an undertaking.

“I am honouring an undertaking by my silence in not commenting on public affairs. Stop tempting me to speak by the defaming propaganda against me. It will not be in anyone’s interest.”