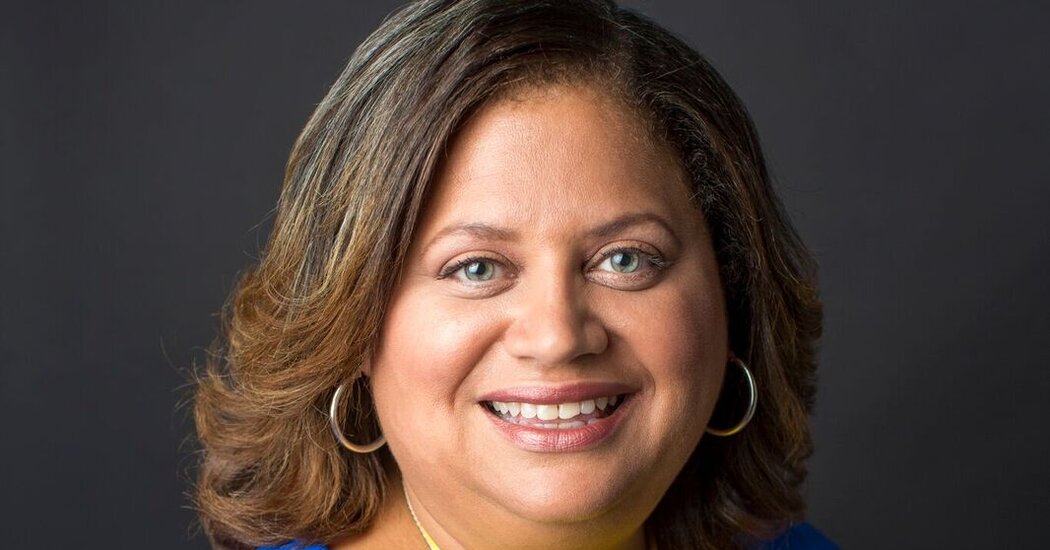 Michelle T. Boone, a former commissioner of cultural affairs for the City of Chicago, has been named president of the Poetry Foundation, nearly a year after the previous president resigned amid an intense outcry over the Chicago-based organization’s perceived lack of commitment to social justice.

Boone, who was chosen in a national search, brings a résumé long on community engagement and service at several major Chicago institutions, including Navy Pier, where she is currently chief program and civic engagement officer. As cultural affairs commissioner under former Mayor Rahm Emanuel, she spearheaded the development of the city’s 2012 cultural master plan, as well as organizing more than 2,000 programs and special events, including the new Chicago Architecture Biennial.

In a telephone interview, Boone said one of her main goals at the Poetry Foundation would be to better connect with Chicago’s diverse residents, including those far from its modernist headquarters on the city’s upscale Near North Side.

“The work ahead is really going to be about change,” she said. “It’s about being better, more inclusive, and doing that in partnership and in tandem with the people we are here to serve.”

Boone’s appointment follows a period of tumult at the foundation, which has an endowment valued at roughly $300 million, making it one of the nation’s wealthiest literary organizations. Last spring, when the pandemic hit, it came under criticism for what some saw as a failure to use its riches to help struggling poets and literary organizations.

Then, in June, its president and board chairman resigned after more than 1,800 people, including several dozen poets connected with the foundation, signed an open letter criticizing what was seen as a tepid statement of support for Black Lives Matter, and called on the foundation to “redistribute more of its enormous resources” to aid social justice and antiracism efforts.

Weeks later, Don Share, the editor of Poetry magazine, the foundation’s publication, resigned after a 30-page experimental poem by Michael Dickman was criticized for what some saw as racist language and imagery in several passages written from the imagined point of view of his mentally declining grandmother. The poem was removed from the magazine’s website, and the magazine announced that — for the first time in its 108-year history — it would be skipping a month of publication, as part of the reckoning with “the deep-seated white supremacy of our organization.”

Since then, the foundation has hired three guest editors, all women of color, and distributed $1.3 million in emergency grants to individual poets and literary organizations across the country. It has also pledged to partner with Black historians “to research and document the debt that the Poetry Foundation and Poetry magazine owes to Black poets in extensive detail.”

Boone, in the interview this week, called past complaints about insufficient sharing of resources “a legitimate gripe,” but said she had been impressed by the foundation’s efforts to respond to criticism.

“The outcry represents the passion people have for the foundation, wanting it to be better and do better,” she said. “Because they cared, I think it presents an opportunity.”

The Poetry Foundation was created in 2003, after the philanthropist Ruth Lilly, a great-granddaughter of the pharmaceutical magnate Eli Lilly, made a surprise gift of more than $100 million to Poetry magazine. A small but respected, journal with a staff of four, which was known for its early embrace of modernism, was instantly transformed into a major cultural player. Even before last year’s outcry, though, it had faced criticism over spending priorities and what some saw as an insular, clubby culture that was disconnected from the city’s poetry scene, including its youth-driven slam poetry.

Today, the foundation has a staff of more than three dozen, and an annual operating budget of $11 million that supports an array of prizes, fellowships and public programs like the Chicago Poetry Block Party, an annual community festival founded in 2016. (The foundation’s in-person programming has been paused during the pandemic.)

Boone said her own relationship with poetry was shaped by growing up in Chicago in the 1970s amid the flowering of the Black Arts Movement, when the work of Chicago poets like Gwendolyn Brooks and Oscar Brown Jr. were on school curriculums and in the air.

“Poetry was huge then,” she said “There wasn’t a girl my age who didn’t recite Nikki Giovanni’s ‘Ego Tripping’ in an assembly.”

“Poetry to me is so connected to music, lyrics, spoken word,” she added. “It’s just always been there.”