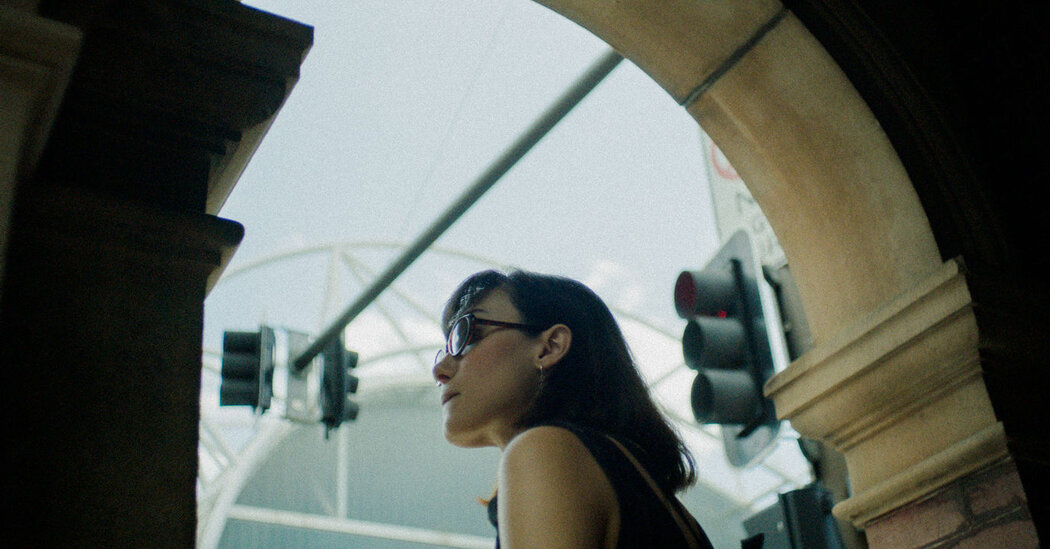 A wildly eclectic, cutting edge and globe-spanning lineup has always epitomized New Directors/New Films, the annual showcase of emerging filmmakers presented by Film at Lincoln Center and the Museum of Modern Art. This year’s 50th anniversary edition is part of a citywide return to theaters, with in-person screenings taking place from Wednesday through to May 13. The program will also screen virtually (through May 8), along with an online retrospective of selections from decades past including early works by directors like Lee Chang-dong, Christopher Nolan and Charles Burnett.

Color me shocked if any of this year’s participants wind up directing a Batman movie in a decade. Though if I had to guess based purely on the kineticism of the filmmaking, my vote would go to the Indian director P.S. Vinothraj for his gripping debut, “Pebbles.” It’s essentially a road movie, about a young boy and his fiendish, alcoholic father forced to trek home by foot in the drought-ridden hinterlands of Tamil country. Vinothraj palpably summons the violence and oppressive nature of their relationship — and their bleakly impoverished milieu — with intensity and tremendous visual flair.

Significantly lighter in tone, but no less tragic in its own way, is the deceptively brisk festival opener, “El Planeta,” by the conceptual artist Amalia Ulman. Building on a lineage of delicate black-and-white comedies from Hong Sang-soo, Noah Baumbach and other directors, the film is anchored in the realities of Spain’s recent economic crisis. It unfolds as a series of vignettes, each one a droll, seemingly banal snapshot of the lives of a mother and daughter — fashion divas both — in the northern Spanish city of Gijón. With their fur coats and fancy dinners, the two women are obsessed with glamour and success to the point that they willfully ignore the looming threat of eviction, spending borrowed money on frivolous things rather than paying the bills. Ulman, the writer-director who also stars (opposite her actual mother), gradually reveals the extent of the women’s troubles with deft and sly humor, a refreshing and revealing reprieve from the overly dignified, forcefully stark poverty portraits we usually get.

On the whole, the program is particularly keen to dismantle a monolithic view of womanhood. “Madalena,” by the Brazilian director Madiano Marcheti, is a tripartite meditation on the death of a transgender woman culminating in a bittersweet gathering of friends, a beautifully queer communion. On the other side of the world, “Dark Red Forest,” by the Chinese documentarian Jin Huaqing, vividly captures the hard-core dedication of Tibetan nuns on a freezing, spartan retreat.

Three films about older women stand out: There’s Ainhoa Rodríguez’s exquisitely somber “Destello Bravío,” about a group of women stuck in a dead-end Spanish town with their idiot male counterparts. Their gloomy routine, however, is interrupted by bursts of surreal eroticism, unsettling manifestations of their repressed desires. From South Korea comes an unconventional #MeToo tale from the director Kim Mi-jo: “Gull,” an infuriating drama that considers how age and class can make the pursuit of justice even more complicated for victims of rape.

I was especially taken by Jonas Bak’s gentle character study “Wood and Water,” which pairs wonderfully with Chantal Akerman’s “The Meetings of Anna,” a film in the retrospective program that’s also about a solitary female traveler. In “Wood,” a retired church secretary from Germany (played by the filmmaker’s mother, Anke Bak) travels to Hong Kong to visit her estranged son, though his continual absence — even as she’s staying at his apartment — forces her to explore the city on her own. It’s not a terribly eventful movie, despite the backdrop of massive protests; perhaps that’s why it so successfully avoids the cliché of the white woman “finding” herself in a foreign land. Instead, it’s in the brief encounters, the small talk and the unspoken hurt that our heroine comes to life.

Like “El Planeta,” James Vaughan’s “Friends and Strangers” had me cackling at its dry and gleeful absurdity. Set in and around Sydney, it starts off as a kind of anti-romantic comedy, with a chance meeting between two twenty-somethings that leads to an impromptu camping trip. The film then devolves into something much weirder and more ridiculous as the two part ways and we’re introduced to their small, interconnected world of awkward conversations and bougie ignorance. It’s mumblecore par excellence but laced with a satire of white Australia and its historical amnesia.

In fact, a reckoning with the ghosts of colonialism distinguishes a number of worthwhile titles: The eerie Dominican drama “Liborio,” by Nino Martínez Sosa, pits a spiritual leader and Indigenous Christ figure against a conniving American military presence; Jessica Beshir’s “Faya Dayi,” a dreamy and visually dazzling black-and-white documentary, considers the toll of the Ethiopian khat trade on a rural community across generations. (The country is the world’s biggest exporter of khat, an addictive drug, a chewable leaf with amphetaminelike qualities.)

“Azor,” the delectably lavish debut by the Swiss director Andreas Fontana, is intentionally discreet, opting for pervasive ominousness and polite conversation charged with double meaning. Think John le Carré and Francis Ford Coppola, but set in the world of Swiss banking elites and Argentine high society during the infamous “dirty war” of the 1970s. Come for the suave personalities and impeccably tailored suits, stay for the trenchant critique of modern capitalism and its ivory-tower movers and shakers.

From Nigeria but nothing like the rushed, microbudget productions that define the country’s film industry, “Eyimofe (This Is My Desire)” is an absorbing social drama. Directed by the twin brothers Arie and Chuko Esiri, this sweeping portrait of Lagos is divided into two parts: in the first, a middle-aged engineer is plunged into a bureaucratic hellhole as he struggles to pay off his debts following a tragedy; in the second, a young woman strives to preserve her autonomy while caring for her pregnant sister and fending off a creepy suitor. The protagonists from both parts are united by their desperation to secure passports — the dream of escape hangs over them, while the complexities of Lagosian life are captured with empathy and wistful resignation.

At the avant-garde extreme of the program is the director Fern Silva’s psychedelic mixtape of a movie, “Rock Bottom Riser.” An assembly of discontinuous moments, the film builds up to an ethnographic and ecological sketch of Hawaii. Amid long, hypnotizing shots of bubbling magma, however, a tension emerges between the island’s traditions and the commercializing forces of American tourism. It’s dense stuff, but Silva is not without a sense of humor (see: an EDM-scored interlude at a vape shop with a posse of smoke-ring enthusiasts).

Considering the festival’s half-century life span, I started thinking about two films in the program that would be unimaginable a few decades ago, inundated and informed as they are by the technologies of modern life.

The first is Jane Schoenbrun’s uncategorizable debut, “We’re All Going to the World’s Fair,” an unsettling tribute to the mysteries of online culture that’s also uniquely attuned to the kinds of intimacy and solace to be found in its strangest trenches. Then there’s Theo Anthony’s riveting closing-night film, “All Light, Everywhere,” a visual essay about perception — in the most basic sense. What are we looking at? How are we looking? What constitutes a reliable gaze? The film is a revelatory, metaphysically disturbing examination of surveillance, from the origins of photography to present-day social media tracking and the body-cams used by law enforcement. Truth, per Anthony, is always intermingled with deception, undermining our claims to objectivity. Perhaps all we can do is work to continuously expand our frames of reference.