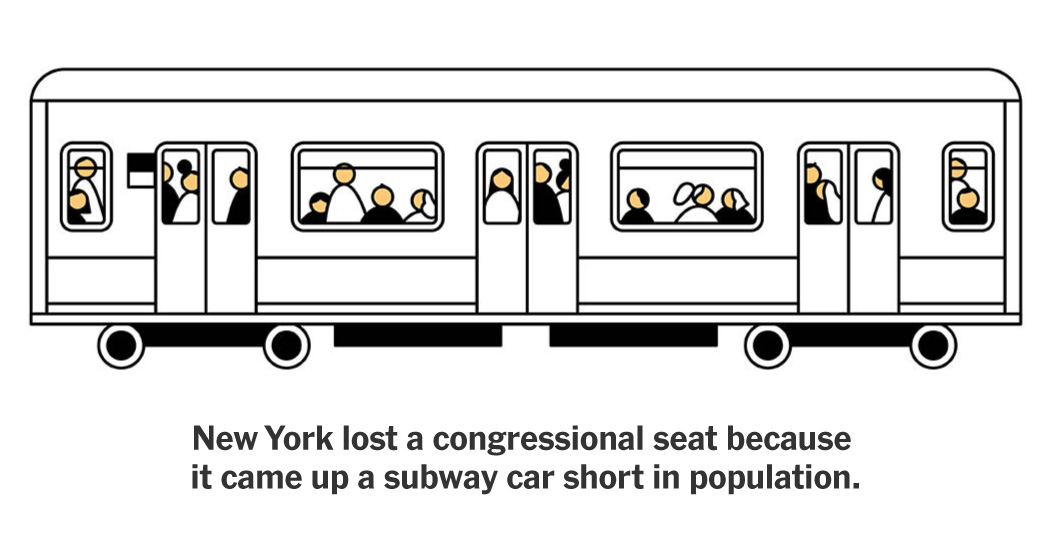 Every 10 years, a state’s population determines how many seats it gets in Congress, and sometimes, a small number of people can make a big difference. Here’s a look at just how many people it can take to change — or almost change — representation in Washington.

New York lost a seat this year because it was short 89 people, about the number of riders in an M.T.A. car.

New York would have kept its 27th congressional seat had the state counted 89 more residents in the 2020 census.With that number — the amount that could fill a single New York City subway car during off-peak hours — the state would have stopped its eight-decade streak of declining congressional representation.

That’s an extremely small margin for a state that counted more than 20 million people last year.

The reapportionment process doles out the 435 congressional seats to each of the 50 states. Each state gets a minimum of one seat, but the remaining 385 seats are decided by the Method of Equal Proportions, a mathematical process that takes into account the populations of each state.

Each state’s population affects how the process works for other states. The scenarios in this article look at what would happen if the populations of every state stayed the same except for the one in question.

When counting efforts began in New York, it was reeling from the coronavirus pandemic. The slim margin in the state this time around has led to criticism of how it prepared for the census.

“There’s talk of legal challenges,” said Kimball W. Brace, whose firm, Election Data Services, mostly assists Democrats. “I think it might be too early to tell, because one critical factor that we do not know is really how good was the census this time, and we won’t really know that until August, September, when the more detailed data comes out.”

The more detailed census data will include counts at smaller geographic levels, which would shed light on whether certain neighborhoods were undercounted. 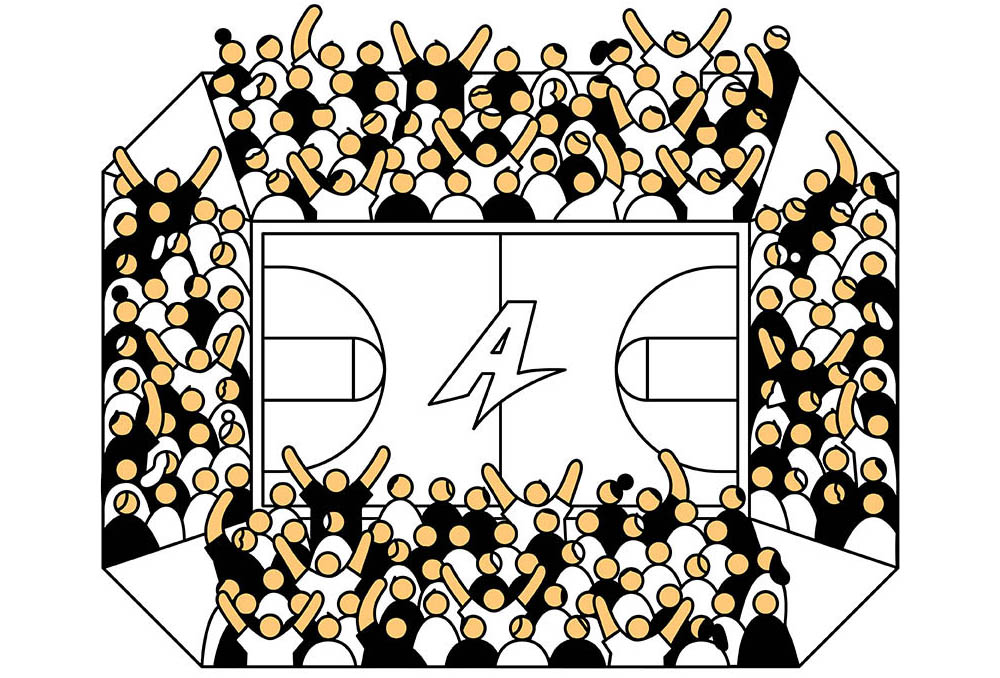 North Carolina gained a seat in 2000. 3,086 people, about the capacity of a basketball arena, made the difference.

In 2000, North Carolina added representation with a margin that is close to the number of fans at a sold-out college basketball game in Asheville, N.C.

Slimmest margin by which a state gained a seat, for each census

This year, Montana added back a seat it had lost in 1990. It was the count of 6,371 that made the difference — the slimmest margin with which a state added a seat in the most recent census. Instead of a single district, Montana, which saw its population rise 10 percent over the last decade, will now be split into two districts for the 2022 midterm elections. 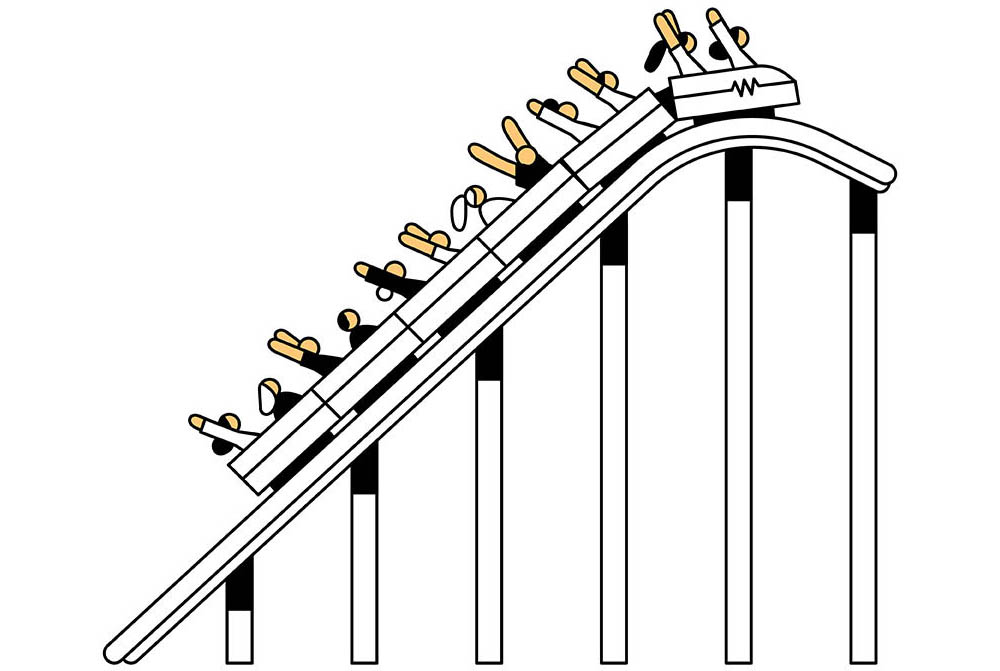 Minnesota would have lost a seat this year if not for 26 people, about the capacity of a roller coaster.

Minnesota held onto all eight of its congressional seats this year because of 26 people, which, since 1940, is the smallest margin by which a state almost lost a seat. That’s about the number of people who can fit in one of the roller coasters at the Mall of America, substantially smaller than the last time Minnesota held its seats with the lowest margin a decade ago.

Slimmest margin by which a state almost lost a seat, for each census

The seat that New York lost this year went instead to Minnesota. 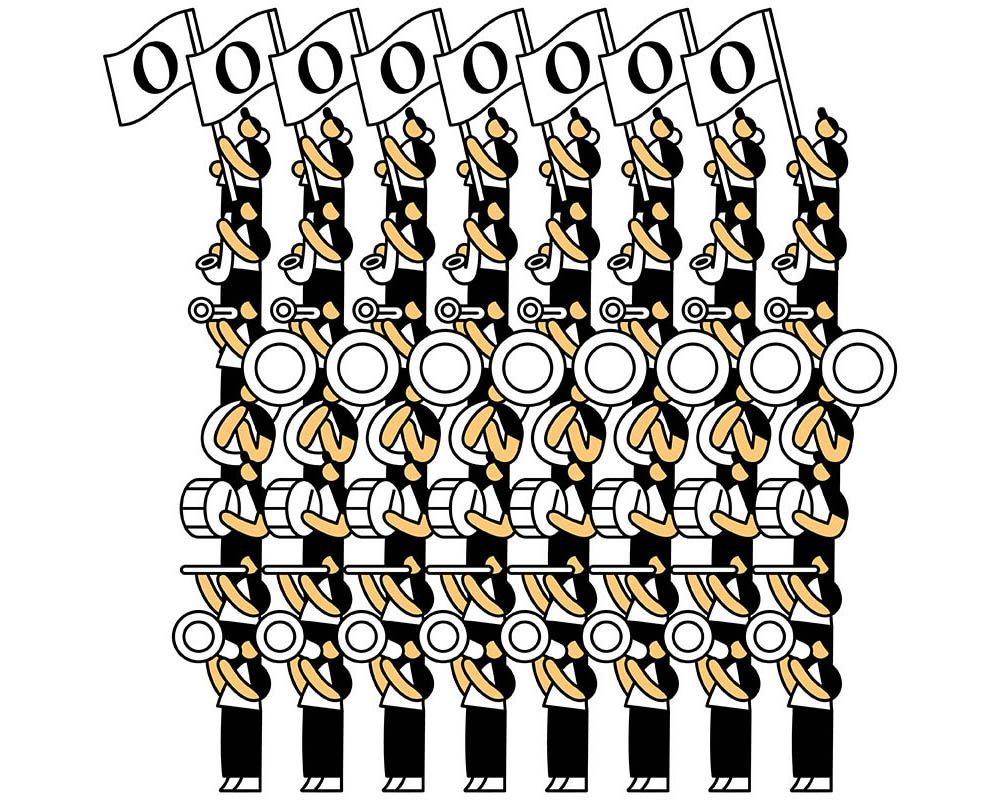 Oregon would have gained a seat in 1970 if it had counted 231 more people, about the size of a marching band.

Oregon could have added a fifth seat to its congressional representation if 231 more people had been counted. That’s about the number of members in the University of Oregon marching band.

Slimmest margin by which a state almost gained a seat, for each census

“It’s important for people to participate,” Mr. Brace said, referring to the census.

When the margins are this slim, “people should be cognizant of where apportionment plays a factor in their lives.”