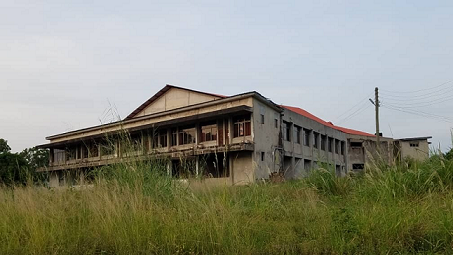 Togbe Edinam Ansah, a music composer, has appealed to stakeholders to complete the Volta Regional Theatre project, which stalled over the years in Ho.

He said the weight of the project on the promotion of cultural activities in the Region must be considered, and that political and traditional leaders must save the “important” facility from going waste.

Togbe Ansah, who made the appeal in an interview with the Ghana News Agency (GNA) said the project, which was initiated in the Rawlings era progressed mainly on advocacy, and recounted how about a decade ago, a musical concert had to be organised to get it roofed.

He said the undone project had since passed another decade, and that it was time “concerned citizens” got involved once again.

“Nothing is happening in the Region. No arts, no learning, nothing. There is no promotion of culture in Volta and it must be revived,” Togbe Ansah said while suggesting a public fundraiser.

“May I humbly appeal to our Volta Regional Minister, the Regional House of Chiefs, the Clergy, Church and Mosque leaders, and the Volta caucus of Parliament to support our dying Volta Regional Theatre.

We have the root and soul of the Volta Region there. We cannot go to sleep now forgetting our culture, norms, values and our music, which is our divine language and our existence. Posterity will never forgive us.

Togbe Ansah who is a member of the Musicians Association of Ghana and runs a Life Foundation music school in Ho, said the Region required an ultramodern, well equipped facility to attract, nurture, and encourage potential talent.

He added that with the Region opened up for tourists, culture promotion would require a boost, and lamented the limited opportunity for visitors to sample local tradition and arts.

“Some friends of mine from foreign complained that whenever they wanted to hear traditional music it’s mainly at funerals, and which also only offered pre-recorded works,” he said.

The regional theatre is a 1000 capacity auditorium facility with a stage, changing rooms, offices.
The plan also included a culture village, a crafts market and a mini zoo, although encroachments had claimed portions of the allotted land.

The uncompleted project presently houses the Regional office of the Centre for National Culture.