A Marriage That Started With a Search for Justice 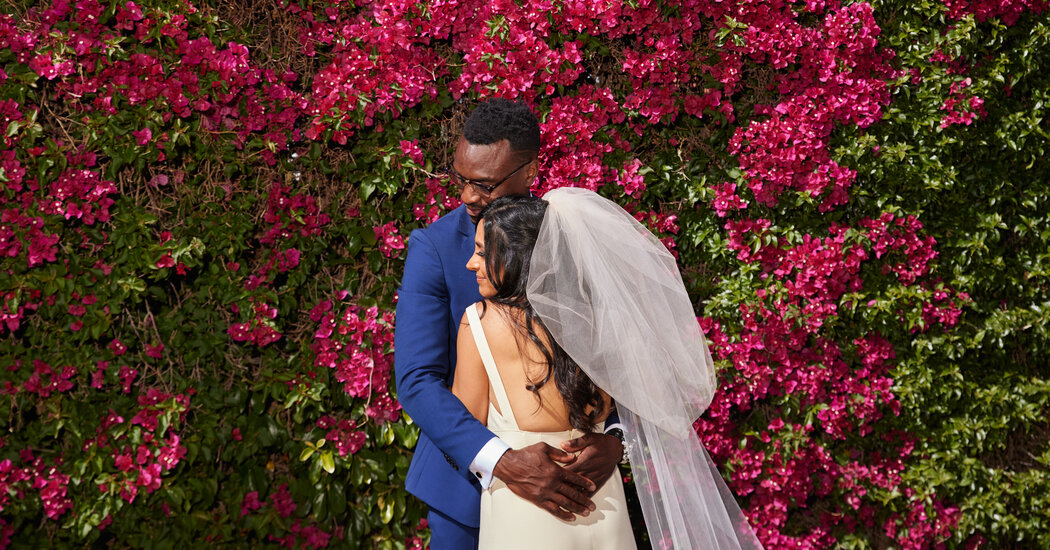 Mr. Dixon is a project manager at Raw Development, a construction company based in Los Angeles. He graduated from Stockton Unified School District while in prison. Originally from Alameda County, Mr. Dixon now lives in Los Angeles. He continues to fight for his exoneration.

“His hope is to once again become whole,” Ms. Lewis said. He also serves on the board of the Anti-Recidivism Coalition, a nonprofit group focused on ending mass incarceration in California.

After their official first date on Aug. 2, 2019, Mr. Dixon told Ms. Lewis that he wanted to meet her son, Cy, who was 7 at the time. Mr. Dixon told her if Cy didn’t approve, there wouldn’t be a second date. “I had never had a man tell me that my son was his first priority,” Ms. Lewis said.

Three days later, he went to Ms. Lewis’s home and built a Hot Wheels track to surprise Cy. A few days later, the two met. “After that, I asked Cy, ‘Do you like this guy? Do you need more info? Because we don’t have to keep him,’” Ms. Lewis said. Cy approved from the start. “Then I knew we would be able to be a family,” Mr. Dixon said.

Mr. Dixon proposed to Ms. Lewis at their home Jan. 28, 2021, planning it with Cy. Rose petals were strewn across the room, and Mr. Dixon stood beside a heart-shaped cake holding an open ring box. “He even incorporated my son into his proposal,” Ms. Lewis said, “saying that it’s because of Cy that he is able to ask this question: Will you marry me?”

The couple were married April 3 at their home in Los Angeles with 10 people attending in person and another 126 on Zoom from all over the world, including England, Israel, Japan, Malawi, Costa Rica, Mexico and Australia. Ms. Lewis’s brother, Ryan Hatami, hosted the Zoom celebration from Sydney.