NYC Plans $25 Million Program to Put Artists Back to Work 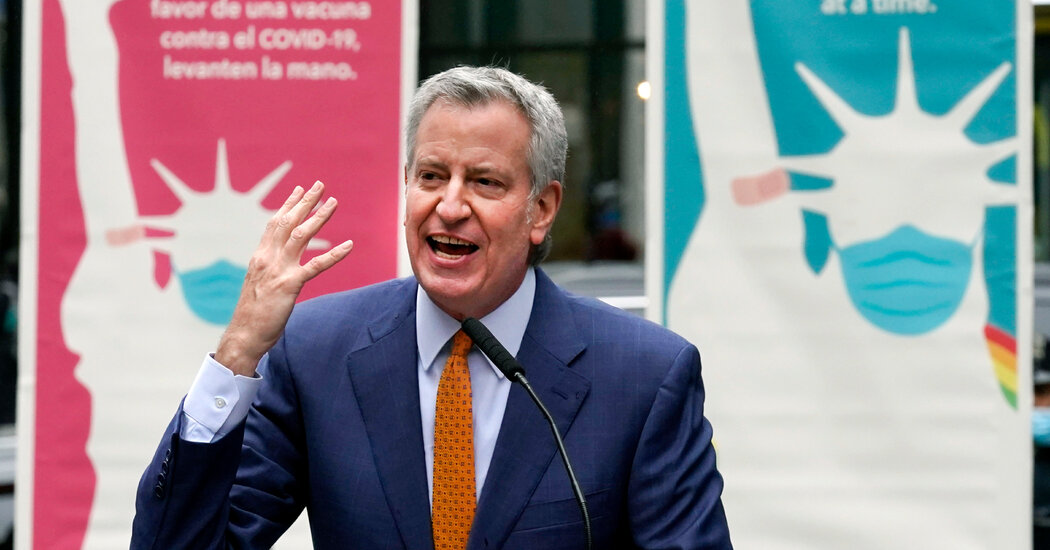 New York City is launching a new program to provide funding to artists for public works, an effort to lend financial support to artists whose income plummeted during the pandemic and who have clamored for government relief, officials announced on Thursday.

The program, the City Artist Corps, will give money to artists, musicians and other performers to create works across the city, whether through public art, performances, pop-up shows, murals or other community arts projects.

Gonzalo Casals, the city’s cultural affairs commissioner, said the initiative would help ensure that artists were not left out of the city’s recovery from the pandemic.

“We want to make sure that we put funds in the pocket of artists,” Mr. Casals said in an interview. “Artists have been one of the hardest-hit populations. They have so much to offer and so much give.”

Officials said the city will spend $25 million on the program, which is expected to create jobs for more than 1,500 artists in New York City.

The effort marks a significant investment for the arts in the city. The National Endowment for the Arts, an art-funding agency that serves the entire country, has a budget this year of about $162 million.

New York’s vibrant arts and entertainment scene was devastated by the pandemic. Performing-arts venues were forced to close when the city shut down, projects were canceled and budgets were decimated.

A report from the state comptroller’s office found that employment in the city’s arts, entertainment and recreation sector fell 66 percent in 2020.

Because many independent artists work on a project-by-project basis, that figure probably understates the full economic effects. A survey by Americans for the Arts, a nonprofit organization, found that 95 percent of artists had lost income during the pandemic.

The city has already established several initiatives meant to help bolster the struggling arts community, including a program to allow outdoor performances on designated city streets. It also introduced dedicated webinars and counseling for businesses and nonprofit groups connected in some way to live performances.

Mr. Casals said that he and other officials also wanted to assist independent artists who were unconnected to larger institutions and might have been left out of previous city, state and federal programs.

That program, part of the Works Progress Administration, provided struggling artists with paychecks from the government to help them make a living. The money supported artists like Jackson Pollock, Arshile Gorky and Lee Krasner, who would become central to American painting in the decades to come.

Mr. Casals said New York had not fully decided on the details of how it would distribute money, or how artists could qualify for the City Artist Corps. But officials hoped to have some art works on display for the public by July 1, the target date Mr. de Blasio has set for the full reopening of New York City.

“We want to make sure that this summer, New Yorkers, wherever they go, they encounter this,” Mr. Casals said.