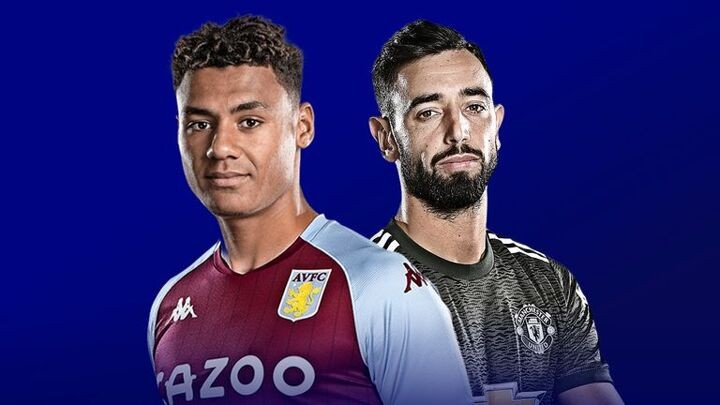 Team news, stats and prediction ahead of Aston Villa vs Manchester United in the Premier League on Sunday (kick-off 2.05pm).

Aston Villa will again be without skipper Jack Grealish when they host Manchester United on Sunday.

While the game comes too soon for the midfielder, who has missed the last 11 matches due to a shin problem, he was set to start training with his team-mates again on Saturday.

Morgan Sanson (knee) remains sidelined, with a return to training scheduled for next week, and Trezeguet is also out, after damaging his ACL last month.

Ole Gunnar Solskjaer has warned of sweeping changes as Manchester United continue a run of four matches in eight days.

The Norwegian said he may change entire starting XIs to cope with the run of fixtures, which started with Thursday’s 3-2 loss at Roma as United progressed to the Europa League final.

Solskjaer said before the trip to Italy that winger Daniel James was “still out for a little while”, while Anthony Martial and Phil Jones are on the road to recovery from knee issues.

Aston Villa vs Manchester United will be shown live on Sky Sports Premier League and Main Event from 1pm; kick-off 2.05pm. Sky Sports customers can watch in-game clips in the live match blog on the Sky Sports website and app. Highlights will also be published on the Sky Sports digital platforms and the Sky Sports Football YouTube channel shortly after the final whistle.

Manchester United have lost just one Premier League match from their last 27 fixtures. It’s a phenomenal run. The fact that defeat came against Sheffield United, goes along with the Gary Neville theory of this team being an “odd bunch.”

They’ve fallen behind in seven of those matches though and Villa could make this an exciting spectacle by taking an early lead. They can be backed at 13/8 with Sky Bet to score the first goal.

And, Ollie Watkins looks decent value to get it.

He is a defender’s nightmare, isn’t he? The striker doesn’t stop making runs for 90 minutes. It’s like Villa are playing with two men in attack instead of just him such are his energy levels. It’s no coincidence that his return to form has come alongside an upturn in results for Villa.

I do like the 6/1 with Sky Bet for him to get the opening goal in what should be a high-scoring encounter.

Opta statsPitch to Post Preview: Jamie Redknapp on Man City vs Chelsea; Plus: what next for Arsenal, Man Utd after EL ties, and the top-four race

Sky Sports pundit Jamie Redknapp joins Peter Smith to discuss Manchester City and Chelsea reaching the Champions League final ahead of their clash at the Etihad this weekend.

He also picks out some standout performers from both sides, explaining how Ruben Dias has transformed City, and praising the rise of Phil Foden and Mason Mount.

Sky Sports football writers Oli Yew and Ben Grounds are also on the show to discuss Arsenal’s Europa League exit and Man Utd’s progress to the final – and what comes next for both sides, with Mikel Arteta under pressure and Ole Gunnar Solskjaer’s side looking to kick on.

Ben also assesses the top-four race, with some key fixtures coming up, and makes his Pitch for what he thinks will happen in the Premier League this weekend!