Claim of culture of silence in Ghana not true – Oppong-Nkrumah 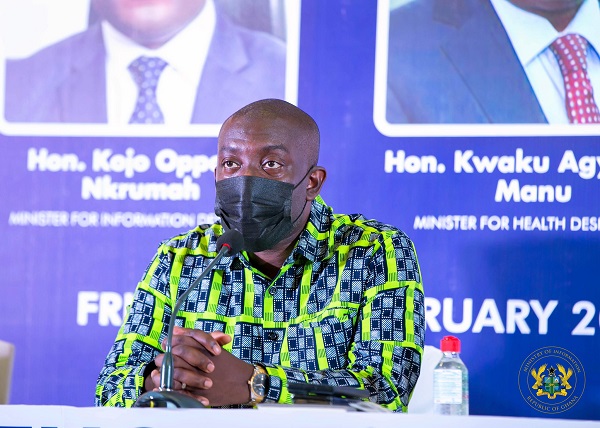 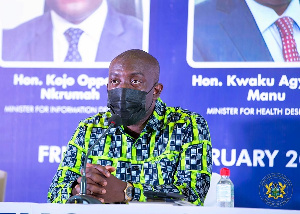 Information Minister Kojo Oppong-Nkrumah has rejected claims that there is a culture of silence in Ghana.

He said such claims cannot be true.

He explained that what some people don’t want is when you disagree with them on their thoughts on national issues.

These persons, he said, quickly claim that they are being silenced because their views are being contested.

The Ofoase Ayirebi Lawmaker told Journalists in the North East Region on Wednesday, May 5, 2021 “This claim that there is something called the culture of silence in this country cannot be true. This is a country of about 500 radio stations, about 100 TV stations, millions of social media accounts and everybody is freely expressing themselves.

“What some persons cannot stand is that when they express their thoughts and other people speak that they disagree, then they claim you are silencing them. Respectfully, that is the beauty of our democracy, that I will have my say, and you can disagree with me,” Mr. Oppong Nkrumah said.

“The people of Ghana have taken President Akufo-Addo at his word that they should be active citizens and everyone has something to say on everything. Everyone seems convinced he is right and has the answer to our problems. The intolerance that I see in our public discourse is not limited to those in power.