Lucas Radebe: ‘I was a stranger from across the world – Leeds welcomed me like a son’ 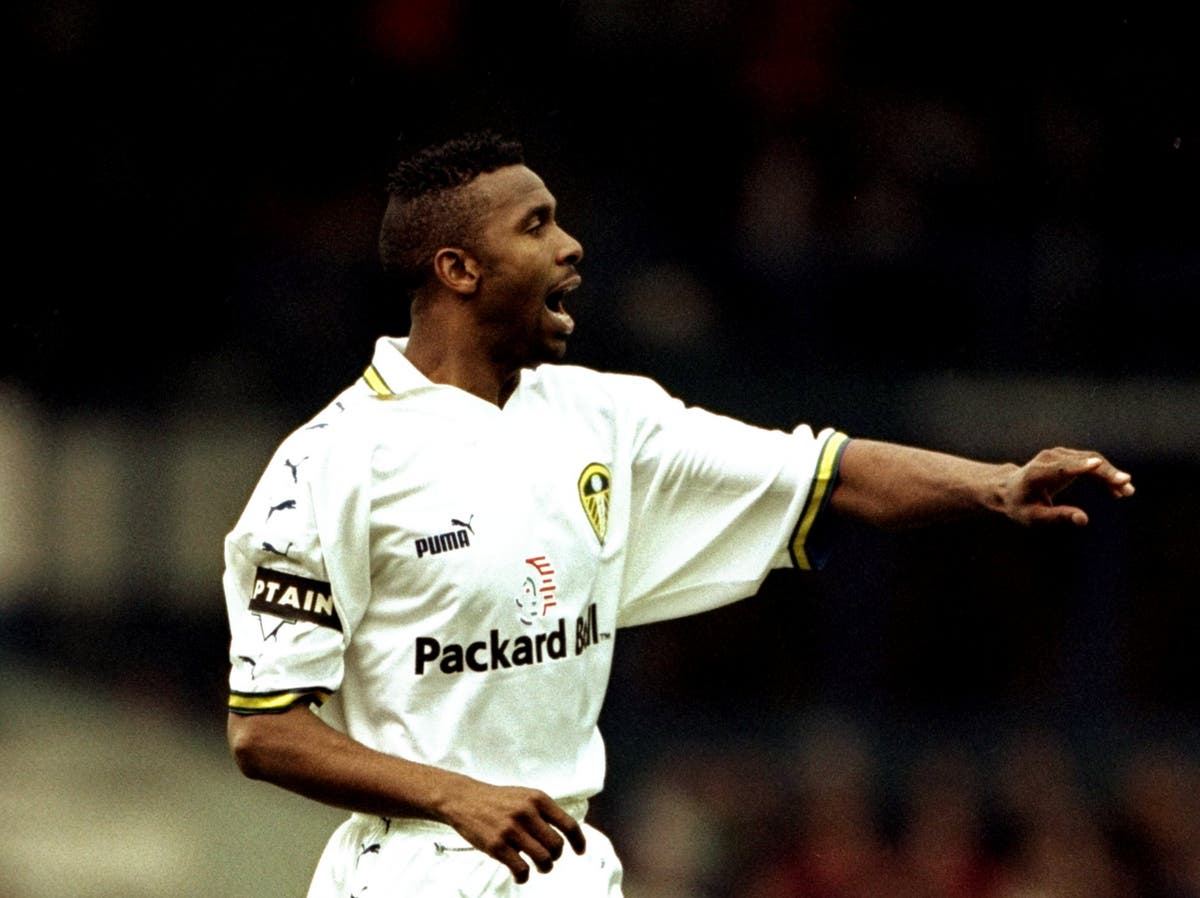 Lucas Radebe doesn’t mind that most people in England pronounce his name incorrectly, dulling the first ‘e’ in his surname and extending the second. He finds it endearing. Especially when spoken with the same thick Yorkshire accent that, were it not for the pandemic, would still fill Elland Road with praise for the South African who picked up 238 appearances for Leeds United across 11 years.

“They can say it however they like,” Radebe tells The Independent. “They made me feel so at home. Leeds is my second home and always will be. It’s incredible how the entire city welcomed me.

“I was a stranger from across the world. I didn’t look like them. My culture was completely different to theirs. Leeds had a reputation for being the most racist city and I experienced a lot of it around the country. But they welcomed me like a brother. Like a son. I’ll never forget the love they showed me.”

This is why, beyond their obvious shared interest in Leeds’ success, Radebe is desperate to see Marcelo Bielsa thrive where so many before him have failed.

“We’re kindred spirits,” Radebe says of the eccentric Argentine who inherited a club in disarray and has hauled it to the verge of the top half of the Premier League. “We’re outsiders who have been welcomed with an open door. The people of Leeds recognise when someone wants to help them do well. They appreciate hard work.

“They can sniff when a person isn’t real. I knew that. Marcelo knows that. Leeds had a reputation for being closed off. For being suspicious. But if you work hard, they show you more love than anyone else.”

By Radebe’s own admission, Leeds is now a more hospitable place than it was in 1994 when he arrived as a 24-year-old. And given the colour of his skin and his country of origin, he faced a much stiffer challenge winning over the locals.

Not that he was unfamiliar with social barriers. Growing up in apartheid South Africa, Radebe was accustomed to hardship. Along with his nine siblings he jostled for space in a house with four rooms in the township of Soweto south-west of Johannesburg.

Rather than meekly accept his station in life, he lashed out. “I was actively involved in the struggle [against the government] in my own way,” he says. “I protested. I was angry. A lot of us grew up very angry.”

That anger twisted his world view and saw him enmeshed with a dangerous crowd. It is with a sombre tone that he speaks of carrying a knife and actively engaging in car-jackings and other violent acts.

“Some of my friends died, others were sent to jail,” he says. “That was my destiny until my mother intervened. She sent me away. She saved my life.”

The adolescent Radebe was shipped to Bophuthatswana, a nominally independent region encased within the borders of apartheid South Africa. Away from the charged atmosphere of Soweto during the death throes of a totalitarian regime, Radebe found peace and purpose.

He signed with Soweto giants Kaizer Chiefs in 1989 where he established himself as a commanding centre back with an immense physical presence. Five years later he signed for Howard Wilkinson’s Leeds for £250,000.

Along for the ride was countryman Philemon Masinga, the late striker immortalised in his homeland for his goal against the Republic of Congo that secured South Africa’s entry to their first World Cup in 1998. Though the pair were not friends – Masinga once punched Radebe during a league game in South Africa – their arrival in England signalled a new dawn for South African football.

This naivety would soon smash against the reality that awaited them. Barely a month after his first training session, Radebe overhead an angry voice screaming through the club’s receptionist’s phone. It wanted to know if “Leeds would be overrun by blacks”. Before he could hear any more, Radebe was rushed from the scene.

“It was a shock,” he recalls. “That wasn’t the worst of it. At Leicester, after I was sent off and making my way back to the tunnel, I heard someone call me a ‘black k****r’. I was so angry. I felt that same anger I felt when I was young in Soweto. I told the security guard what it meant [a profoundly offensive slur reserved for back people] but it fell on deaf ears.”

Radebe describes these memories as “heartbreaking”. Between these major incidents there were micro aggressions he had to endure. He maintains that Wilkinson was reluctant to play both South Africans and Ghanaian Anthony Yeboah at the same time for reasons that “didn’t involve football”. He speaks of his dismay at looking at the terraces and failing to see another black person. He laughs at the multiple warnings he received not to visit “no-go” areas in Leeds, especially the suburb of Chapeltown, the site of racial unrest in the 1970s and 1980s.

“I made a point of visiting there,” Radebe says. “I had to show my face in these communities. I wanted to learn the culture of Leeds, not just the training ground and stadium. I would host a programme called ‘Learning with Lucas’ where kids could ask me questions about South Africa and I’d learn from them and their parents. Bielsa is the same. He feels the spirit of the club and the city.”

Antony Clavane, author of the award winning book Promised Land, suggests that no two outsiders have had as much of an impact on the culture and identity of the city as Radebe and Bielsa.

“I’d go so far as to say they’ve helped change people’s politics,” Clavane says. “I know from first-hand accounts that their actions have softened racist and bigoted attitudes towards foreigners.”

Not that Radebe ever set out to change the world: “I just wanted to play football. Everything else came second. That’s another thing I have in common with Bielsa. He is so obsessive. He’s a little weird. When we met he wouldn’t stop pacing and wouldn’t look me in the eye. But like me he wants to win and he loves the game. It’s incredible that he’s at Leeds. It’s very special to me that we’re connected in that way.”