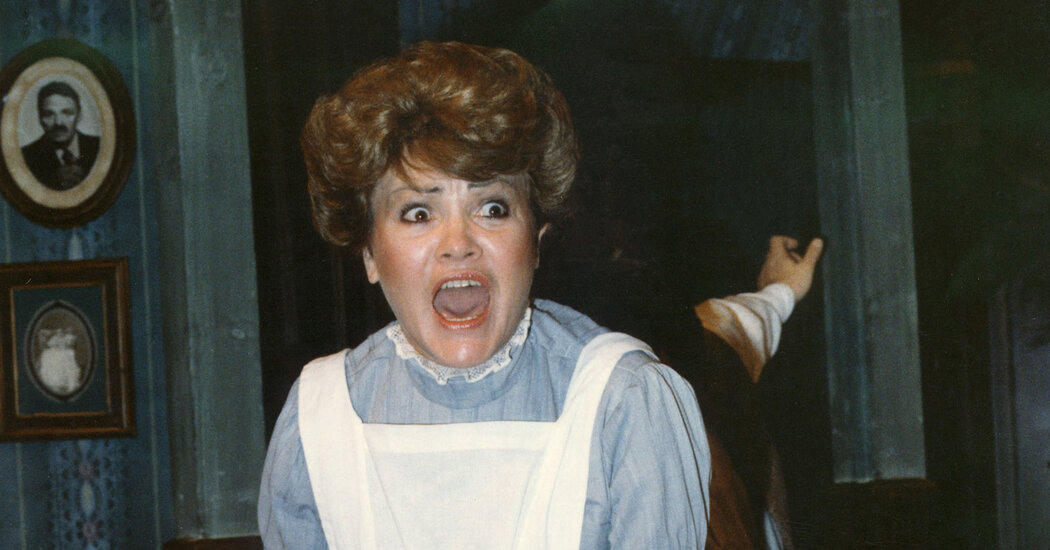 Sharon Pollock, an oft-produced Canadian playwright who was known for works that explored Canadian history and identity at a time when few of her contemporaries were doing so, died on April 22 at her home in Calgary, Alberta. She was 85.

Her daughter Lisa Pollock said the cause was cancer.

Ms. Pollock’s works covered a wide range, but she was especially known for dramas inspired by historical events. Her best-known play, “Blood Relations” (1980), was a take on Lizzie Borden and the ax murders of her father and stepmother in 1892 in Massachusetts (Borden was acquitted). But most of her history-inspired plays involved events in Canada’s past.

“Walsh” (1973), one of her first staged works, was about James Walsh of the North-West Mounted Police and his handling of Sitting Bull and the Sioux Indians who had come from the United States in the 1870s seeking refuge. “One Tiger to a Hill” (1980) was inspired by a 1975 hostage-taking at a prison in British Columbia.

These and her many other historical works didn’t merely document an event; they used it as a jumping-off point to explore themes like racial tension. That was at the core of her “End Dream,” about a real-life 1924 case in Vancouver in which a Scottish nanny died under murky circumstances and a Chinese servant was charged. The charges were later dropped.

“I am only interested in historical things if I can manipulate them,” she told The Globe and Mail of Canada when that work was given its premiere in 2000 by Theater Junction in Calgary. “I want to make something bigger than the mystery.”

Anne Nothof, a professor emerita at Athabasca University in Alberta who writes frequently about Canadian drama, said Ms. Pollock viewed theater “as a means of illuminating the dark corners of apathy and ignorance” and used it to examine areas of history that were often sanitized.

“In her plays, she provided multiple perspectives on historical events,” Dr. Nothof said by email. “Pollock was committed to creating a theater that responded to the past and the present, that challenged historical and personal assumptions.”

Ms. Pollock had a long relationship with Theater Calgary, where she was artistic director in 1984 and 1985 and where four of her plays had their premieres, including “Walsh” almost 50 years ago and her last new produced play, “Blow Wind High Water,” in 2017.

Two of her plays, “Blood Relations” and “Doc” (1984), received the Governor General’s Literary Award, a top honor in Canada, and in 2012 Ms. Pollock was given the Officer of the Order of Canada designation “for her contributions to the theater as an award-winning playwright, actor, artistic director and teacher.” That same year, when the University of Calgary held a conference celebrating her, it was called simply “Sharon Pollock: First Woman of Canadian Theater.”

Mary Sharon Chalmers was born on April 19, 1936, in Fredericton, New Brunswick. Her father, Dr. George Everett Chalmers, has a hospital in Fredericton named after him, and her mother, Eloise (Roberts) Chalmers, was a nurse. She was also an alcoholic; Ms. Pollock painted a stark picture of her early years in “Doc,” a play that had autobiographical elements, and she talked bluntly about her mother.

“To be truthful, I didn’t like her very much,” she told The Calgary Herald in 2013. “She was an ugly drunk. She didn’t go somewhere nice and quiet and drink herself into oblivion. I always say that every statutory holiday she would try and kill herself. Eventually she succeeded. I think I was 17 when that happened.”

She dropped out of the University of New Brunswick in 1955 and married Ross Pollock. But their relationship, she said, was troubled, and the marriage ended after about a decade. In 1966 she moved to Calgary with the Canadian actor Michael Ball, with whom she had a long-term relationship.

She began her theater career as an actress. In a 2008 interview with the The Calgary Herald marking the 40th anniversary of Theater Calgary, she recalled working with that company in its early years. She had especially vivid memories of the old QR Center, which was notorious for a leaky foundation.

“The dressing rooms were in the basement, so in the spring you’d have about three inches of sewage and horrible water all through the dressing room areas,” she said.

The seepage, she said, somehow always seemed to be worst when a production called for period costumes.

“You not only had to watch your feet,” she said, “but you had to hold up these reams of skirt, or else you’d enter onstage with a kind of osmosis — water creeping up all over the edge of your clothes.”

(Perhaps appropriately, a decade later “Blow Wind High Water” was part of that theater’s 50th-anniversary season. It was about a Calgary flood.)

Ms. Pollock’s plays were staged at the Stratford Festival in Ontario, the Neptune Theater in Halifax and many other theaters, including the Garry Theater in Calgary, which she ran for five years in the 1990s. She also served in executive roles at Theater New Brunswick and other houses, though her strong personality sometimes led to clashes with board members.

“I fell instantly in like with Sharon’s no-filter way of communicating,” he said by email. “Her energy reminded me of a glorious tsunami wave that engulfed any space she inhabited — whether it was a rehearsal room or a coffee house.”

In addition to her daughter Lisa, she is survived by five other children, Jennifer Pollock, Kirk Pollock, Melinda Tracey, Michele Pollock and Amanda Dahl; 12 grandchildren; and three great-grandchildren.

In a “Playwright’s Note” in the program for “Blow Wind High Water,” Ms. Pollock addressed the audience in words that might well have applied to many of her plays:

“I hope you’ll experience in some small way some small parts of history that have made the place you live in the place it is.”