There is no culture of silence-Information Minister 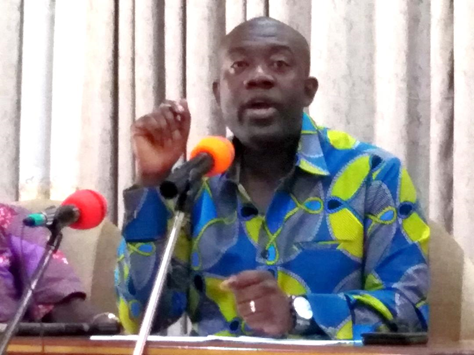 Mr Kojo Oppong Nkrumah, the Minister of Information, says claims by some members of the public that there is a culture of silence in the country are untrue.

He said government was working to satisfy the constitutional mandate required for the functioning of the country’s democracy, “The claim that there is a culture of silence in this country; you can’t talk in this country, we all know that cannot be the truth”, he told Journalists in Bolgatanga.

Mr Nkrumah was on a three-day familiarisation tour of the North East, Upper East, Savannah, Upper West and Northern Regions.

“All of you here operate freely on your various media outlets”, he added.
According to him, journalists were “Witnesses to the various layers that the government is putting on one another to ensure that we continue to protect the space that we are working in.”

Mr Nkrumah said the Akufo-Addo administration remained resolute at ensuring that the freedoms of expression and media as provided in the 1992 Constitution were upheld.

“In fact the Kufuor administration where President Akufo-Addo was Attorney General, is the one that led the exercise to repeal the criminal libel law, and further opened the frontiers of freedoms of media beyond what the constitution had provided,” he said.

Mr Nkrumah noted the Right To Information (RTI) bill which was in Parliament for more than 20years, was passed into law when President Akufo-Addo assumed office, saying “That is another layer adding to the freedoms of media and freedoms of expressions that we enjoy.”

He emphasized that “It is important that we highlight these positives, because if we don’t, somebody sitting somewhere may think that we are becoming a banana republic, but you are witnesses to all of these positives.”
The Minister, who is also the Member of Parliament for Ofoase-Ayirebi, said it was only when journalists were free and operated without intimidation that they could work well, and provide information.

Mr Stephen Yakubu, the Upper East Regional Minister, called on journalists in the Region to double check the information they gathered before publishing and advised journalists to be mindful of reports they churned out from conflict prone areas in the Region, especially in the Bawku area, “I want all of you to be careful in your reportage about the Bawku issues. We are enjoying our peace.”

Touching on the murder of Mr Ahmed Hussein-Suale, Mr Yakubu charged journalists to assist officials of the Ghana Police Service with right to the information to arrest the perpetrators of the act.