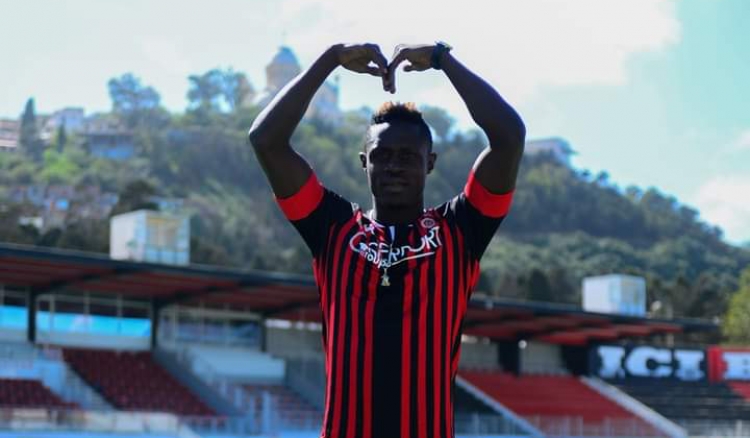 Ghanaian striker Kwame Poku was on target on his USM Alger debut in the Algerian Cup against their sworn rivals MC Alger.

The 22-year-old striker was handed a starting berth to feature for Red and Black lads on his birthday at the Stade Omar Hammadi.

The former Nkoransa Warriors forward registered his first-ever goal for USM Alger on the 19th minute of the game.

Poku made his debut for the senior national team of Ghana in the 2021 Africa Cup of Nations qualifier against South Africa.

He scored nine goals in his 20 game outings for Asante Kotoko during his short spell at the club.

The enterprising forward was a national team call up by Ghana coach, CK Akonnor in March for the final round of the qualifiers for the 2021 Africa Cup of Nations [Afcon] and was handed a debut game in a 1-1 drawn game against South Africa at the FNB Stadium.