Juniors escape narrowly from the Veterans 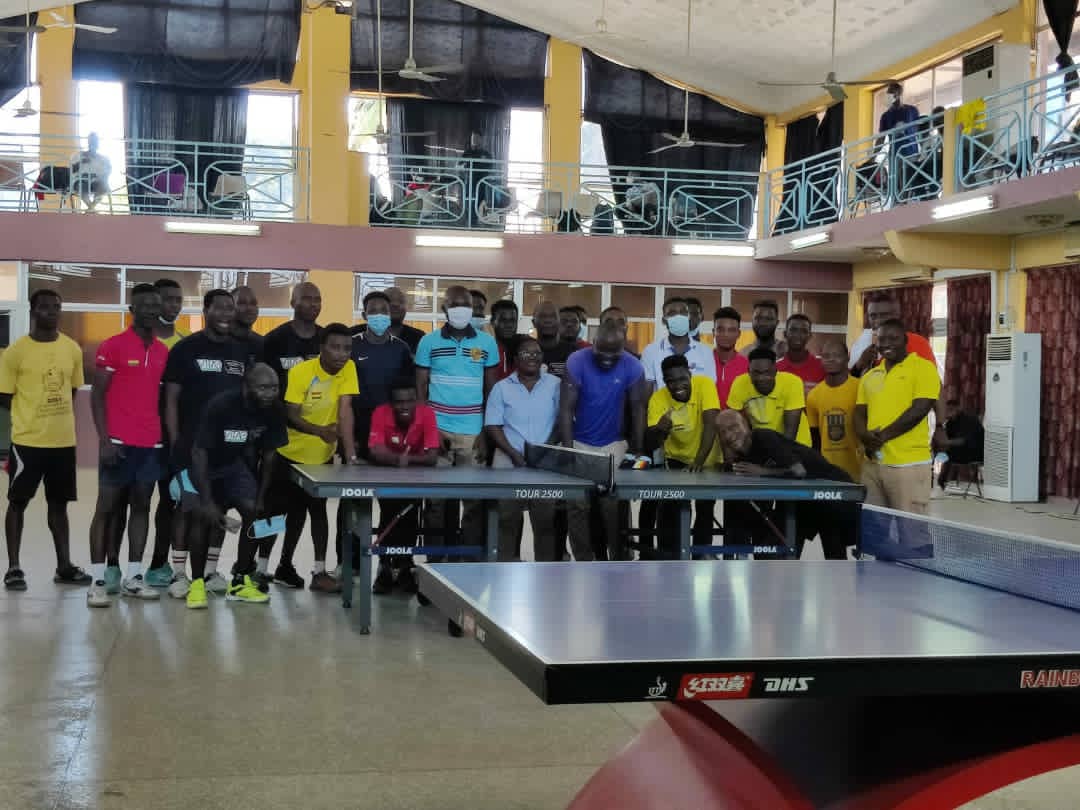 The veterans and juniors take a pose together

Promising table tennis youngster Emmanuel Ofori last Saturday entertained the crowd when he led the junior national team players to engage the veterans in a fierce battle at the Seven Great Princes Academy at Dansoman.

After over eight hours of swinging and smashing, the juniors came up tops with a 3-2 victory in the teams event.

Emmanuel Ofori took up the challenge in the teams event when he engaged a 62 year- old top veteran player,  Richard Laryea alias Chen Longcan, and defeated him in a decider which gave them a 3-2 win over the veterans.

Ofori later went on to beat his contemporary, Samuel Hagan, 2-1, to win the singles competition.

The Juniors took home a trophy and a prize money of One Thousand and Five Hundred Ghana Cedis for winning the teams event.

The National Treasurer of the Ghana Table Tennis Association (GTTA), William Asare, who coached the junior national team was really excited about the tournament and was thankful to the veterans for funding the tournament which had really brought some awakening in the sport.

The president of VTTAG, Christopher King, lauded the juniors for showcasing their talents for all to see and serving as the bedrock of the game for the future.

“It is something we hope to do quarterly and mentor these kids to become future world champions in table tennis, we also mentor them to be national assets and hold the fort for this nation in any endeavour they choose to engage in,” he noted.

“Table Tennis, aside its physical benefits, also has some psychological and mental benefits that help the human body and sense of reasoning to function well.”

He was thankful to the authorities of the Seven Great Princes Academy School, Dansoman, for their continuous support.

Two veteran players, Mr Edem Hayford Asiam, and Mr Kwaku Gyampoh, who is in his late sixties and a member of the Tema Table Tennis Club  took the 3rd and 4th positions respectively in the singles event.