Lyn Macdonald, Who Preserved Voices of World War I, Dies at 91 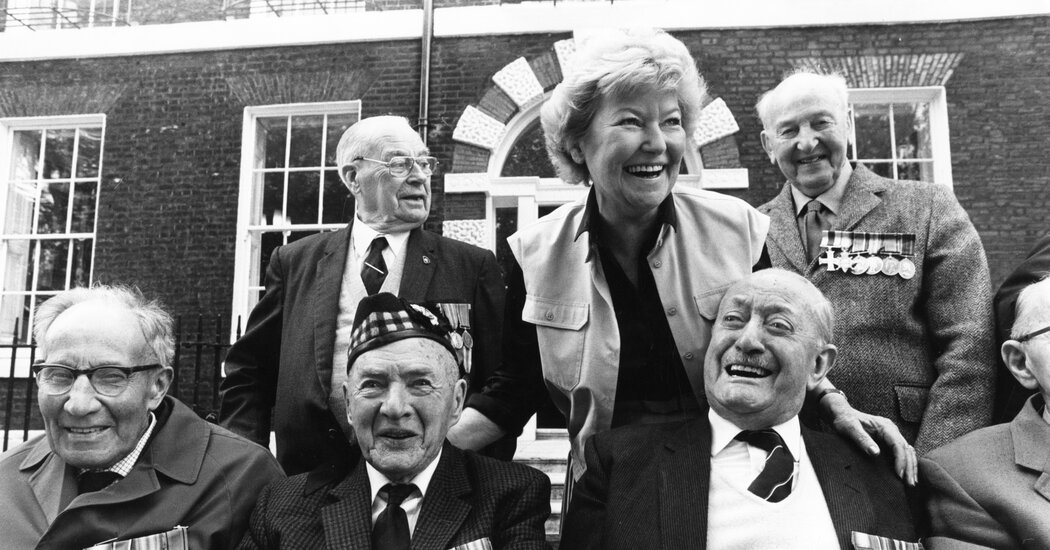 Evelyn Mary Macdonald (who was known as Lyn) was born in Glasgow on May 31, 1929, the only child of Hugh and Gertrude (King) Macdonald. Her father was an engineer who served in the Royal Air Force and who spent the closing stages of World War II in northern France, where he befriended a French family with whom he was billeted. After the war, his daughter, then 18, traveled to France to stay with the same family — the beginning of an abiding affection for French culture and language.

Ms. Macdonald studied at a grammar school in Glasgow before starting her journalism career. She was a writer and producer for Scottish television in the early 1960s when she met and married a colleague, Ian Ross McNeilage. The couple later moved to London, where Ms. Macdonald continued to work in television, including at the BBC.

She is survived by her husband; their three children, Alastair (who confirmed the death), Aline and Michael McNeilage; five grandchildren; and nine great-grandchildren.

According to Mr. Sheil, the photographer and battlefield guide, some academic and ex-military historians tended to be “dismissive” of Ms. Macdonald’s books on World War I, but others applauded her narratives as pioneering for being written from the viewpoints of the ordinary men and women who were caught up in it. By many accounts, she rejected the label of oral historian, insisting that she was a military historian.

Her first book, “They Called It Passchendaele,” focused on the battles around the Belgian city of Ypres in 1917. In her second, “The Roses of No Man’s Land,” she evoked the culture that inspired volunteer nurses and led to huge postwar social change:

“She’s called Elsie or Gladys or Dorothy, her ankles are swollen, her feet are aching, her hands reddened and rough. She has little money, no vote, and has almost forgotten what it is like to be really warm. She sleeps in a tent. Unless she has told diplomatic lies about her age, she is 23. She is the daughter of a clergyman, or lawyer, or a prosperous businessman, and has been privately educated and groomed to be a ‘lady.’

“She is on active service and as much a part of the war as Tommy Atkins,” she went on, using the nickname of British foot soldiers. “On the face of it, no one could have been less equipped for the job than these gently nurtured girls who walked out of Edwardian drawing rooms into the manifold horrors of the First World War.”

After the war, “they won the vote and the right to work,” Ms. Macdonald wrote. “They earned liberation long before Liberation itself earned itself a capital L.”