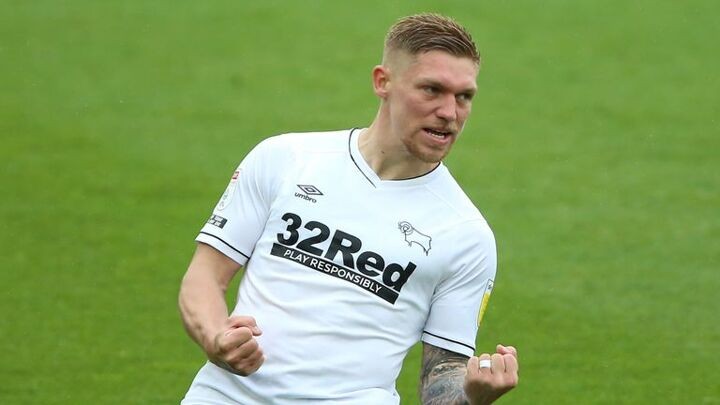 Wayne Rooney has urged Derby County to use their narrow escape from relegation as an immediate motivation to sort out their off-field issues after a dramatic final day of the Sky Bet Championship season.

Derby started the day with their destiny in their own hands, but fell behind against relegation rivals Sheffield Wednesday and looked to be heading down to League One for the first time in 35 years.

However, having lost their last six games in a row, Derby staged a remarkable fightback in the second half to draw 3-3, which proved enough after Cardiff drew against Rotherham.

Derby have endured a challenging season as they were under an EFL transfer embargo in January after failing to pay some players and are still awaiting news of a takeover by Spanish businessman Erik Alonso.

“It has been a very difficult season for everyone connected to the club,” Derby manager Rooney told Sky Sports.

“We need to get everything sorted as soon as possible off the pitch to give ourselves the best chance of moving forward as a club.

“It has to start tonight. We have to have positive news and move forward as a club. We cannot have another season like this because it won’t end well. The lads have done everything to make sure it doesn’t this season and I can’t stress enough have good they have been in a very difficult moment.”

Reflecting on the game, which saw Derby fight back to lead 2-1 and then level at 3-3 after falling behind again, Rooney added: “It was a roller coaster. The 90 minutes sums up our season, with a lot of difficult moments both on and off the pitch.

“Thankfully the season is done and we have done what we set out to do. I am delighted for the players. They have given me everything. Today at half-time I said stay calm, we have 45 minutes left we can still win the game and manage it how we need to manage it. I am really pleased for them because they put a lot of work in.

“For the fans, we will get better, I can assure them of that.”

Martyn Waghorn was the hero for Derby as he equalised with a header in the second half and then converted a penalty to make it 3-3 in the 78th minute.

He echoed Rooney’s words that Derby must get better from here.

“The last 15 or 20 minutes were absolute hell. There was so much riding on it for the club, the fans. It’s been a difficult year for so many reasons, but what a day. I’m so proud.

“As a team we have stuck together through everything. I knew today was going to be our day, I just had a feeling, and I am absolutely delighted.

“Personally I haven’t had the best season but today I am absolutely speechless. We know we have under-achieved and hopefully today is a platform to go forward as a club.”

While Derby will try to look forward, Wednesday drop into League One for the first time in 10 years as their six-point deduction for breaking EFL spending rules proves costly.

Head coach Darren Moore, who returned to the sidelines at Pride Park after contracting Covid-19 and being in hospital, said he was “devastated” by the outcome.

“It’s really hard to take. The players are hurting in there. This our reality.

“I said to the boys, they had to come here today and leave everything on the pitch and they did. It was a pulsating game and it didn’t go our way. It’s a wonderful club, I’m proud to be here. It’s a huge task and it will take a huge effort in the roads ahead.

“The players feel low as you can imagine, you could feel the emotion out there and we face the reality of what it is. I have one head on me today, I’ll have a different one tomorrow when it comes to moving forward and implementing the things we want to at the club.”

Asked about his future, Moore said: “I’ll be here. That’s what we’re here for. The focus and attention now is on the future.”

Sky Sports’ Don Goodman thinks Derby need to be a “whole lot better” next season after surviving by the skin of their teeth on the final day.

“Lady luck has smiled rather largely on Derby to survive. They needed that late goal by Cardiff and Rotherham missed so many chances. They also had the points deduction from Sheffield Wednesday too.

“Lessons have to be learned, the fact they are celebrating surviving in the Championship is not good enough for Derby. We don’t know what will happen off the pitch but things need to be a whole lot better next season.”