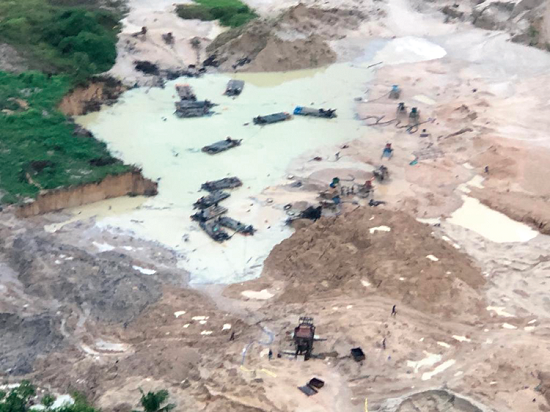 In my article last week titled, ‘Prince Philip Goes Home & Culture,’ I wrote on how expensive, wasteful, time-consuming and complicated Ghanaian funerals are, as against the simple funeral of Prince Philip in the UK.

His burial a week after his death is unheard of in Ghana, except in the Moslem community where, depending on the time of death, one is buried either on the same day or the next day.

While generally resonating with me on the need for drastic changes in our expensive/time-consuming funerals, readers asked, who will initiate this deeply-rooted change of handling the dead in Ghana? “Who will bell the cat?”

Many Ghanaians thought COVID-19 in 2020 afforded us the opportunity to discard outmoded customs/traditions we call culture.

Unfortunately, those with the power to make changes are sometimes the ones very deeply involved.

Human nature abhors change, sometimes out of fear of the unknown in trying new things.

Other times, the status-quo favours those who should initiate change. In Ghana, change is often met with resistance in the words “this is how we do it here!”

Until the early 1950s, it was considered impossible to run the one-mile race under four minutes, but an individual challenged this belief.

On May 6, 1954, a 25-year-old British medical-student Roger Bannister, who disagreed with the ‘impossibility’ claim, did what was considered ‘physiologically impossible.’

He became the first man to run the one-mile-flat under four minutes in a time of 3:59.4, giving credence to the adage, ‘where there is a will, there is a way.’

On March 3, 2018, the Consultant-Neurologist Sir Roger Bannister died at 88 ironically of Parkinson’s disease, the field of specialisation he had researched into and taught all his life.

Neighbours Togo and Benin do not keep bodies beyond two weeks. Neither do the Kenyans in East Africa.

So how come we take delight in deep-freezing bodies for months/years and having extravagant funerals, often followed by lamentations when reality dawns?

In some jurisdictions such as Asante society, family members met in the past on the eighth day to deliberate on the funeral of the deceased. This is called “nna-wotwe da,” literally the eighth-day (meeting).

Now this very simple practice for family members only has rocketed into a ‘funeral-before-the-funeral’ with all the pomp/extravagance marshal-able, even at the national level!

As a nation, should funerals be our priority? When did misdirected ostentation become culture?

The illegal felling of trees and deliberate destruction of vegetation to expose the ground for illegal mining of gold (galamsey) has assumed epidemic proportions.

Cocoa, cashew coffee, timber, etc., are destroyed to allow access to gold in the earth.

In the process,  both surface and underground water are heavily polluted with dangerous chemicals such as mercury and cyanide. Rivers are now a sludge!

Stopping this should be our priority, so future generations can live.

In 2016, the Council for Scientific and Industrial Research (CSIR) warned that at the rate of pollution of our water bodies, Ghana would have to import water by 2030.

With the intensification of galamsey and the lack of will to confront the problem head-on, importation of water could come earlier than 2030.

Recently, the Ghana Water Company Limited (GWCL) notified clients it was going to stop pumping water to the Tema Metropolis for five days ending on Monday, April 6, 2021, for maintenance work at the Kpong-Station.

When the deadline passed with no water, TV3 showed people desperately fetching water from gutters for domestic use.

A former mayor of Accra, now an MP, said on radio/TV during the week that the initial enthusiasm being shown by the new Greater Accra Regional Minister in “Making Accra work again” might not last long because of interference from his own party and lack of political-will. He based this on his personal experience.

Why is there no political-will to correct wrongs in Ghana for God and country?

A comment I received on the question, where is leadership? in my Prince Philip article, read as follows:

“Inasmuch as I agree leadership has a role to play, this time, leadership should be from diverse interests – political, religious, social, cultural, etc. Leadership is key but it took the courage of the late Professor Torto of the University of Ghana and his compliant family in 1977 to introduce “no wake-keeping!”

So, leaders, lead Ghana out of this unnecessary expensive funeral showmanship! Let efforts be concentrated on ridding Ghana of galamsey and other ills!

E-mail: This email address is being protected from spambots. You need JavaScript enabled to view it.