Culture Of Silence Vs Media Owner’s Dishonesty -The View Of The Pen From Kpatia, Sankarayili… 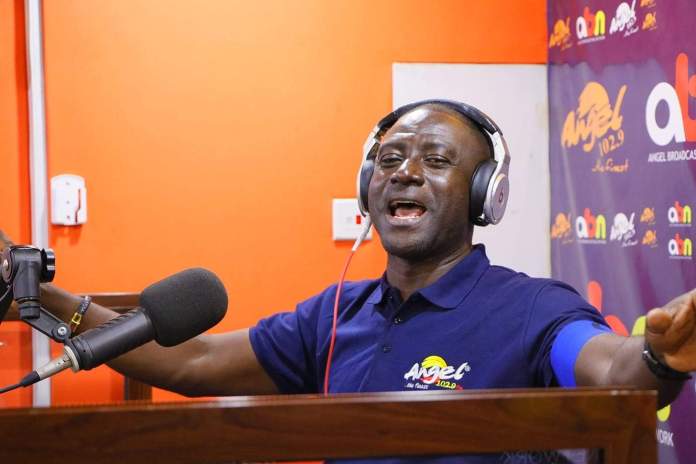 Fellow Patriot with some sense of nationalism,

The last two months have had some persons of the upper class weaved words cataloguing issues of media freedom – as others lamented on the negatives, some chose to toe the line of blindness; yes blind sight on the reality. There’s no scintilla of doubt of that, the freedom of the media in its execution as the 4th Arm of government has been crippled. There are several instances and occurrences to which such an assertion can be grounded. From the closure of Radio Stations, alleged murder of media men and other intimidating moves meted out to persons of the inky fraternity. Most of these cases could be traced to the last 4yrs of the Nana-Addo government.

Unbeknownst to many, such repugnant moves/decisions of government agencies are being cooked and deliberately orchestrated to silent loud voices especially technological frequencies. Did we witness such under the erstwhile administration, obviously NO. But as we sit today, almost all Pro-NDC media platforms have been shut down leaving many unemployed. Such is the level of nonchalance & insensitivity of the elephant government.

Now to the flesh of the issue at hand. It’s been almost three days a “new” visited the Ghanaian social media community with a content suggesting the take-off of renowned journo Captain Smart from his morning radio show. Reason being that his recent utterances on air gushes methane to the nostrils of key government officials. To that effect, there have been a barrage of pressure on management of Angel FM to have him go off air. This forlorn situation can be likened to that of Gary Al-Smith of Multimedia who’s of late social media posts displeases persons in government as alleged that, he could also be sacked.

In taking these bitter morsels of unconstitutional delicacy, it’s obvious business mogul Sam Jonah was right with his choice of diction on the sudden prevalence of silence in Nkrumah’s Ghana. If even journalists have their mouths glued, what then is the faith of social commentators & the ordinary Ghanaian? A question thrown to minds of those with conscience.

Navigating around the Captain Smart and Angel FM ordeal, in as much as we try to pooh pooh the supposed pressure of key government officials, that of the Radio station can’t be left out. As a media hub with not just Radio operation but television and online, you very well should be aware of the tenets to which you work under. Related to the National Media Commission & having almost all workers as members of the Ghana Journalist Association, it would have been appropriate to forward the sudden embrace to these institutions. For what role? Someone might ask; NMC – would have assessed how grave the issue is, make considerable decisions through thorough analyses and possibly help fight the pressure hence on. GJA – would have been instrumental to get the rights of Captain Smart as a member accordingly respected. Instances of err on his part could have been assessed too using the journalistic code of ethics as filter paper. For none of these to be positioned but furtherly have him off air for days unknown leaves the public in a thinking ambiance.

What possibly could we be thinking about; the public and lovers of his programme? Angel FM could be an accomplice though not in the open. It’s to public knowledge that, the owner of the said radio station have his daughter (an NPP MP- Kwabre East) serve as Board Chair for the National Youth Authority under Nana Addo’s first term as president. It’s also to public knowledge, she gushed out contract of huge sums to her dad’s hand sanitizer manufacturing firm during the surge of covid somewhere last year. Thinking through these, it’s obvious management of the radio station are not themselves happy of the backlashes whipped on government by Captain Smart.

To sum it up, Angel FM must relook at the issue, possibly rescind their decision and employ the needed channels to get this issue solved. Also, senior citizen Elizabeth should look at Nana Addo’s bottle of intolerance with an eye and not two-eyed for Sam Jonah spoke the mind of many senior citizens who are timid of repercussions after speaking truth to power!

Garnishing this piece with sarcasm, Captain Smart can now lead the masons carry more cement to the site allocated for the cathedral. Ghana’s own DZATA CEMENT could be of great help here for it helps build for generations!