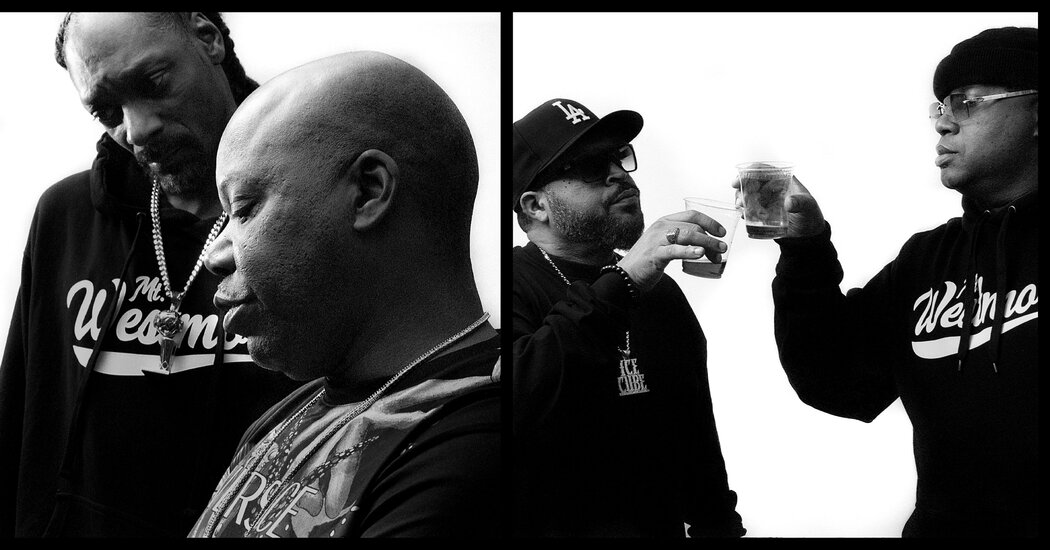 Aging can be a humbling process, but it’s especially fraught in hip-hop. The inevitable march of time has generally been treated as an unforgivable weakness in a culture that often celebrates a particular masculine idea of strength. As a then-26-year-old Compton rapper the Game once put it in a presumed shot at Jay-Z: “You 38 and you still rapping? Ugh.” (The Game is now 41 and reportedly preparing to release a new album this year.) The mid-to-late-30s has long been viewed as retirement age for rappers despite the fact so many qualities required of the job — sharp mind, quick tongue, storytelling acumen, life wisdom — are as likely to be growing as diminishing in middle age.

“People have their hangups about it,” said Cube, “but if people love what’s coming out of the speakers, they’ll tolerate some gray hairs.”

Snoop noted that the Rolling Stones are in their late 70s, and that Mick Jagger and Keith Richards don’t always seem to get along. “You’ve got that being praised and we’re being questioned,” he said. “We should be praised because we’re in our right mind, we love each other, we’re family men, we’re business men, and we’re Black men. If you look at the Cubes, the Will Smiths, the Jay-Zs, the Puffys, the Snoops, the Dr. Dres, the E-40s, whoever — they all flipped from rap to other businesses to show that if you close that door, we’ve got seven or eight other doors we’ve opened up.”

Accordingly, music is only a part of the Mount Westmore plan. There’s talk of brand partnerships with Monster energy drink and the Cash app, a documentary, a scripted movie, podcasts and NFTs. As such, introducing the project during a social media-focused, music-heavy event spotlighting a former star of “Bizaardvark” boxing against a guy who’d never boxed before has a certain kind of insane logic to it.