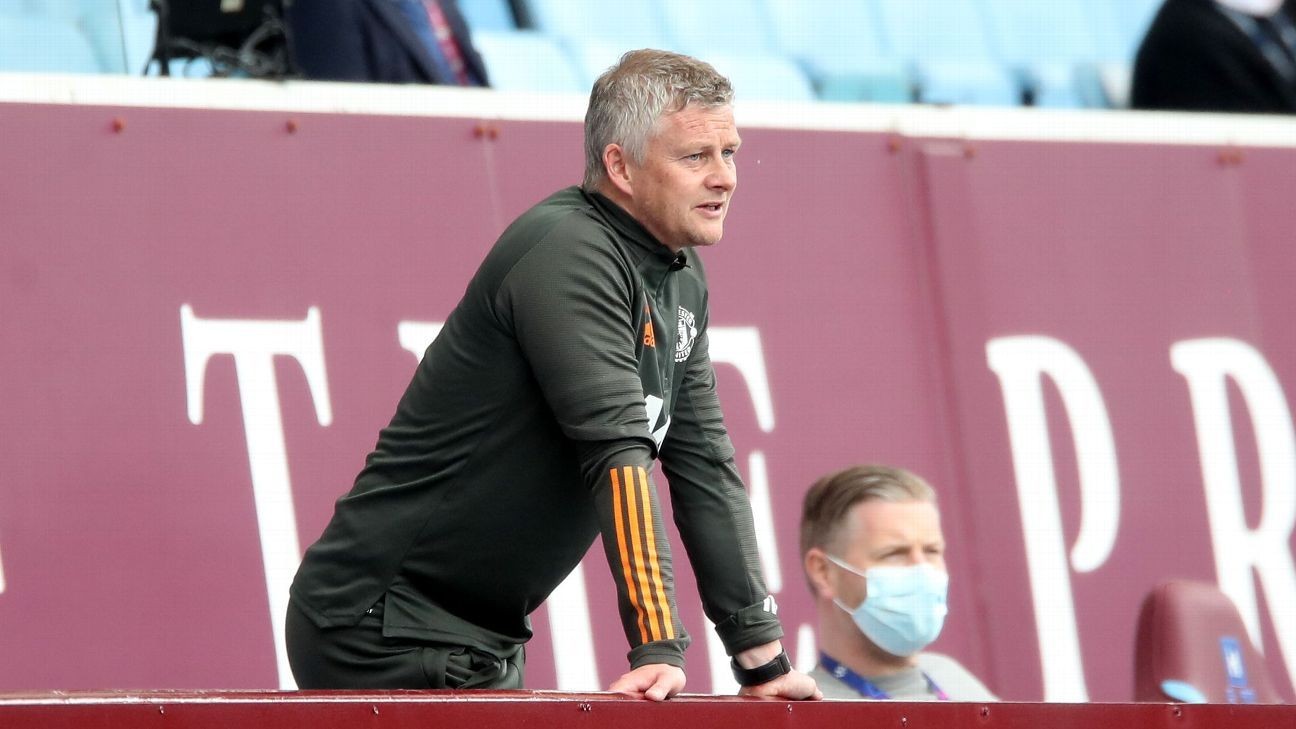 Ole Gunnar Solskjaer has said the Premier League have robbed Manchester United of the chance to push Manchester City right to the wire in the title race because of a fixture schedule that is “not safe” for players.

City still need two points to be crowned champions after they were beaten by Chelsea and United followed up with victory over Aston Villa.

Solskjaer’s team play twice in the space of 50 hours — against Leicester on Tuesday and Liverpool on Thursday — before City play Newcastle on Friday and the Norwegian said it will be “impossible” to win both games while also looking after the safety of his players.

“I wish I could have said let’s go full out in all the games but it’s impossible,” Solskjaer said.

“That’s the hard bit for me knowing if I do play this XI on Tuesday and then again on Thursday it’s impossible, I run too much of a risk in injuring them.

“Talking about integrity in the league and stuff, don’t blame me when I have to make changes because I have to. It’s not safe for them to play all four [fixtures in eight days] so I have to prioritise.”

Solskjaer played close to his strongest team in the 3-1 win at Villa Park on Sunday but there is set to be heavy rotation for Leicester’s visit to Old Trafford on Tuesday.

David de Gea, Eric Bailly, Alex Telles and Donny van de Beek are all set to come in while the United manager has also suggested youngsters Amad Diallo, Shola Shoretire and Hannibal Mejbri may have to feature.

“They’re in contention, definitely,” Solskjaer added. They’re in the first team squad they’re training with us every day so I would think that some of the young boys will get an appearance definitely.

“If it’s coming on towards the end or it’s starting I don’t know because I don’t know how the players will be on Tuesday when we see them.

“We will sit down with the sports scientists, we can have a theoretical team now but we’ll have to see how they react when they come in [on Monday] and on Tuesday morning and then pick a team Tuesday afternoon.”