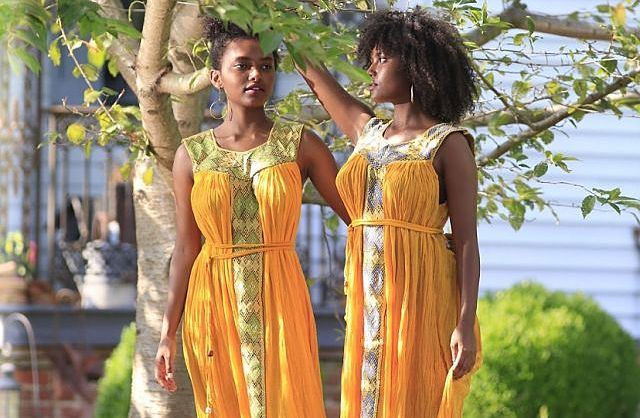 In the following essay twin sisters Ethni & Serene Amsale reflect on their Ethiopian culture. Born and raised in the U.S. the college bound sisters — who live in Middletown, Delaware — are set to graduate from high school this month. (Courtesy photo)

Middletown, Delaware — My name is Ethni Amsale. I am 17 and a first generation, Ethiopian American. My twin sister, Serene and I were raised by our beautiful single mother. Our lives have been nothing short of full and bright. Throughout my lifetime, I have been blessed to have been exposed to my Ethiopian culture and background. I believe all should be judged by their character and how they treat others rather than their ethnic or economic background. This is most important. 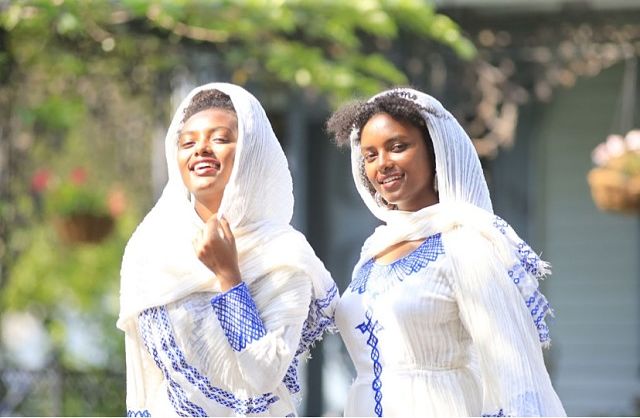 Ethni and Serene Amsale at their home in Middletown, Delaware. (Courtesy photo)

However, I often remember feeling proud of my ethnic background when I went on car rides with my family listening to Ethiopian music. My mother would explain the lyrics to my sister and I, unveiling the message behind each tune. One song stands out to me Tikur Sew or “Black Man” by Teddy Afro was its title. The song is a tribute to Emperor Melenik II’s victory of a united Ethiopia against an Italian invasion specifically in the Battle of Adwa. It highlighted the role women played in the Ethiopian military, celebrating our success in resisting European colonialism. My mom tells us to listen for the lyrics ourselves and that this is one of the many reasons we feel honored to be Ethiopian. As I get older, I become increasingly exposed to a variety of literature, music, art, food, and dance representative of Ethiopia and I fall more in love with it. As a student in the American school system, I learn about history and become increasingly aware of the racial divide that exists. Although I do not fully understand it, I make an effort to research and analyze the reasons behind the socioeconomic disparity between African Americans and Whites that we witness today. The majority of African Americans who arrived in America hundreds of years ago through the transatlantic slave trade have been systematically disconnected from their roots. Many generations were born without the cognizance of their ethnic language, customs, social institutions, and achievements. They were forced to carry the name and surname given to them by their slave masters with nothing else to hold on to but the color of their skin and folktales. Unfortunately, this disconnect has caused an understandable frustration and a version of identity crisis in the Black community. 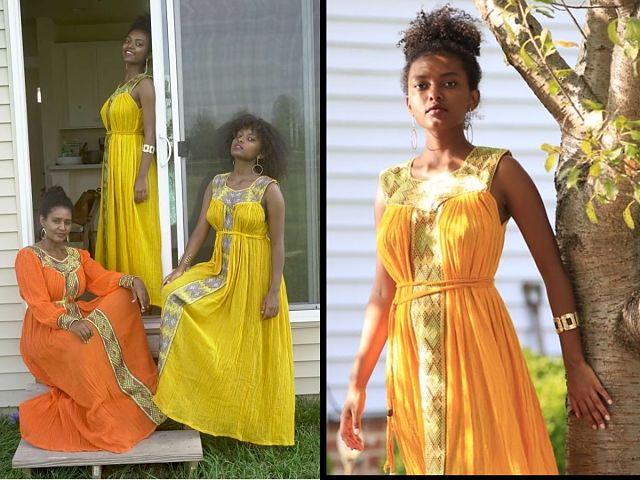 Ethni and Serene Amsale with their mother, Meseret Tamirie, at their home in Middletown, Delaware. Ethni is also pictured on the right. (Courtesy photo) 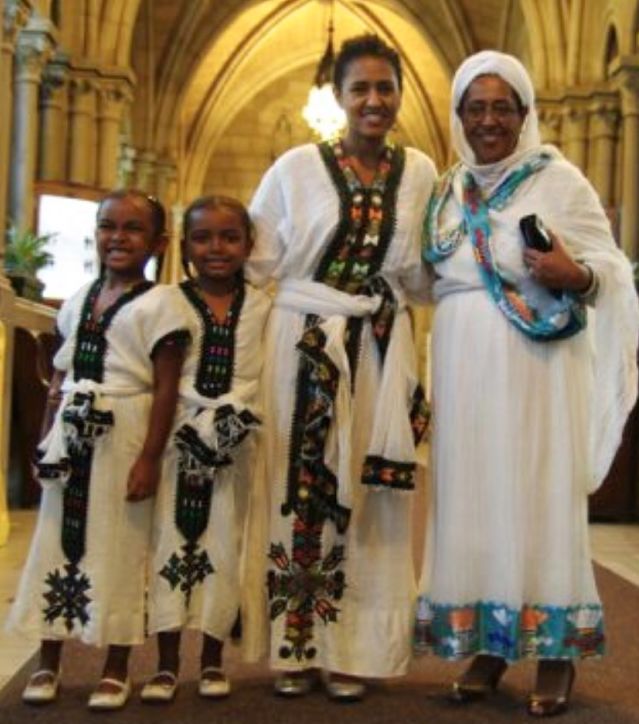 I am grateful for the connection I have to my ancestors birthplace and its rich history. I accredit this to my upbringing and my eagerness to continue to learn in a system that would otherwise see me fail. Currently, I am a high school senior planning on studying Animal Science and Biology on a Pre-Veterinary Track. I have been accepted to several accredited colleges and am in the process of making a decision. I am also an aspiring model and hope to one day have the platform to advocate for environmental policies that would positively impact the ecosystem and animal rights. I am appreciative of the opportunities I have and look forward to serving Ethiopia and the global community. Ethiopia enate tinur le zelalem.

‘Ethiopian music as the soundtrack to my life’ By Serene Amsale 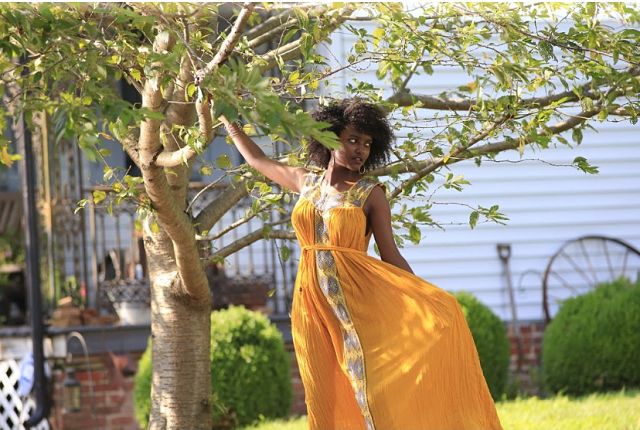 I can imagine myself opening and closing my eyes, the light of the sun, or the highway flooding my pupils and then disappearing as my eyelids met each other. I was on a car ride, when my mother, Meseret or “Mimi” and my twin sister, Ethni would go on family trips. My Ethiopian, specifically, gurage mother would put on music, with a wide variety of Ethiopian artists. From Mohamood Ahmed to Gigi, to Teddy Afro. Ever since our first days on Earth, even if I couldn’t recall, I can hear Ethiopian music in the background of old home movies with us as babies.

Staring out of the window, looking at landscapes, cities, and eventually crossing states, with Ethiopian music as the soundtrack to these road trips, and essentially my life. I was able to pick up on words and use my mother as a human dictionary. “Ehe mindinew?”, I would say, pointing to a lamb or cow on a local farm. It is important to note that I am passionate about animals. Ever since I was little, I aspired to be a veterinarian or wildlife biologist.

At the age of 6, my sister and I decided in unison to become vegetarian, which my lovely, single mother fully supported. I would love learning what animals would translate to in the Amharic language. Soon after, I noticed myself understanding the language more, and the conversations my mom would have with relatives on the phone. I was able to articulate myself, which was very apparent to me on our most recent trip to Ethiopia in the summer of 2018. While I enjoyed reconnecting with family and friends, I also got a glimpse into the experience of animals in Ethiopia, particularly cattle and domesticated animals. 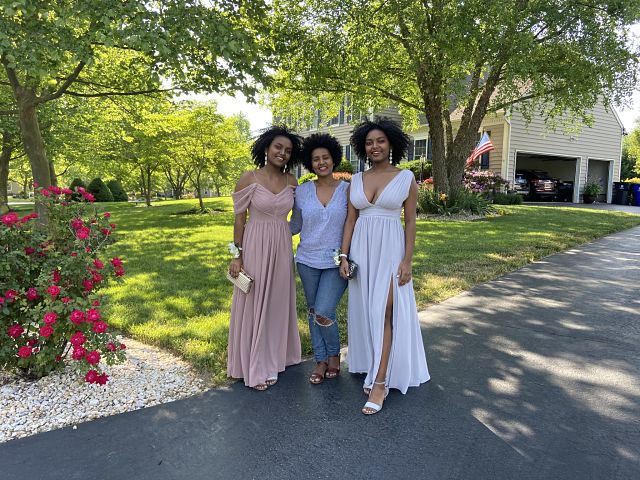 Serene and Ethni Amsale with their mother, Meseret Tamirie, pictured before their Prom night at their home in Middletown, Delaware. (Courtesy photo) 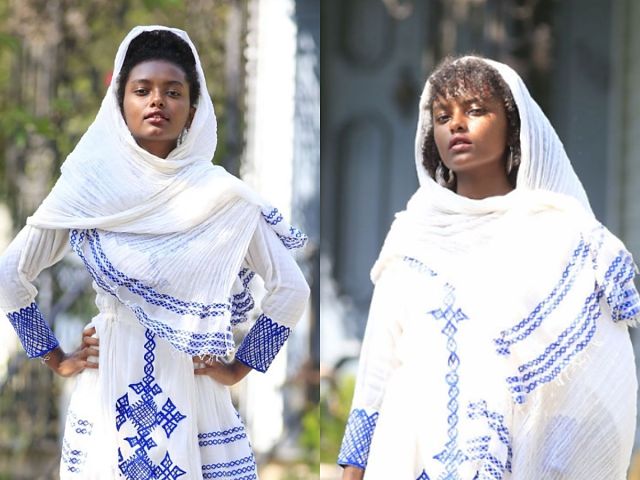 I noticed some were used in the prime of their lives and then deemed no longer valuable. They were left emaciated and lifeless on the streets of Addis Ababa and Hawassa, and everywhere in between, where we traveled. I am pursuing a higher education in biology and environmental policy. I will be majoring in those fields in the beginning of this fall semester. I will focus on veterinary medicine. I am confident I can rely on my knowledge thus far, and solid upbringing in my 17 years of life that being a human being is extraordinary but being Ethiopian is a true privilege.

I take great pride in being able to call Ethiopia my country of origin. It is a strong and determined lion, “anbessa” in a pride of lost ones, remaining independent through two Italian invasions, thus becoming the only uncolonized African country in history. Accordingly, the only African country with its own indigenous alphabet, “fidel” and diverse subcultures, breaking into over 80 dialects. The land is home to impressive geographic locations, from the Danakil Depression, the hottest point on planet Earth to the Great Rift Valley and Simien Mountains- by the way I loved doing a report on them in 5th grade- The mountains helped coin the phrase “The roof of Africa” for the nation. Retrospectively, notice our flag colors, green, yellow, and red, and countries across the continent, subsequently adopt them throughout history. The first, Ghana, in 1957, then, Mali, Cameroon, Benin, and Senegal, consecutively after that. These are not simply colors, but a symbol of indepence, peace, and a real possibility of freedom, not just hope. I aspire to emulate my mother’s principles, her open-heartedness, and ability to lead with the heart, and to be present, and accessible, non-judgement towards others, belief in herself, and strong-willed, graceful, and magnetic nature. Similarly, these are all elements of the wonderful nation where our roots lie, and leading with any one of those traits will surely lead one to a bright future. I am excited to embark on my life’s adventure, and eager to affect change in a meaningful way.