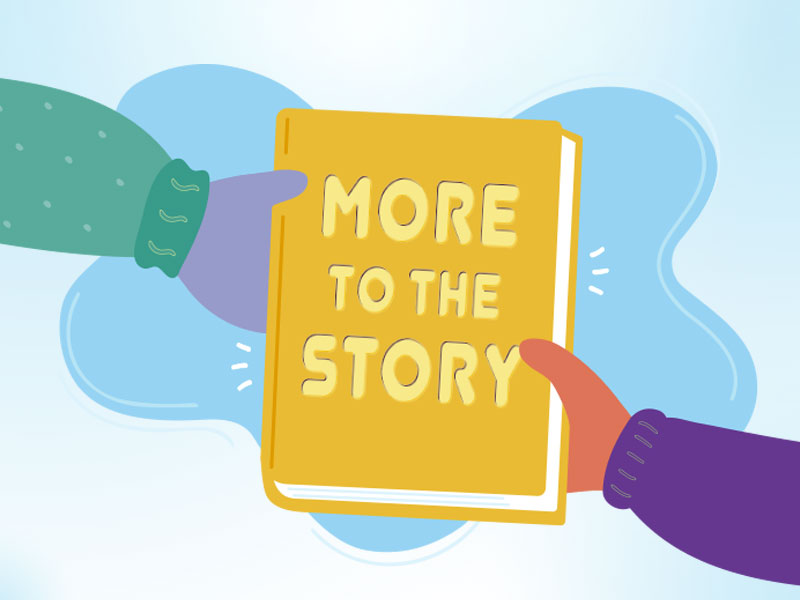 Children of immigrants face faulty resources that may present a less-inclusive story of life in the U.S.

The U.S. immigration experience has generally focused on assimilation toward whiteness, via colorism, speech, dress, lifestyle, work, aspirations, and the immigrant education process itself. Even nonwhite and Black immigrants were and are encouraged to aspire to models of white Americans as the pinnacle of success, downgrading or ignoring the ­success of people of color. Until recently, children’s books helped instruct this kind of white ­assimilation, and when they told immigrants’ stories, they were aimed at white readers.

When sharing books about immigration with kids, go beyond titles that simply ­explain the immigrant experience to white or non-immigrant audiences. Instead, use ­material that addresses nuanced immigrant issues and that’s inclusive of English ­language ­learners. There are several issues to consider when discussing immigration.

Many immigrants, especially ones very new to the United States, don’t always understand the history of racism in America, and so, for example, were confused or apprehensive about Black Lives Matter protests in the summer of 2020. Immigrant kids need books that teach the true history of race in the United States. A teaching moment might be to consider how hip-hop, which has become familiar with youth worldwide as an intersection of music, fashion, protest, equity, and freedom, might also act as a path for immigrant students to explore the deeper roots of Black history.

Immigrants also need to learn the true history of Indigenous Americans. Additionally, folks with Latinx/Indigenous roots may be labeled immigrants; in reality, of course, they preceded colonists in America, who literally changed borders around them.

The U.S. government has often attempted to invalidate why immigrants become refugees or are forced to flee their homes. Immigrants and refugees have been allegedly undeserving of U.S. citizenship. Now more than ever their stories need to be shared and their quest for U.S. citizenship understood.

Morse, Eric. What Is Hip-Hop? illus. by Anny Yi. Akashic. 2017. ISBN 9781617755842.
Gr 2-5–This short history of hip-hop shares the universal innovations of its Black inventors, including Missy Elliott, Kendrick Lamar, the Wu-Tang Clan, Biggie, Tupac, and more. Wonderfully illustrated with clay sculptures that will capture kids’ attention where English is a struggle and may inspire them to make biographical dioramas themselves.

Reynolds, Jason and Ibram X. Kendi. Stamped: Racism, Antiracism, and You. Little, Brown. 2020. ISBN 9780316453691.
Gr 7 Up–Reynolds’s adaptation of Kendi’s book examines race and antiracism, from 1415 forward. It encourages critical thinking about the construct of race and will help those new to U.S. culture understand how racism lingers through coded language and harmful images today.

Johnston, Tony and María Elena Fontanot de Rhoads. Beast Rider: A Boy’s Journey Beyond the Border. Abrams/Amulet. 2019. ISBN 9781419733635.
Gr 4-7–The narrative describes the hardships Manuel faces when he is forced to leave his Oaxaca home, and his agonizing journey to reach his brother in Los Angeles. This account of the struggles immigrants endure to get to the United States, and the ones they face acclimating, answers why kids risk so much to emigrate.

Kuklin, Susan. We Are Here to Stay: Voices of Undocumented Young Adults. Candlewick. 2019. ISBN 9780763678845.
Gr 5 Up–This book explores the lives of nine young people living in the United States without citizenship, from places such as Korea, Independent Samoa, Ghana, and Mexico. These stories help readers understand issues immigrants and refugees face, including those affected by DACA.

Leatherdale, Mary Beth. Stormy Seas: Stories of Young Boat Refugees. Annick. 2017. ISBN 9781554518951.
Gr 4-7–These tales of immigration via boat help flesh out immigration history in the United States and America’s struggle to accept immigrants. They include Jews escaping from Nazis, Cubans fleeing a new regime, and Vietnamese evacuating after war—stories that may be the family history of students today.

Tan, Shaun. The Arrival. illus. by Shaun Tan. Scholastic/Arthur A. Levine. 2007. ISBN 9780439895293.
Gr 4 Up–The wordless format of this book makes it accessible to most readers, including immigrants and refugees of many backgrounds, ages, and language abilities. Tan communicates the essence of what it means to leave a homeland, escape oppression, and begin life again.

Tonatiuh, Duncan. Undocumented: A Worker’s Fight. Abrams ComicArts. 2018. ISBN 9781419728549.
Gr 2-5–Using an unconventional format and artwork, this book maps an undocumented worker’s trek across the border and his growing activism at a menial restaurant job to change working conditions. Use with students to share immigrant empowerment and to recognize embedded Indigenous culture.

Warga, Jasmine. Other Words for Home. HarperCollins/Balzer + Bray. 2019. ISBN 9780062747808.
Gr 4-8–Jude struggles to adapt when forced to leave Syria with her mom and join relatives in Cincinnati, where everything seems too loud and fast. Her relationship with her cousin provides insight into how assimilation toward whiteness affects immigrant kids.

Yang, Kelly. Front Desk. Scholastic/Arthur A. Levine. 2018. ISBN 9781338157796.
Gr 4-6–Mia helps her Chinese immigrant family run a hotel; work is a common experience for immigrant kids, but one not often included in kids’ books. Mia encounters hardship, poverty, ­assault, racism, and bullying. She works toward solutions with Americans of many backgrounds, including other ­immigrants.

Dunbar-Ortiz, Roxanne. An Indigenous Peoples’ History of the United States for Young People. adapt. by Jean Mendoza & Debbie Reese. Beacon. 2019. ISBN 9780807049396.
Gr 9 Up–Use this Indigenous perspective of U.S. history to correct colonialist viewpoints immigrant students may have been taught—for example, the myth that America could be discovered—and had no native population or culture of its own. Includes maps, photos, primary sources and short biographical information about Indigenous Americans.

Cathy Camper is a librarian and the author of Lowriders Blast from the Past, ­illustrated by Raúl the Third (Chronicle).