Jamia Wilson’s Inclusive Guide Is ‘Not Your Mama’s Feminism’ 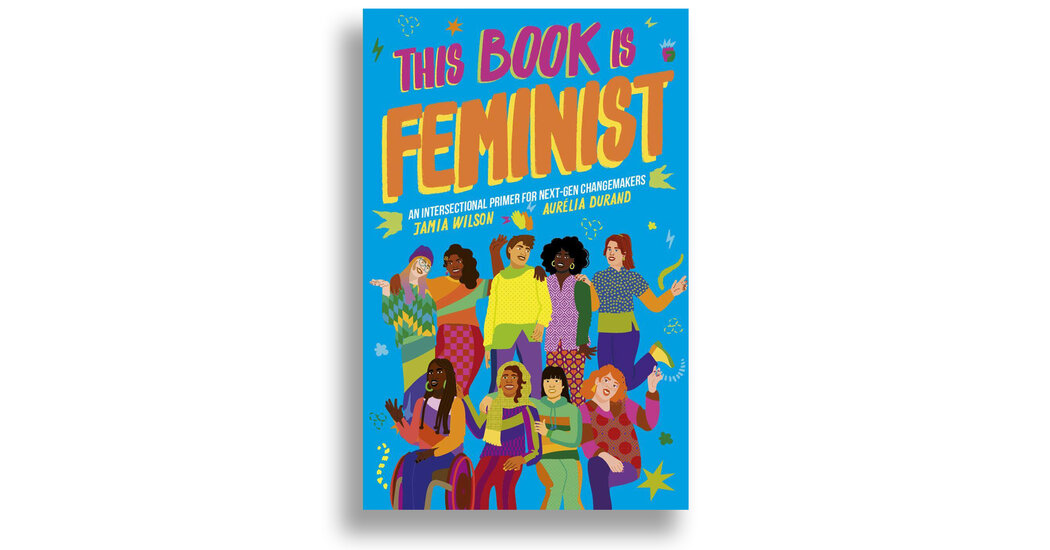 In 2017, women took to the streets in record numbers. The Women’s March, held the day after Donald Trump’s inauguration, was the largest single-day protest in the United States, and an international call to arms against misogyny and sexism. This resurgence of feminism raised pertinent questions: Who gets to be a feminist and what does it mean to be a feminist today?

Jamia Wilson’s accessible primer, “This Book Is Feminist,” frames the movement as enlightened collective consciousness. Wilson, executive editor at Random House and the former director of the Feminist Press, treats feminism as a living, breathing, malleable entity that holds the key to dismantling systemic oppression and injustice.

For her, there is no feminism without intersectionality. Coined in 1989 by Kimberlé Crenshaw, the term, as defined by Wilson, describes “the interconnected nature of social categorizations, such as race, class and gender, as they apply to an individual or group, creating overlapping systems of discrimination.”

Wilson’s 15 short chapters, tailor-made for young attention spans, thoughtfully examine the roots of the feminist movement. Many begin with quotations and feature Aurélia Durand’s bright portraits of activists, from Mary Wollstonecraft to Marsha P. Johnson and Malala Yousafzai. Statistics show the disparities that impact women across nationalities, class, race, ability and sexual identity. Journal prompts encourage introspection, and notes and a glossary at the back aid information retention. Wilson unravels the notion that feminism is “single-issue” advocacy. Her vision of it eschews borders and gatekeepers.

Who has power? Who creates the rules? These questions serve as touchstones throughout. If knowledge is a form of power, Wilson argues, then power is speaking truth without fear.

Wilson’s personal experiences and past struggles with ableism, racism, misogyny and colorism further illustrate the complexities of identity. A chapter on health makes the case for power as “bodily autonomy.” Wilson, who was born with a congenital cataract, stresses how feminism, like disability, is misunderstood and wrongfully stigmatized. Stigmas enforce systemic injustice; in order to push the needle forward we sometimes have to retool outdated patterns of thinking, including beliefs we regard as unbreachable.

A few chapters later, Wilson chronicles her relationship with her hair as an African American woman. After years of trying to conform to harmful social and cultural norms, she embraces her natural hair. Durand’s illustrated timeline highlights pivotal moments in Wilson’s journey to locs, which ends with self-acceptance and pride. These moments of raw honesty will surely connect with young readers. As a Black and Asian woman who also wasted years battling her natural hair, I saw myself in Wilson’s hard-earned revelations.

Fannie Lou Hamer once said, “Nobody’s free until everybody’s free.” Wilson’s optimistic view of feminism is based on the tenet of liberation for all, placing marginalized communities front and center. This foundational work endorses equity over equality, solidarity over performative allyship. But there is no one “right” way to be a feminist. As its history shows, sometimes the movement’s foremothers reinforced chains rather than breaking them. Yet if we commit to collective activism and inclusive organization, we have the chance to slay Goliaths.