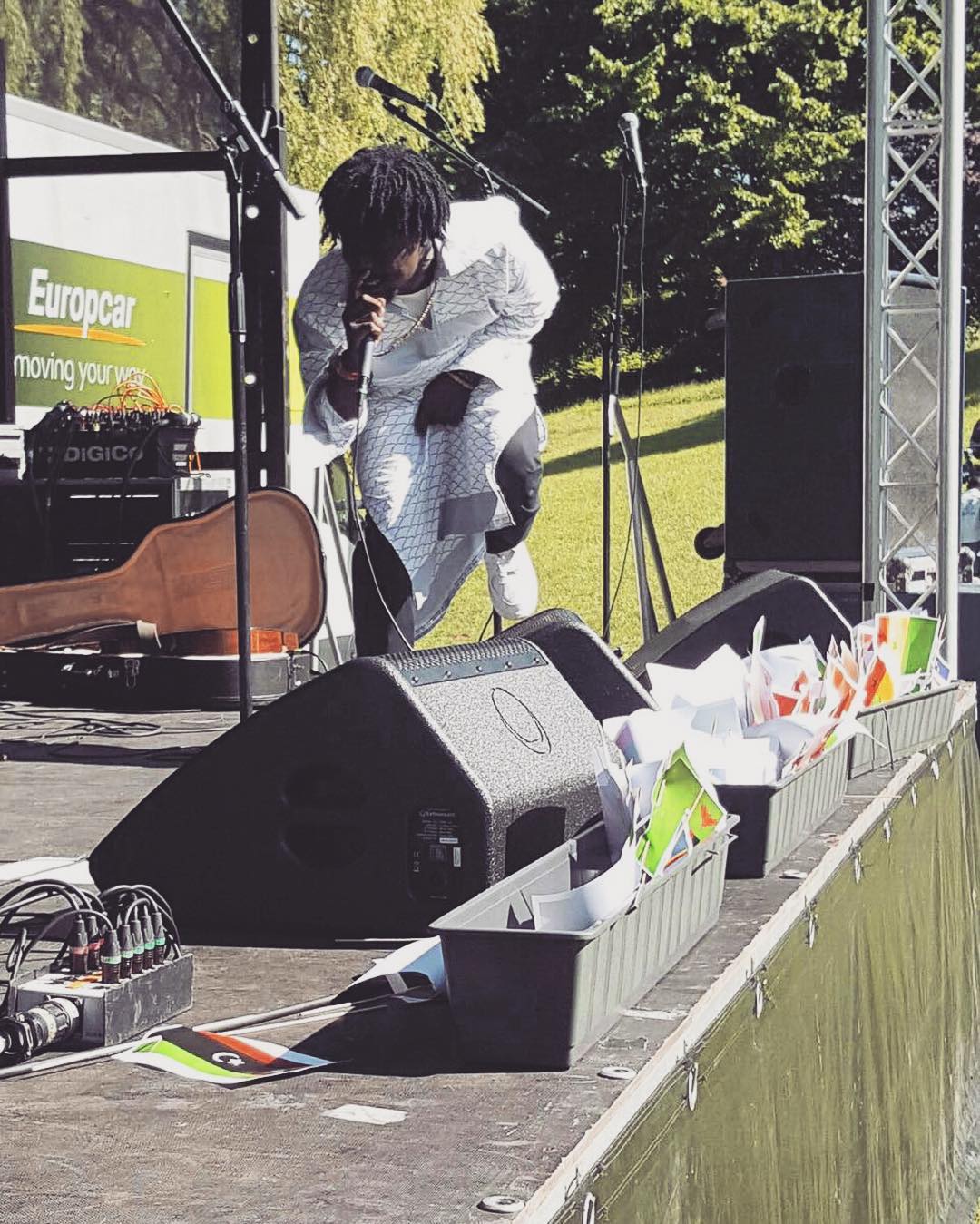 The 2021 PANAFEST /Emancipation wreath laying ceremony has been held in Accra, with the call on Africans to have a common mind and strength to support each other and also change their narrative.

The ceremony was in honour of the departed leaders and freedom fighters of Africa, who soared above petty differences and sought the greater good of the bigger African family.

Mr Mark Okraku Mantey, Deputy Minister of Tourism Arts and Culture , said PANAFEST/Emancipation was a time of celebration and remembrance of the terror that swept across the Caribbean and Americas by the enslavement of human beings.

He said Africans must never lose sight of the fact that many of the African ancestors experienced the most inhumane conditions, and in celebrating, Emancipation must be held at the forefront of their minds as a triumph of the human spirit over evil and atrocity.

“It is therefore ironic for a people who have been traumatized by slavery and suffered discrimination because of racial differences to easily forget their common bond of brotherhood and tragically tear each other apart. However, it is important that we as Africans have a common mind and strength to support each other and also change our narrative.”

The Deputy Minister said this was a legacy that must be left to the present and subsequent generations of Africa to strengthen their resolve to build a more united and prosperous continent where all people of Africa descent could flourish and the full spectrum of their talents could be nurtured to benefit humanity.

“Let PANAFEST/Emancipation celebration remind us of our shared heritage as we use the vehicle of tourism, arts and culture to strengthen our bonds.”

Dr Ife Williams, President, African Heritage Studies Association, said Europeans did not only colonize the world but colonized the narrative, controlling information and presenting it in a way that justified their exploit.

She said the ascendency of European dominancy created African subjugation, and so African still did not have good access to education, food security and housing. “Our cultures have been compromised, the very essence of who we are that feeds us and gives us the strength to face any challenge needs to be revitalized in us if we need to move forward.”

She said Africans did not know who they were as a people because they had been separated from their true inner selves, however they have remained resilient and desired to become whole.

Dr Williams said the internalization of black inferiority had become the truth for many and the way to end oppression for the African race was through African centered revolutionary that countered colonial misinformation.

“We need to give the youth education that empowers them. The paramount foundation of our education should be love for ourselves and our people. We have heard the true visionaries who shared the dream of a unified Africa to address our dire condition within the fold of the African diaspora, and so we must revitalize our spiritual health, connect to our ancestors and be able to strength and encourage ourselves to forge ahead.”

Dr Williams noted that “the acceptance and assimilation into western cultural ideals and untruth is leading us further down into our demise, and it was time to reclaim ourselves, heritage, culture and bring our populations into sustainable health and prosperity.”

Professor Esi Sutherland Addy, President, PANAFEST Foundation said Ghana was privileged to have the physical remains of George Padmore, W.E.B Dubois and Dr Kwame Nkrumah and it was important to ensure their resting places were well taken care of and patronized in order to stand on their shoulders to go ahead with the struggle.

“There is a story to tell about the scientist and those assisting in bringing about the cure and vaccines in this era and we need to tell the story. This year’s PANAFEST is about the heroic efforts of our people on the front line.”

Mr Akwesi Agyemang, Chief Executive Officer, Ghana Tourism Authority, said the celebration was done in the spirit of commemorating every year of survival and to remember the millions who had fallen in the course of this struggle.

“They were those we never knew, or remember because we didn’t know they had been captured those who fell during the passage. It is also to celebrate the resilience of the African spirit because we went through this and we survived.”

He said the celebration was also to acknowledge brothers and sister here and in the diaspora making strides and trying hard to fly high the flag of Africa, by telling the African story and creating the true narrative.

The wreaths were laid at the Du Bois Centre, George Padmore Library and the Kwame Nkrumah Memorial Park.