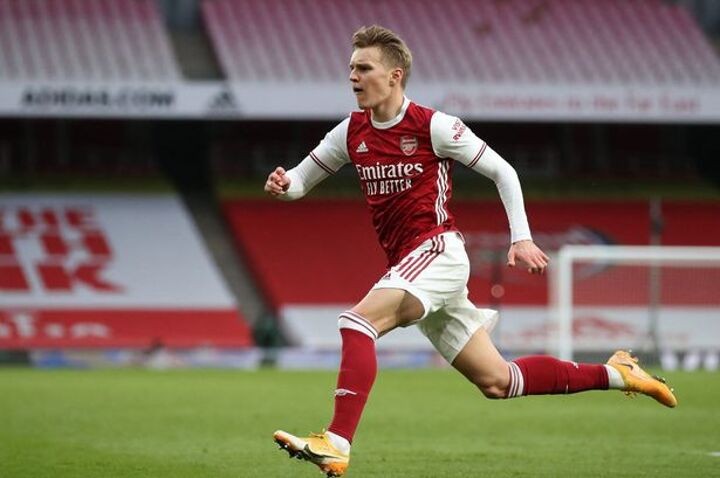 Arsenal entered the transfer window in early June requiring a playmaker, but Mikel Arteta is still waiting to sign a suitable creative option.

While Emile Smith Rowe has signed a new contract and was unveiled as the Gunners’ latest occupant of the No.10 jersey, the 21-year-old will need competition in attacking midfield.

Earlier in the window, Arsenal were heavily linked with a move for Martin Odegaard, who spent the second half of last season on loan at the Emirates.

The Norwegian made a strong impression in Arteta’s side, thanks in part to his goal in the north London derby victory over Tottenham.

Arteta was reportedly very keen to keep hold of Odegaard, but Real Madrid had no intention of letting the 22-year-old leave the Santiago Bernabeu.

Maddison, 24, has three years remaining on the improved contract he signed at the King Power last year, meaning the Foxes face no pressure to part ways with the Englishman.

Leicester signed Maddison from Norwich City for £20million three years ago but  Sky Sports  reports the club now values their player at an eye-watering £70million.

Such a fee could prove prohibitive for Arsenal, who are expected to complete a £50million deal to sign Ben White from Brighton and Hove Albion.

This will take the Gunners’ total spend for the window to almost £75million, adding to the transfers of Nuno Tavares and Albert Sambi Lokonga.

Emirates exits, in contrast, have been few and far between, with David Luiz’s departure at the expiry of his contract the most-high profile so far.

This means Arsenal may struggle to stump up a big-money bid for Maddison and would almost certainly need to sell first-team players to fund their offer.

Recent reports in Spain have handed Arsenal a lifeline in their pursuit of Odegaard, however, as Real Madrid appear to have softened their stance.

The midfielder has two years remaining on his contract and his future under Carlo Ancelotti is more uncertain than it was under former Los Blancos boss Zidane.

Sky Sports add Arsenal are continuing to monitor Odegaard and it appears likely he would be available for cheaper than Maddison.

Nonetheless, Real Madrid will still drive a hard bargain for a player once considered one of the most exciting prospects in Europe.