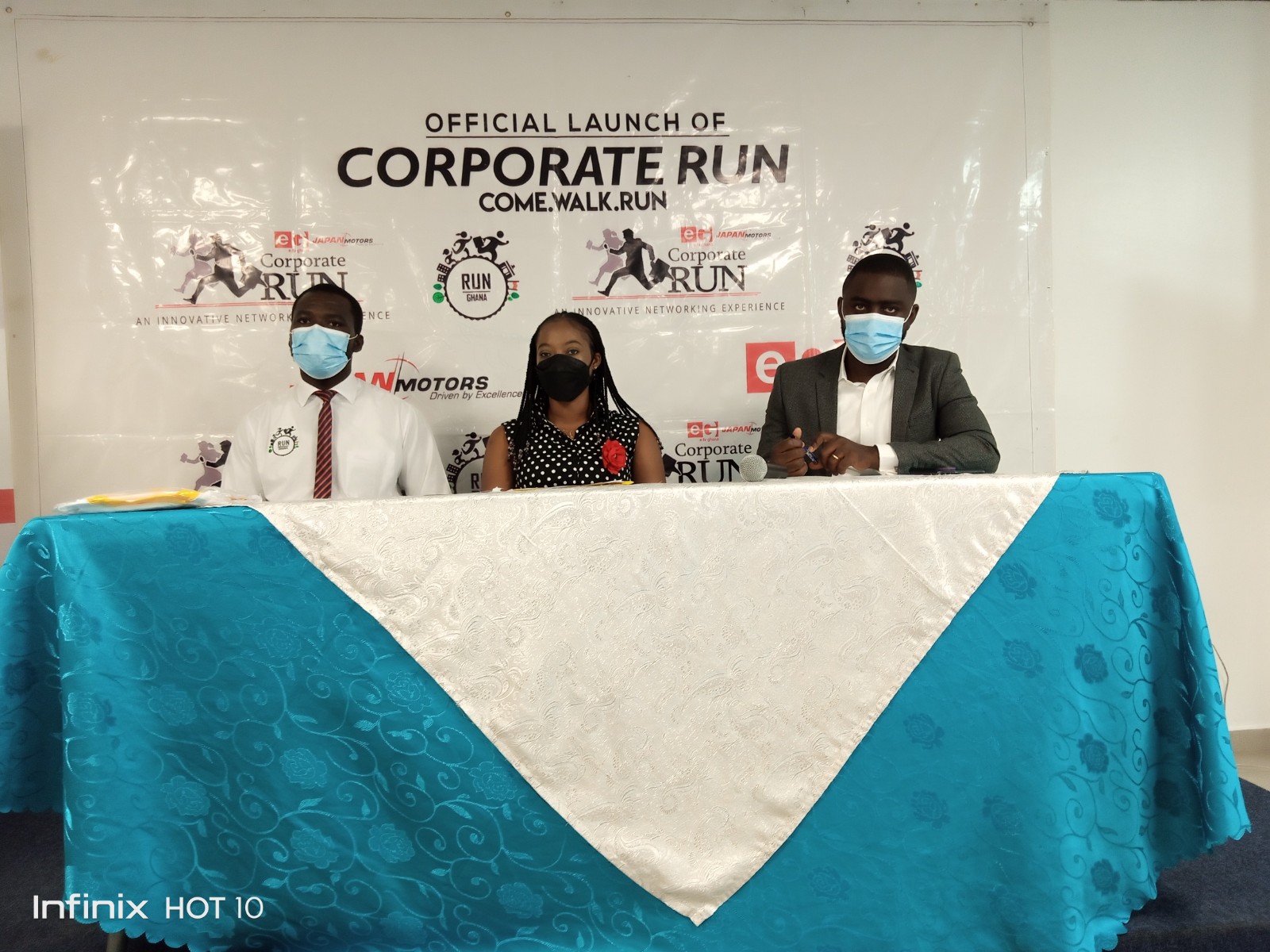 Former athletes and some challenged runners are expected to converge on the premises of the Silver Star Towers in Accra on September 21 for the 11th edition of the ETV Ghana-Japan Motors Corporate Run and Walk.

The annual 5km walk, which will be staged with all the COVID-19 protocol restrictions in place, will witness visually impaired and CEOs of major companies taking centre stage.

Purpose
At the launch of the event yesterday at the Silver Star Towers in Accra, Timothy Karikari, the Director of Global Media Alliance,stated that the day’s programme will feature various sporting activities, including aerobics.

“The event is to make corporate workers and citizens in the country healthy in this COVID times and maintain their physical well-being for the better development and progress of the country,” he explained.

Route
The Marketing Manager of Japan Motors, Harriet Mensah, revealed that the run would start from the Silver Star Towers in the early hours of September 21 through the Liberation Road, the 37 Military

Hospital and the streets leading to the Kotoka International Airport (KIA).

“The runners and walkers will then trod on to El-Wak and back to Airport before finishing at the Silver Star Towers,” she added.
She disclosed that winners will receive mouth-watering prizes which will be announced at the finishing point.

Charity
The Events Manager, Zuta Tei Isaac, told the Daily Graphic that the event, dubbed: ‘RunningForCharity’, will see a percentage of the proceeds accruing from participants going to the Ghana Blind Union.

He said registration began yesterday and ,therefore, urged interested persons to register at the Silver Star Towers, Japan Motors, ETV and the other affiliated sponsors.