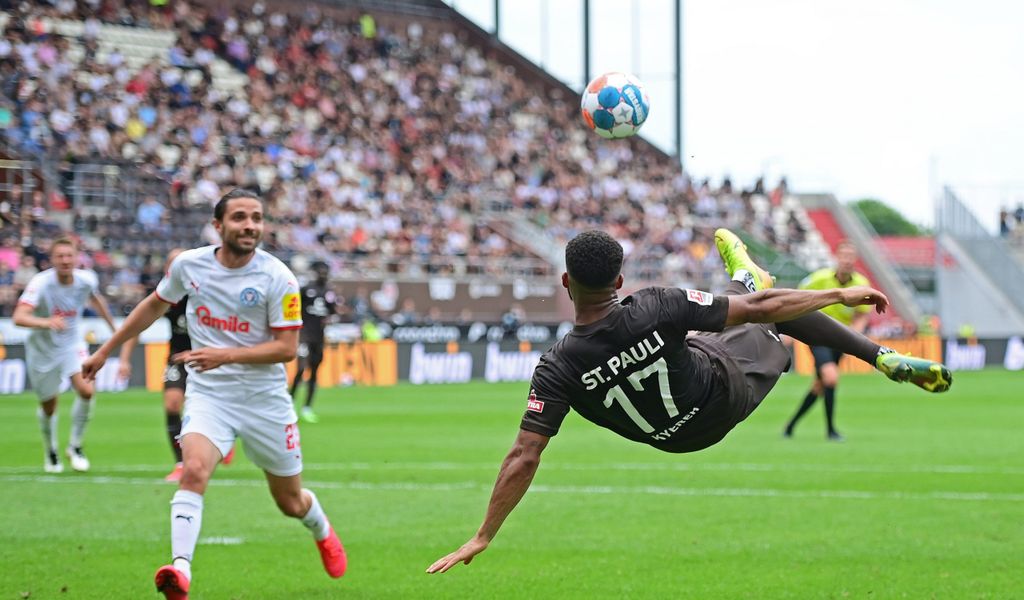 The 25-year-old was on target as The Browns earned an opening day victory over Holstein Kiel, after scoring his side’s second in the 3-0 win.

His performance has seen him earn plaudits from the club’s sporting director.

“He’s not an early starter who has been playing in the Bundesliga for a year at the age of 18,” says St. Pauli’s sports director Andreas Bornemann in an interview with MOPO about Kyereh, “but he’s already got a little loop about Havelse and the third division with contractions Wiesbaden until he came to us – with the clear idea of ​​taking the next steps in his career here. He achieved this very impressively last year in many phases of the season and this year it will not only be about confirming that, but also adding a bit more to it.”

“In his mid-20s he is definitely at an age where he can and must still take steps,” says Bornemann, who knows very well about the qualities of the offensive man.

“It will always be the case that someone like Kofi aims to play in the Bundesliga. But I think that even with a good season with us, he can come a lot closer to this goal.”