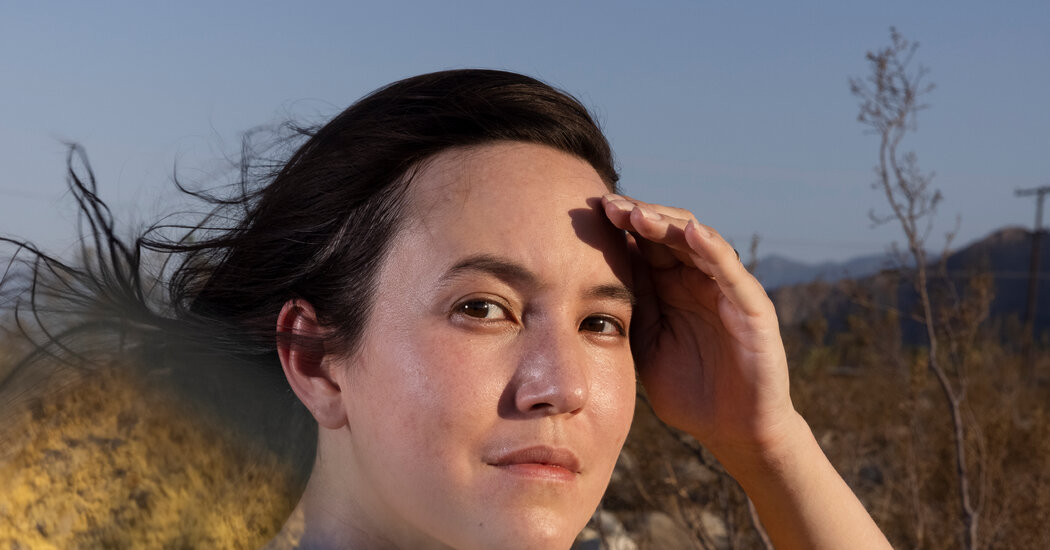 Whereas in “You Too Can Have a Body Like Mine,” bodies themselves were plastic, shape-shifting until they lost all trace of their original form, in “Something New Under the Sun,” the plasticity is something foreign, and menacing. Nobody, including its suppliers, knows enough about WAT-R to foresee its true consequences — as Kleeman describes it in the book, it is born out of a capitalist desire to profit from human-inflicted scarcity.

“Things that we’ve always needed, like land, a place to live, resources, become privatized and turned into possessions, when they weren’t to start with,” Kleeman said.

In the novel, only the wealthy in the Malibu hills have access to temperature-controlled interiors and real water, which they drink while watching WAT-R wreak biological and topographical havoc on the less fortunate down below. Back in New York, Patrick’s wife, Alison, suffers a panic disorder, her sense of impending doom irreconcilable with the willful obliviousness of everyone around her.

“She is, to me, the most identifiable character,” Kleeman said. “A lot of me is in there.”

Patrick’s 9-year-old daughter, Nora, represents a younger generation’s precocious, guarded optimism. “It’s difficult to live a life without contradictions, but it’s not impossible to know what those contradictions are,” Kleeman said. “And to keep trying to think of a way out, or to a slightly better state.”

An assistant professor at The New School, Kleeman teaches graduate classes on the dystopian genre. Her colleague, the novelist Marie-Helene Bertino, often gets students Kleeman has previously taught. “They’ll just rave about how intelligent she is and how she can unpack literature in a way that surprises them,” Bertino said.

One of the stories Kleeman teaches is “The Savage Mouth,” by the Japanese writer Sakyo Komatsu, in which a man systematically amputates and consumes his own body parts so as not to be responsible for taking the lives of other beings. She pulled it from her mother’s bookshelves and read it with horror and fascination when she was 11. “If you want to cause no harm in the world, do you truly have to turn inward?” she asked.