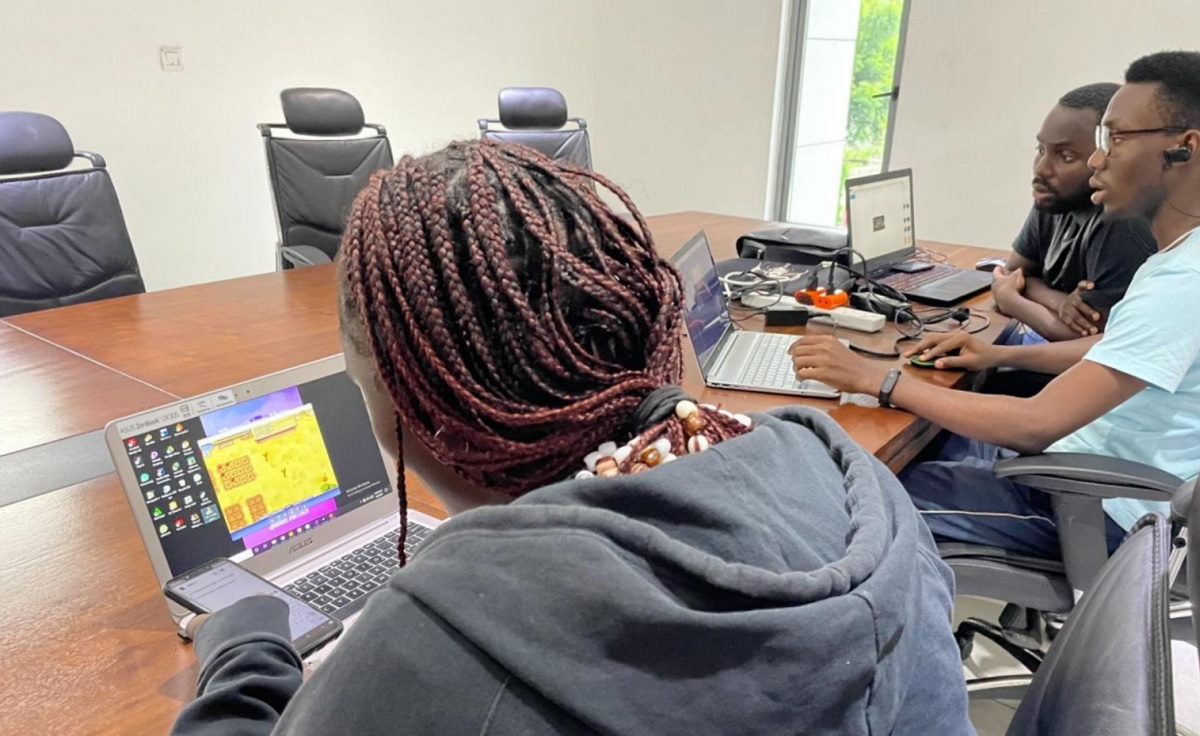 All the sessions from Transform 2021 are available on-demand now. Watch now.

Gaming has a lot of promise in Africa, but it has been slower to develop there than it has elsewhere. To boost its fortunes, Maliyo Games has launched the #GameUp Bootcamp with Google to train game developers in Ghana, Kenya, and Nigeria.

The Lagos, Nigeria-based training program will help boost Android game development skills among the next generation of game developers in Africa. The project is the first of its kind to prepare young people for careers in the global gaming market, said Hugo Obi, founder of Maliyo Games, in an interview with GamesBeat.

The #GameUp will run virtually from August to December 2021. Participants will learn to create mobile games for the Google Play store with mentoring support provided by Maliyo Games. Africa will have more than 475 million mobile phone users by 2025, and that will be a big market for games in the long run.

Three top investment pros open up about what it takes to get your video game funded. 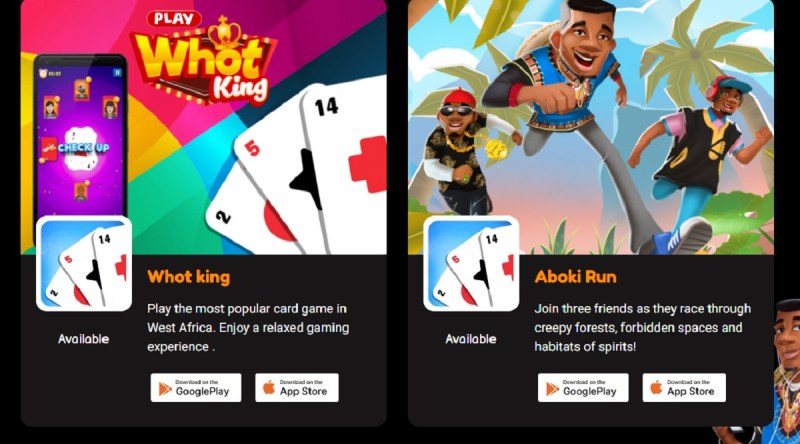 Above: A couple of Maliyo’s own games.

“We did you know, we are bringing people new people into the team to help support with the bootcamp,” Obi said. “But the bootcamp itself, the content itself is self-paced and self-taught. It’s project-based content. So people essentially follow online tutorials, online guidance. And then we would be onboarding mentors, from the African game developer community, as well as the global game developer community, to then help support some of these learners with mentors who can then provide guidance.”

The #GameUp Bootcamp is designed for people with basic programming knowledge or a computer science background. Selected participants will learn how to refine, package and develop casual Android games using a modern self-paced and project-based learning system with instructors who will periodically assess and evaluate students’ performance.

The program will support participants with valuable peer-support from the African gaming community. The #GameUp Bootcamp will also offer a data allowance to enable students to access course materials and download the relevant software.

Maliyo is a Lagos-based game development studio with more than 40 mobile games in its portfolio. The company brings its nearly 10 years of experience as a leader in the African gaming scene. The goal is to share African cultural richness in every product they create. Maliyo embeds authentic and meticulous storylines and character development in their games, which include Math Rush, NDR, Jungle Escape, and Aboki Run.

Students who reside in Nigeria, Ghana, or Kenya are eligible to apply. Participants must have a personal computer. Applications are due by August 2. The program will favor candidates with knowledge of one of the programming languages: C#, C++, HTML, or JavaScript.

“We want people with some level of competency in programming,” Obi said. 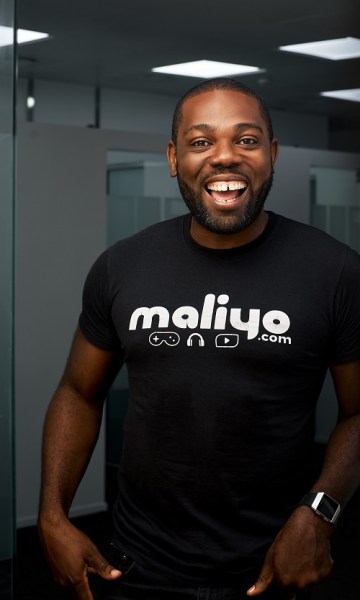 Above: Hugo Obi is founder of Maliyo Games.

Obi set up the company a decade ago because he saw the big growth in gaming, the strength of Africa in mobile phones, and his own desire to return to Africa and run a startup. At the time, he was living in London, and he wanted to return to Lago.

“This was part of the African rising generation, where between 2009 and 2014 there was a huge repatriation of people moving back from the West, back to Africa,” he said. “You started seeing the boom of e-commerce, ad tech, med tech, and fintech.”

Maliyo raised its own seed round in 2015. It has generated its own revenue by licensing its games to distributors in Africa.

“The gaming industry was really attractive because it was emerging,” he said. “There was increasing adoption of the smartphone and mobile internet within the continent. And there was the popularity of Nollywood content, which is kind of the Nigerian version of Hollywood, as well as Afrobeat, which is a music genre that came out of Nigeria.”

Fortunately, Google had an office in Nigeria and Maliyo had a good relationship with them as a game publisher.

“They’ve always tried to support local content publishers with the Google Play team because they also need the developer community,” he said. 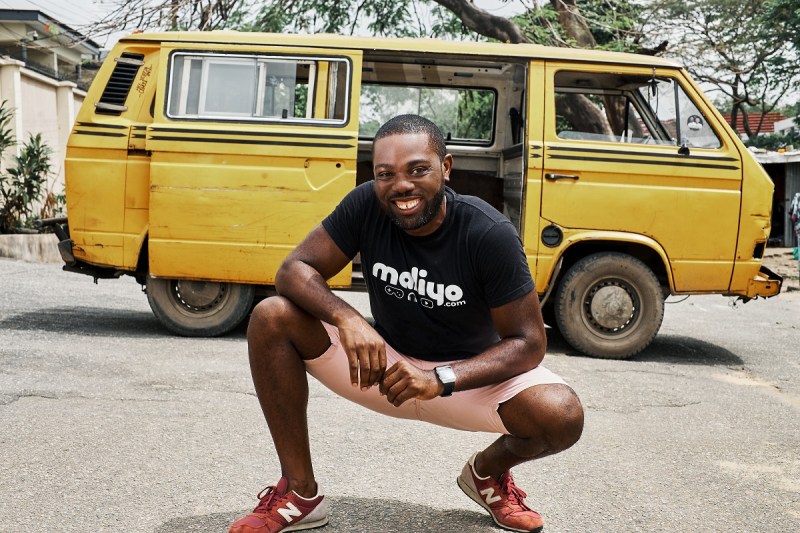 Above: Hugo Obi started Maliyo Games a decade ago.

The company targeted its games at people who live in Nigeria and West and Sub-Saharan Africa. But technical talent was scarce, and the educational institutions did not provide technical training to aspiring game developers, Obi said.

“This was a real challenge for us early on in terms of recruiting, and this problem actually still exists,” he said. “When I looked back at what we’ve accomplished, I realized that one of the missing pieces was still this talent pinch. We’re still struggling to find competent game developers on the continent.”

“Africa is going to have about 500 million smartphone devices by 2025,” he said. “I think in the next two to three years, we may see some significant investments and acquisitions. It’s really kind of booming right now.”

He doesn’t know of any funds that are investing in African game companies yet, but South Africa’s Carry1st raised $6.5 million earlier this year.

In early 2020, Maliyo’s team developed an in-house curriculum to onboard entry-level game developers for the team. They set it up to train about six employees for the company. But then the pandemic came and the team of eight people had to work remotely. 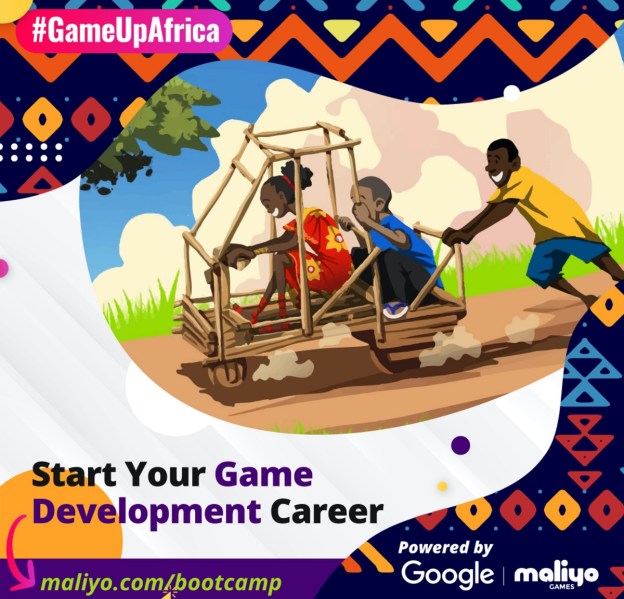 Above: Maliyo is supporting #GameUpAfrica as a boot camp for game devs.

Fortunately, online learning is picking up. Obi has seen a lot of new talent coming aboard thanks to internet learning programs such as YouTube, Udemy, Coursera, and Google’s own programs for Africa.

“It’s a lot easier to train people who have existing technical knowledge on how to then apply that knowledge to build mobile games,” he said.

They use tools like Unreal or Unity to build the games.

Google reached out to the company to see if it was something they could scale up to reach more young people across Ghana, Kenya, and Nigeria. Ultimately, they’re trying to get a team of people competent enough to publish a title on the Google Play store. At the end of the program, Maliyo hopes to hire a lot of the graduates.

“Success is judged by the number of people who go through the program to actually produce content that is then published on the app store,” Obi said. “The plan is that, alongside our partners, we can scale this across the whole of sub-Saharan Africa, to include a lot of the countries where Google Playstore is being supported.”

I believe that in a few years Africa will have a booming game economy. I remembered Rajesh Rao, an Indian game entrepreneur, predicting that India’s game business would boom just as China’s did, and he was right. It’s just inevitable that the talent for making games will spread around the world.

GamesBeat’s creed when covering the game industry is “where passion meets business.” What does this mean? We want to tell you how the news matters to you — not just as a decision-maker at a game studio, but also as a fan of games. Whether you read our articles, listen to our podcasts, or watch our videos, GamesBeat will help you learn about the industry and enjoy engaging with it.

How will you do that? Membership includes access to: