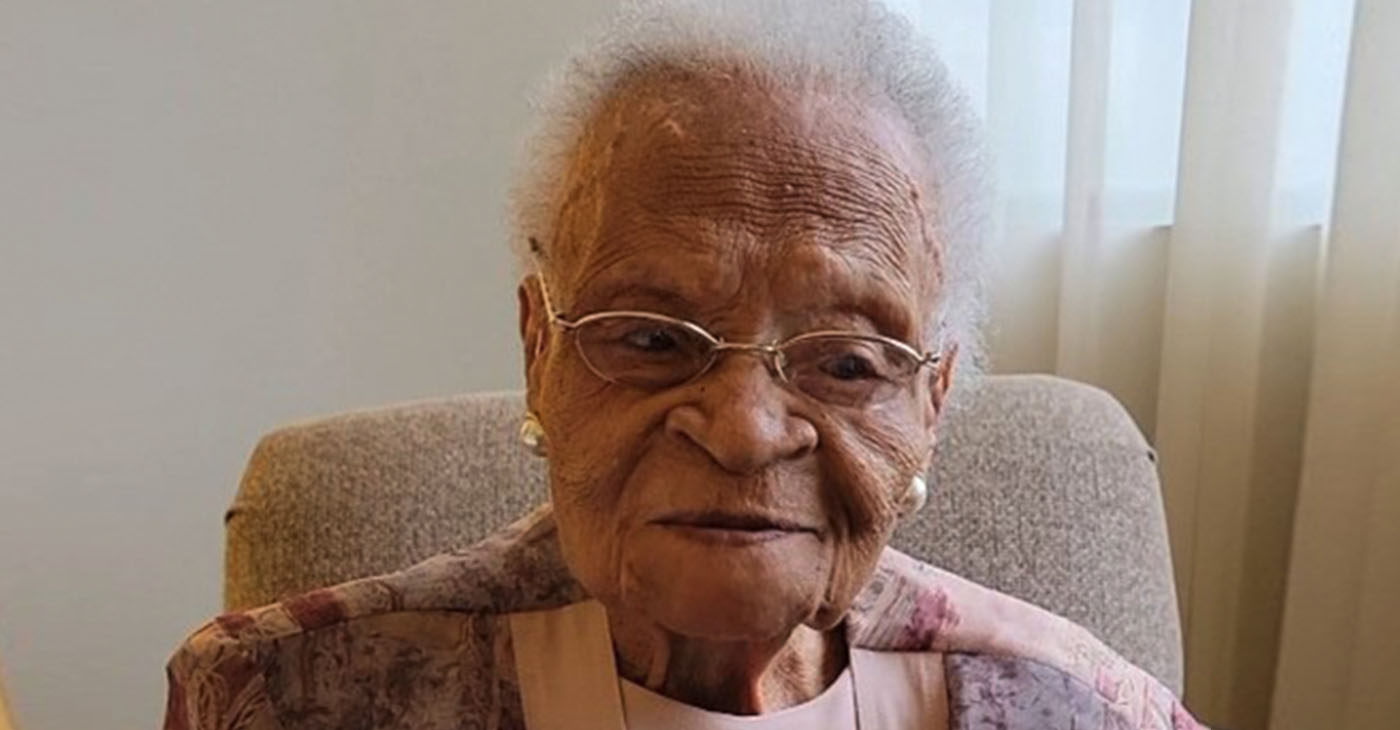 On the evening of May 31st, 1921, a vicious white mob from neighboring Tulsa, Oklahoma, descended on the prosperous African American community of Greenwood, intent on murdering, looting and burning that community to the ground.

In the aftermath of the nightmare that unfolded for Greenwood’s Black residents, every home and business was destroyed, at an estimated cost in 1921 dollars of $4.5 million dollars.

Those survivors who weren’t able to escape the conflagration, which included World War 1-era biplanes dropping gas bombs, found themselves being herded at gunpoint into concentration camps.

The number of killed and injured are believed to be in the thousands, a number that included many women and children.

Two of those children, Viola Fletcher, age 7, and her newly born brother, Hughes Van Ellis, now 107 and 100 respectively are survivors of those two terrible days in 1921.

The program, which airs at 7:30 a.m. EST, can be seen live at Facebook.com/BlackPressUSA/Videos, YouTube.com/c/BlackPressUSATV, and on Twitter @BlackPressUSA.

Mother Fletcher, who witnessed most of the violence and horror, says that she’s been haunted every day of her long life with terrible dreams and memories.

“On that first night,” Mother Fletcher recounted, “I went to bed in my family’s home in Greenwood, a community that was rich, not only in terms of wealth, but in culture, community, and heritage. My family had a beautiful home. We had great neighbors, and I had friends to play with.

“I felt safe and had everything a child could ask for. I had a bright future ahead of me there in Greenwood, a place that could have given me the chance to truly make a good life in this country. But within a few horrible hours, all of that was gone….”

The night of the Massacre, a young Viola Fletcher was roused with her siblings by her parents, Lucinda Ellis and John Wesley Ford, and were told they had to leave their home immediately.

When the family came out into the street, they were greeted with images of unspeakable violence resembling scenes from Dante’s Inferno!

The smell of acrid smoke and orange hot glow from burning homes, businesses and buildings created a horrific glow in the night sky. Worse of all, the children saw bodies of the dead lying in the streets as the white mob made its way through Greenwood.

“We were lucky. Many people weren’t. I will never forget the violence of the white mob as we made our escape, and to this day I still see Black men being shot, still smell smoke and everything around us on fire,” Mother Fletcher said.

“I still see airplanes flying overhead dropping firebombs. and still hear the screams of terrified people. I relive the Massacre every day.”

In May 2021, as the City of Tulsa, enriched with millions of dollars dedicated to the Centennial of the Tulsa Massacre, Mother Fletcher made an appearance before the United States Congress to give testimony regarding the hardships of her life.

“When my family was forced to leave Tulsa, I lost my chance at a good education. I never finished school past the fourth grade. I never made much money,” Mother Fletcher told Congress.

“My country, the State of Oklahoma, and City of Tulsa took a lot from me and from so many others. Despite this, I spent time supporting the country during the Second World War, working in California’s shipyards.”

“But for most of my life, I was a domestic worker serving white families. But to this day, I can barely afford my everyday needs, while the City of Tulsa has unjustly used the names and stories of victims like me to enrich itself while I continue to live in poverty.”

Recently, after years of being relegated as hidden history, the Tulsa Oklahoma/Black Wall Street Massacre has finally begun to gain its rightful place in the history of the United States of America, with news media interviews and entertainment programs (most notably 60 Minutes on CBS, and HBO’s The Watchmen series), and documentary films retelling the story of the events that took place so long ago in Tulsa, events most people in the United States, until now, had very little knowledge of, and when and if it was spoken of, was classified as a “race riot” which has very different connotations than a massacre.

“Imagine a long life where you saw men walk on the moon, and every conceivable accomplishment of this nation, including the Civil Rights Movement, and even the election of a Black President,” said Dr. Toni Luck, Chief Operating Officer of Our Black Truth, Inc.

“And then you have people like Mother Viola Fletcher, who lived to see all of that, but who has been haunted for 100 years by painful memories of all she and others in the Greenwood community suffered those two days from May 30 to June 1, 1921.

“It’s for this reason that my organization and our sponsors are taking Mother Fletcher and Uncle Redd to Africa. When we met her and her brother in Tulsa during the Centennial, she expressed a wish to finally and at last see Africa, a personal dream Mother Fletcher’s had for decades.

“And thanks to my partners, two young African American geniuses, Michael and Eric Thompson, founders of the new social media platform, Our Black Truth, she will, at long last make that wished for dream come true, replacing bad memories with what we know will be good ones in beautiful Ghana.”

In addition, Our Black Truth will also produce a documentary film to capture every moment of this historic occasion.

Mother Fletcher and her brother, Hughes Van Ellis, known in the community as “Uncle Redd”, will be traveling to Accra, Ghana, West Africa during the month of August, 2021, and will enjoy a spectacular itinerary and the great hospitality of the Ghanaian people, government officials, tribal chiefs and Nanas, tour Cape Coast to see the dungeons at the slave castles there, and stand in the “Door of No Return.”

They will also be greeted upon arrival by Our Black Truth’s on-ground partner, H.E. Ambassador Erieka Bennett, head of Mission at the Diaspora Africa Forum, the only embassy for the African Diaspora, and is located at the historic W.E.B Dubois Center in Accra.

“They will be feted by an adoring public here in Accra and receive honors from Ghanaian chiefs and nanas and a delegation of nobles from Nigeria based here in Accra,” said Ambassador Bennett.

“They will also place wreaths on the grave of Dr. W.E.B. Dubois and place names of 4 their ancestors on the Sankofa Wall, a memorial established here on the grounds of the Diaspora Africa Forum.”

They will also be welcomed at Jubilee House by the President and Vice President of the nation, the Ambassador continued.

“We believe every African American, in their heart of hearts, has a desire to see the Motherland,” said Ike Howard, grandson of Mother Fletcher.

“My Grandmother wants to see where she believes our history originated and at 107 years old has made visiting Africa a priority to be realized during her remaining years.”

Our Black Truth (OBT) is a recently launched social media platform that is designed to provide freedom of expression and respectful exchange that members of the African American community often do not experience on some social media platforms, finding themselves censored for strong and righteous opinions, and their personal data sold to corporations.

Our Black Truth is the 21st century gateway to reach and connect the African American community and African diaspora with a place of our own, said OBT’s CEO, Michael Thompson, a systems engineer who began his career in digital technology solving connectivity problems for America Online (AOL).

Along with Our Black Truth social media, some of the other sponsoring organizations on both sides of the Atlantic of this historic undertaking include The Diaspora Africa Forum, The African Communications Agency, The Africa Legacy Fund and United Airlines.

Unlike many news organizations, Voice & Viewpoint delivers content that matters to you. Help us keep it that way by making a generous donation for as low as $2. Your support will fund local, investigative journalism for the community, by the community.