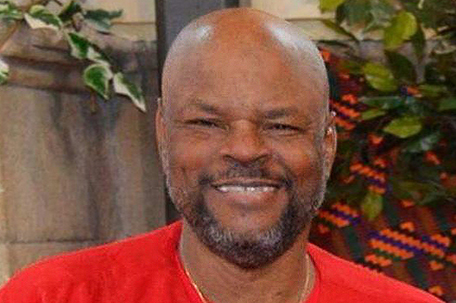 A world traveler, Salahuddin also established many other business ventures in Philadelphia and the region — most recently the Pennsylvania Juneteenth Initiative (PAJI) with Michael Rashid. PAJI is the organization that produced the largest Juneteenth parade and festival in the nation in 2019 which attracted over 25,000 people. These Juneteenth celebrations have been broadcast on 6abc since 2018.

Salahuddin, also known as Phillip Dixon, was the oldest son of the late Horace Dixon and Bertha McLemore Dixon. He was born on February 4, 1947, in Philadelphia, where he received his education. He was preceded in death by his younger brother Radi Dixon.

Salahuddin graduated from Howard University School of Business in 1970 with a bachelor’s degree in accounting. At Howard, he pledged Omega Psi Phi Fraternity and received his 50-year pin in 2018.  In his senior year at Howard, Salahuddin joined the Nation of Islam. After graduation, he returned to Philadelphia and became the minister of the West Philadelphia Mosque 12C and business manager for the Delaware Valley. He was also a lifetime member of the NAACP. As a businessman, Salahuddin founded Superior Food Company and its subsidiaries: Shabazz Steak and Take, The Munchies and Bilal Brand Seafood. He is also the co-founder of the Garden of Bilal Restaurant.

Ali and Helen Salahuddin founded the African Genesis Institute, a 27-month educational and cultural program for youth between the ages of 7 and 14, focused on developing an understanding and awareness of the African experience in America. Since 1998, the program — which had chapters in 12 cities across the country — have taken over 4000 youths and adults to Senegal, Gambia and Ghana, West Africa and Egypt.

In recent years Salahuddin, along with Michael Rashid, co-founded the Pennsylvania Juneteenth Initiative, which is the producer of the Philadelphia Juneteenth Parade & Festival. Over the past four years, the parade has grown to be one of the largest in the nation, drawing over 25,000 attendees and 2,000 participants.

Ali had a brilliant mind and was a man of the people. He will be remembered as a historic figure who helped thousands of young Black children reach their highest potential through access to their history and travel experiences that were transformational. Ali Salahuddin is survived by his loving wife Helen, his daughters, Shariah (Rick) and Kamillah and son Jamal, stepchildren Sonni (Jabbar) and Shane, six grandchildren: Tariq, Hassan, Imani, Jasmine, Nyla, and Carsen and sister-in-law Beverly; and a host of relatives and friends.

A Janazah will be planned with a public memorial service within the next few weeks. In lieu of flowers, the family asks for any donations to go to the African Genesis Institute, P.O. Box 682, Glenside PA, 19038 or via the website at: africangenesis2.org.