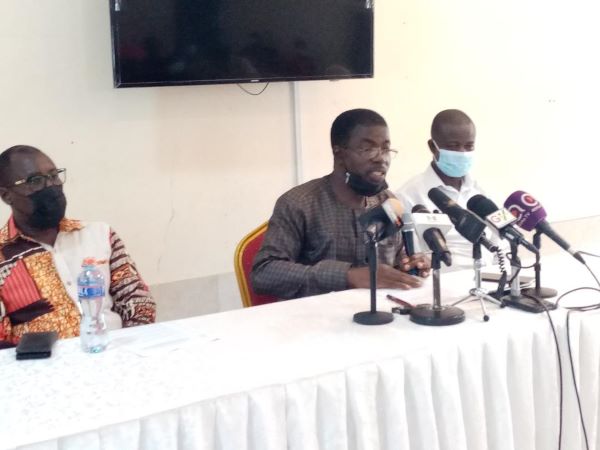 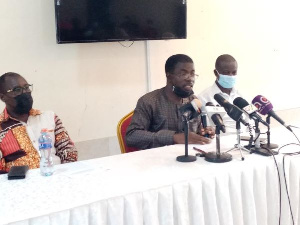 COMOG reps at an anti-LGBTQ+ presser earlier this year

• The Coalition of Muslim Organiations have backed the anti-LGBTQ+ bill

The Coalition of Muslim Organizations, COMOG, has alleged that some Members of Parliament had withdrawn their support for an anti-same-sex bill that is currently awaiting formal submission to the lawmaking chamber.

A July 29 COMOG statement signed by Prince Zakaria, for president of the coalition, said their representatives had witnessed how these MPs withdrew their backing for the bill when it was due to be presented to the Speaker of Parliament, Alban Bagbin, late last month.

Describing that situation as worrying, COMOG said it will work to ensure that such MPs are not reelected when next they stand for elections, stressing that they had by their actions gone against the wishes of their constituents.

“We are however worried about some MPs who were part of the committee that drafted the bill but however opted out of it at the 11th hour and called for the expunging of their names from the memorandum as sponsors of the Draft Bill prior to its presentation to the Speaker of Parliament on the 29th June breakfast meeting with the Speaker of Parliament.

“To such MPs we can assure them of our resolve, as the umbrella body of all Muslim organizations in the country, to stall their bid to seek reelection because they don’t deserve to represent the people in the Legislature of Ghana so long as they continue to pander to the whims and caprices of LGBTQI+ practitioners, its sponsors and advocates,” the statement read in part.

Currently, the bill is at the draft stage and will be laid before the house and subsequently expected to be referred to the appropriate committee for consideration.

The Ningo Prampram MP has busily been defending defending the need for the bill which he insists is a necessity in preserving the moral and cultural values of Ghanaians in general.

He insists that LGBTQ+ tendencies are not human rights but preferences that need to be regulated within the context of what Ghanaian society and culture accepts.

The bill has the full blessing of Speaker Alban Bagbin who is on record to have said he is pro-life and will ensure that the bill is passed into law as soon as possible.