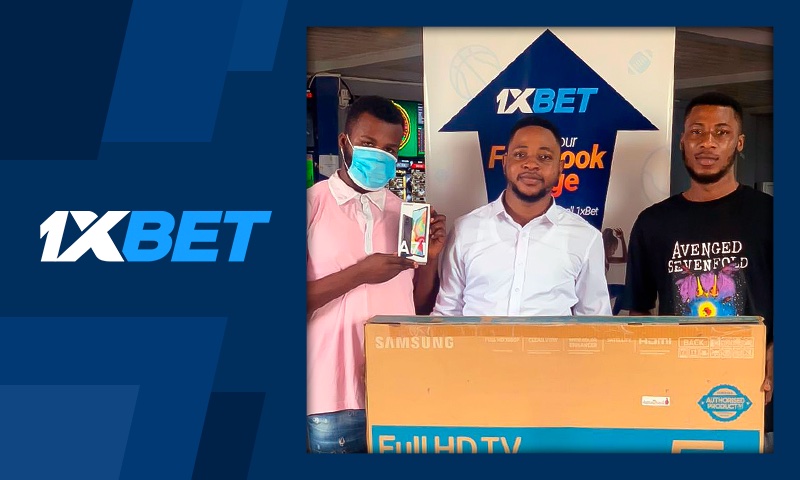 Innovation, putting the players first, and diversity is three words that could perfectly describe 1xBet’s vision in Africa. Promotions like Prize Hunt are an excellent example of how the bookmaker manages to turn vision into reality.

All Ghanaian players who took part in this promotion enjoyed an amazing experience and the possibility of winning palpable prizes like a Samsung TV, A 71 smartphones, and thousands of bonus points.

After the two draws of the Prize Hunt promotion, the final one taking place on June 13, one lucky player walked away with the Samsung TV.

In addition, two winners received a Samsung Galaxy A 71 each, while the other 6 participants won packs with thousands of bonus points.

And what better way to find out more about the promotion and how everything went down than from the lucky winners? They were kind enough to talk about their experience and share a few words with our readers.

Charles Odoom is one of the winners of the first Prize Hunt draw. He lives in Cape Coast and heard about the 1xBet promotion from Facebook. Since he was already interested in placing online bets, he placed a couple that made him eligible for the promotion.

After winning half of the bets placed, Charles hoped that he could be one of the winners, which turned out to be true.

When Mr Odoom opened his 1xBet account the day after the draw, a message informed him about winning the Samsung A71 smartphone. He remembers it was perfect timing as his old phone started malfunctioning.

As a matter a fact, it wasn’t the first time Charles won something at 1xBet. Last year, he won a motorbike in a similar promotion, and he encourages everyone to participate in promotions because it’s the only way to become a winner.

The second Prize Hunt draw was the one equipped with the big prize and the Samsung 40” TV. And this fabulous reward went to Yusif Sido from Mallam, Accra.

Yusif also participated in the first draw without being on the list of winners. Without losing hope, he continued to place his favourite bets, and after winning a couple of them, he received the awesome news that the Samsung TV is his. He couldn’t believe his ears when the call from 1xBet came informing him about the prize.

Yusif is excited about the new TV and says he’ll put it to great use watching more live sports to continue betting on his favourite teams. His advice for Ghanaians that like betting is to trust 1xBet because they offer good odds, are trustworthy and are present in Africa for a very long time. Plus, there’s always the opportunity to win more from promotions, just like Prize Hunt.

Alfred Wuaku is the name of the player that won a Samsung A71 smartphone in the 13th of July draw for the Prize Hunt promotion in Ghana. He said he placed some bets but can’t really give an exact number. Just like Yusif, he also took part in the first draw but wasn’t one of the winners.

However, instead of losing hope, he kept placing bets and won the smartphone the second time around. He was surprised to receive the call from Dr Obed, 1xBet’s country manager in Ghana.

Alfred said he’ll keep the phone for himself and use it to take his business even further. Just like all the winners before him, mister Wuaku urges all his fellow Ghanaians to trust 1xBet and maintain the hope of winning big one day.

1xBet regularly launches promotions like Prize Hunt, or even better. So, it’s the perfect opportunity to create an account and take advantage of all the winning chances offered by the bookmaker!