When Some Rules Are Meant to Be Broken 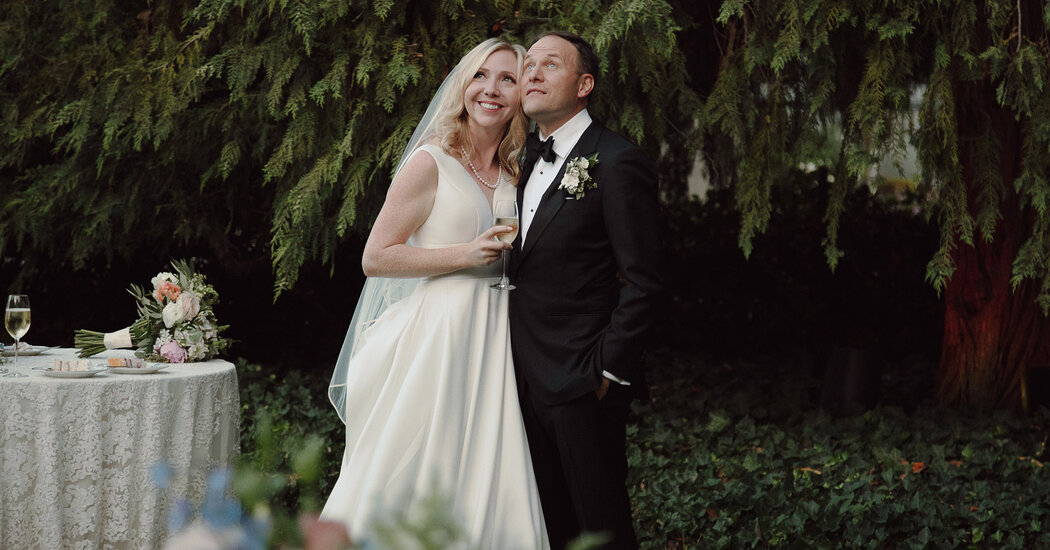 “It was excellent conversation,” Mr. McDonald said. They had so much fun that they decided to go to dinner in Malibu, and as they drove up the coast, they had a frank conversation about whether this was a date.

“We got out of the car and the waves were crashing and he kissed me and it was perfect and wonderful and I knew this was the beginning of something special,” she said.

“It felt to me like it was important not to be ambiguous about that,” he said.

On July 31, outside the house in which she grew up, the two were married before around 20 guests. Kevin Konicek, an uncle of the bride and her godfather, officiated, having become a Universal Life minister for the occasion. The couple had originally planned to be married on Aug. 1, 2020, with about 180 people attending, but postponed because of the pandemic.

Even after their first kiss and their first date, however, the couple’s romance still needed a stamp of approval, which Mr. McDonald sought from RAND’s human-resources department the morning after the couple’s first dinner together.

Ms. Dietzen, who will take her husband’s name, was once again bowled over, this time by the gesture.

“It was so romantic,” she said, as she cast aside her self-imposed rule about dating colleagues. “It meant so much to me that it was important enough to him to make it official, and do it right.”