Why Africa does not win many medals at the Olympics 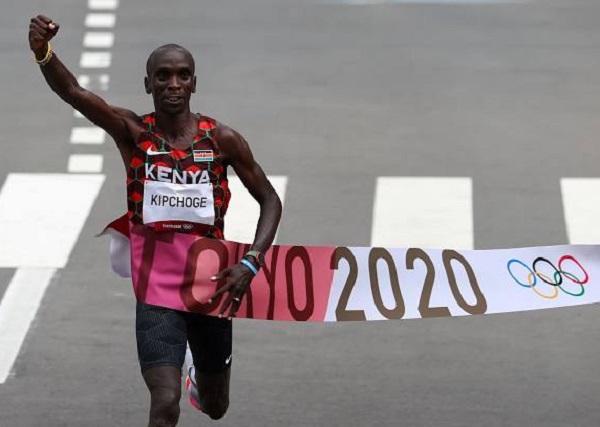 The Games of the XXXII Olympiad (otherwise known as Tokyo 2020) have ended. 53 African countries took part with perennial heavyweights, South Africa, having the largest contingent of 176 competitors and the Central African Republic, Lesotho, Mauritania, Somalia and South Sudan sending two athletes each.

All the African countries together won a total of 37 medals. This is made up of 11 gold medals, 12 silver and 14 bronze.

Australia, a continent-sized country of just under 26 million inhabitants, alone, won more gold medals and more total number of medals than were won by all the African countries put together. Even the five million inhabitants of New Zealand came ahead of every African nation on the medals table.

No! Africa’s performance is nothing to be proud of. But that is not surprising. Africa never wins many medals at the Olympics. Why?

I will argue that the main reason why the African continent, together, wins so few medals at the Olympics is that the member countries compete in too few events. You cannot get many medals when you are not even competing for them.

The first Olympics, held in 776 BCE, was a one day affair consisting of, perhaps, a single sprint event. Later, other events were added until 7 became the norm.

There were nine events at the first modern Olympics in Athens, (1896). These were Athletics, Cycling (Road & Track), Fencing, Wrestling (Greco-Roman), Gymnastics (Artistic), Shooting, Swimming, Tennis, and Weightlifting. 43 gold medals were won at that event with the US topping the table with 11 gold medals.

Since then, many sporting events have been added and a few discarded. The events that were discarded over the years are: croquet, cricket, jeu de paume, pelota, polo, roque, rackets, tug-of-war, lacrosse, and motor boating.

The IOC has a complex set of criteria for admitting new games. But the trend has been to add more and more events and to create more categories in existing events. Five new events were added to Tokyo 2020: baseball/softball (to satisfy the baseball crazy Japanese), karate, skateboard, sports climbing and surfing. Very few Africans took part in these new games.

The official Tokyo 2020 website listed 46 sporting categories in this year’s games. Athletics remains the largest and most medal rich category. It is divided into four different areas: Track (25 gold), Field (16 gold), Road (Race Walk and Marathon – 5 gold) and Decathlon and Heptathlon (2 gold) making a total of 48 gold or 144 medals.

Swimming is the next biggest medal-winning category. There are 37 gold to be won. Add the silver and bronze and there are 111 medals in swimming alone. Swimming also happens to be an event where a single competitor can win medals in several categories. But Africans are poor in swimming.

Cycling has five different variants. You will not find many Africans here.

The secret behind Australia’s success: they competed in many events. They went to Tokyo with a 482-strong contingent participating in 41 of the 46 sports available. Why won’t they win more medals than all the African countries put together? New Zealand was represented by 220 athletes taking part in 26 different events.

The African team with the largest delegation is South Africa which sent 176 participants in 23 different sports (a gold and two silver medals). This is followed by Egypt with 139 sportsmen and women (in 27 sports) including a team each in football and handball. They left the games with 6 medals including a gold.

Africa’s largest country by population, Nigeria, took part with 53 participants and left the games with a silver and a bronze. They took part in 10 sports including male and female basketball teams. Both teams lost all their group games.

Most of the African countries sent around 10 contestants taking part in two or three events. Occasionally, you will see an African taking part in a non-traditional African event. He is most likely to be a second generation African in a Western country who may not be good enough to be chosen for his new country.

Kenya, the most successful African nation in the Summer Olympics, deserves special treatment. Kenya has won 113 medals in the history of the games. Most of these were in Athletics but the country also won seven medals in boxing including a gold medal. They went to Tokyo with a team of 87 athletes including two team events – the men’s and women’s Rugby Sevens and a beach volley team. These latter represents attempts on the part of the country to widen its Olympic events. All their previous successes have been in the long distance events for which they seem to have a special talent. Their success is, therefore, not due to any special investment in sports they make that their neighbours did not make.

Despite being wracked by doping scandals that saw nearly 60 of their athletes banned for various terms, they came out as the best performing African country. Their 4 gold, 4 silver and 2 bronze are far better than any other African country achieved. They may have lost in their all-time favourite sport, steeplechase, but the 1 and 2 in the men’s 800 metres is a spectacular achievement. Even more spectacular is the magnificent Kipchoge Eliud, the first man to run the Marathon under two hours, who defended his Rio gold in the event, the crowning one that takes place on the last day of activities.

Uganda was the African surprise with their two gold medals and one silver and bronze each which is more than can be said of the African giants. All Uganda’s medals were won in long distance running, the East African speciality. Those of us old enough remember how John Akii-Bua became a household name throughout Africa for winning the 400 metres hurdles for Uganda in the Munich Games of 1972.

Ghana did well considering our past performances. We got our name on the medals table. We have never won Olympic gold before. Our best performance was a Boxing silver in 1960. With this year’s boxing bronze, we now have a total of five medals in the games that we have participated in since 1952! Of these, four were in Boxing with the other medal, a bronze, coming in the Football event in Barcelona 1992. This year, we presented 14 competitors taking part in 5 sports (7 in athletics, 3 Boxers, 2 Swimmers and one each in Weightlifting and Judo).

Abeiku Jackson broke the national record in 100 metres butterfly by coming first in his heat. But it was not enough to get him to the next round. We also set a national record in the men’s 4×100 relay in the semi-finals. We are not going to worry about the fact that the US team botched its baton change to enable us clinch a place in the finals. But it was a sloppy end with our quartet disqualified in the final race.

The usual reason given for Africa’s poor performance (or, by my hypothesis, participation in so few events) is the lack of resources to spend on sports. That is true but may not reflect the entire story. We do not seem to be getting maximum returns from the little we spend on sports.

Any amount we spend on sports has a high opportunity cost in a poor country like ours. That money could be used for something more vital. But the corollary is also true. A lot of the money we spend on less useful activities could be diverted to sports to provide occupation and employment for our youth. The amount used in building a national cathedral, no matter where the funds come from, could yield better returns for the nation if well invested in sports. Even the money spent on presidential portraits in every government building across the country could be better used on sports! In the end, it is a matter of priorities. And we never seem to ever get that right.

We have failed to woo our youth away from football into other sporting activities. It is true that football is relatively cheap to play. But so are many other Olympic sports: volleyball, handball, hockey, table tennis, basketball, and many others. We can leave out the elite sports of golf, archery, sailing or equestrian events.

Some people are arguing for a return to sports organisation through schools – inter-schools at district, regional and national levels. Perhaps so but things have changed. Many schools (especially the private ones) are concentrating on academic results and don’t have much time for sporting events. We have to encourage the organisation of sports through other means.

I do not think I have any suggestion that our sporting authorities and experts may not have already thought of. As often in Africa, the actual implementation of well thought out plans is always our problem.

Winning medals is not just a matter of bringing glory to one’s country. Sports is big business and our youth are struggling for jobs.