I never envisioned myself as a broadcaster -Gifty Anti 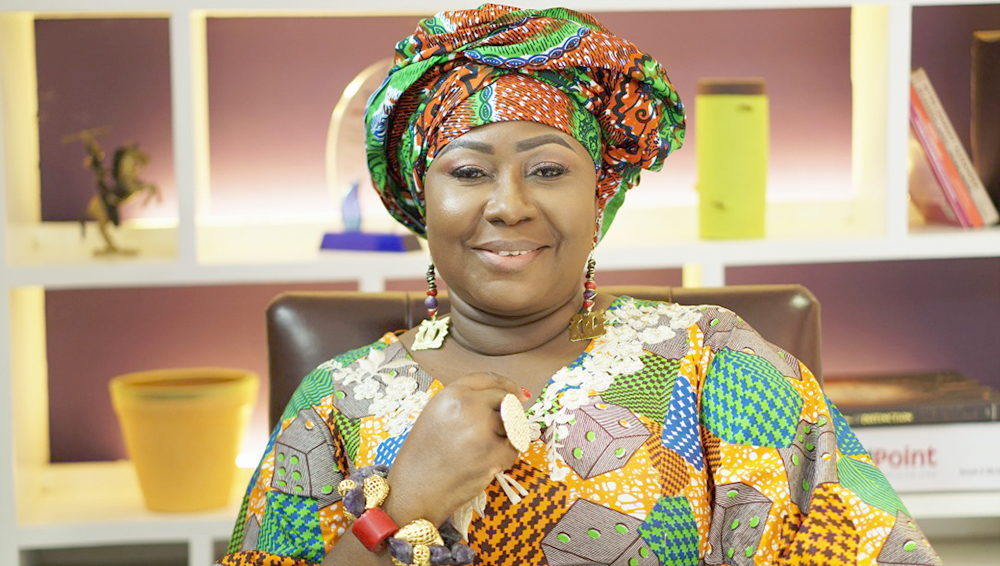 Born and bred in Tema in the Greater Accra Region, Oheneyere Gifty Anti is one of the successful broadcasters to grace the television screens in the country.

She is currently the Chief Executive Officer of the GDA Concept and host of Stand Point, a programme which discusses issues affecting women.

Ms Anti started her media career at the Ghana News Agency as an intern before moving on to the Ghanaian Times also as an intern.

She later moved to the Ghana Broadcasting Corporation (GBC), again as an intern, after which she was offered an opportunity to do her national service there.

Ms Anti landed her first job as a Floor Manager at GTV and later rose to become a broadcaster there.

She is currently married to Nana Ansah Kwao IV, the Chief of Akwamu Adumasa, with whom she has a daughter.

Sharing her behind the scenes story on the Springboard, Your Virtual University, she said growing up, she never envisioned her life as a broadcaster.

“I grew up with so many dreams but my greatest dream was to make my father proud. I saw my dad made so many sacrifices for me and my ultimate aim was to make him proud, it didn’t matter whatever it is i wanted to do,” she noted.

Read: Kneeling before your husband does not make you less of a feminist – Gifty Anti
She believed she was able to achieve this dream, stating that “before he died, he looked at me and said thank you and that is what gave me closure and peace.”

“I couldn’t buy him a car or do anything great for him but he was pleased that I had made him proud and that gave me fulfilment,” she stated.

Watch : VIDEO: I have tested negative for Coronavirus – Gifty Anti

As a child, she said her dream job kept changing based on what she saw.

“My dreams kept changing, I will see a custom officer around those times in Tema and I wanted to be one. I saw clearing agents doing well and wanted to be one. The last one was to be a land economist,” she noted.

In all of this, she said the ultimate aim was to do something that would give her enough money to take care of her dad and make him proud.

“I saw the sacrifices he made. He gave me so much confidence and believed in me. Everything I do, I still think about my father if it will make him proud and this puts pressure on me as I have to be extremely careful about my actions,” she explained.

Mrs Anti also noted that her work as a broadcaster came with lots of pressure, hard work, sacrifice and preparation.

“Two weeks ago, I had to record five programmes at a go and this was with different groups of people. One of the programmes, I had to do part one and two because I had these young ladies who were first borns and were sharing their experiences.

“Ending it after one hour was not going help them so had to do part one and two and it was very tiring,” she noted.

She pointed out that getting guest and panellists for her show was sometimes not easy.

Commenting on childbirth, she said most at times, people didn’t seem to understand that one’s life had changed because of childbirth.

“Some of them have children but they are grown. I always tell people that I had a child when some of my mates had grandchildren so the sacrifices I have to make are different from what they have to make.

“I always have to think about my daughter but sometimes people make so many demands of you but it doesn’t work like that,” she stated.

1.    Inspiration & sacrifice; My main inspiration growing up was to make my father happy. I saw the many sacrifices he made and wanted to give him something in return.

2.        Legacy; I am always conscious of leaving a legacy. I want my daughter to grow up and be proud of what I have done. It puts me under pressure and influences everything I do.

3.    Mentorsip; I benefited from the tough mentoring of people such as Liz Hayfron Asare in my days at the Ghanaian Times. She still reaches out to me even now.

4.    Social media; It can be really challenging when you post something to encourage a vulnerable person and someone else deliberately misrepresents it just to trend.

6.    Regrets; After a great O’Levels, I lost my way and ended up with a weak A’Levels, largely due to misplaced priorities and wrong relationships. It made me even more resolute.

7.    Youth confusion; Many youth are impatient and confused in trying to reconcile the achievements of their mentors with their own realities.  Youth mentoring must be prioritised in our national development effort.

8.    Profitable labour; I engaged in hawking and carpentry along the line just to raise funds for my education. I try to do everything I do with ‘swag’ so I didn’t find it shameful at all.

9.    Lifelong learning; I continue to learn from every situation even now and, in everything I do, I seek to become a better person.

10.      Cultural awareness; I have had to make a number of lifestyle changes as a wife of a chief. You can call them lessons of ‘Oheneyereship’. Our culture has important lessons for societal preservation.