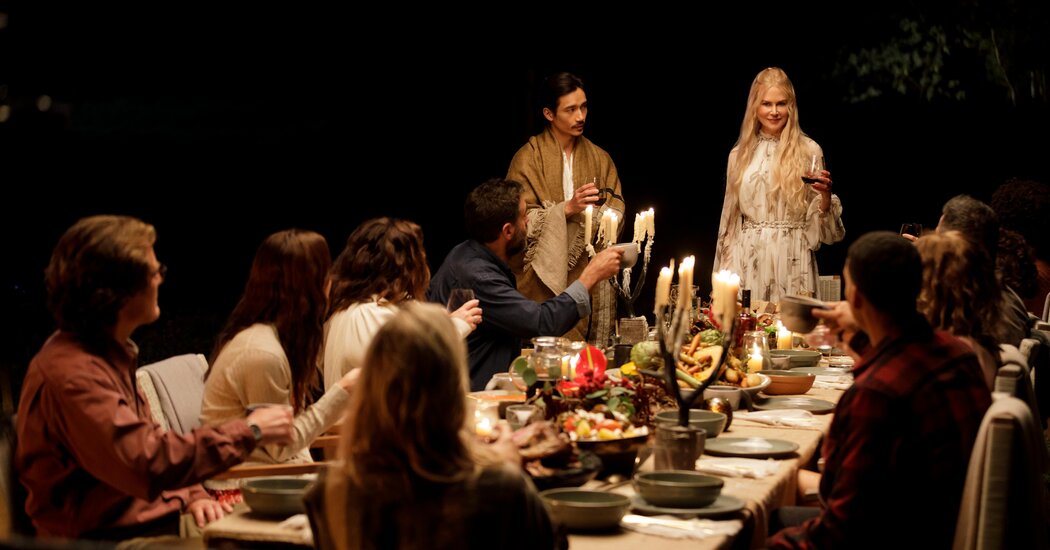 Peacock announced today that Michael Schur will write and executive produce a TV adaptation of “Field of Dreams.” Timely!

Have a happy week.

I like shows where rich people are mopey and yell at one another.

When to watch: The first three episodes arrive Wednesday, on Hulu, and then weekly after that.

We’re still living in the shadow of “Big Little Lies,” which debuted all the way back in 2017. Of all the shows that have followed in its lush shallowness, “Nine Perfect Strangers” is among the more successful, perhaps because it also is a David E. Kelley adaptation of a book by Liane Moriarty. Unlike a lot of its brethren, though, “Nine” is focused not on one central mystery but rather on an array of mysteries and back stories, which alleviates some of the “if they don’t solve this murder in a satisfying way, I will be mad forever” pressure and also allows more room for character development.

“Nine” is set within a culty, ominous wellness retreat, where the ethereal Masha (Nicole Kidman) provides seclusion and healing. Frances (Melissa McCarthy) is a sad writer. Napoleon (Michael Shannon) is a sad dad. Carmel (Regina Hall) is both sad and insecure. Tony (Bobby Cannavale) is sad and mad. Everyone is avoidant, everyone does Gestalt therapy exercises, everyone goes a bit “Lord of the Flies,” and hey — what’s in these smoothies?

A little Agatha Christie, a little Goop spoofing, a sprinkle of “Lost,” a dash of that thing where white people blog about ayahuasca, all with a long opening titles sequence so you know you’re in the world of streaming indulgence. I know what you’re thinking: “Margaret, does Michael Shannon sing a song from ‘Grease’ in this or what?” OK, OK: Yes, he does.

The more elegantly arranged the table, the more we in the audience crave emotional entropy, and “Nine Perfect Strangers” recognizes the dirty joy of a group dinner gone wrong. Even though episodes debut through Sept. 22, “Nine” is a quintessential summer show, soapy and fancy if inconsequential.