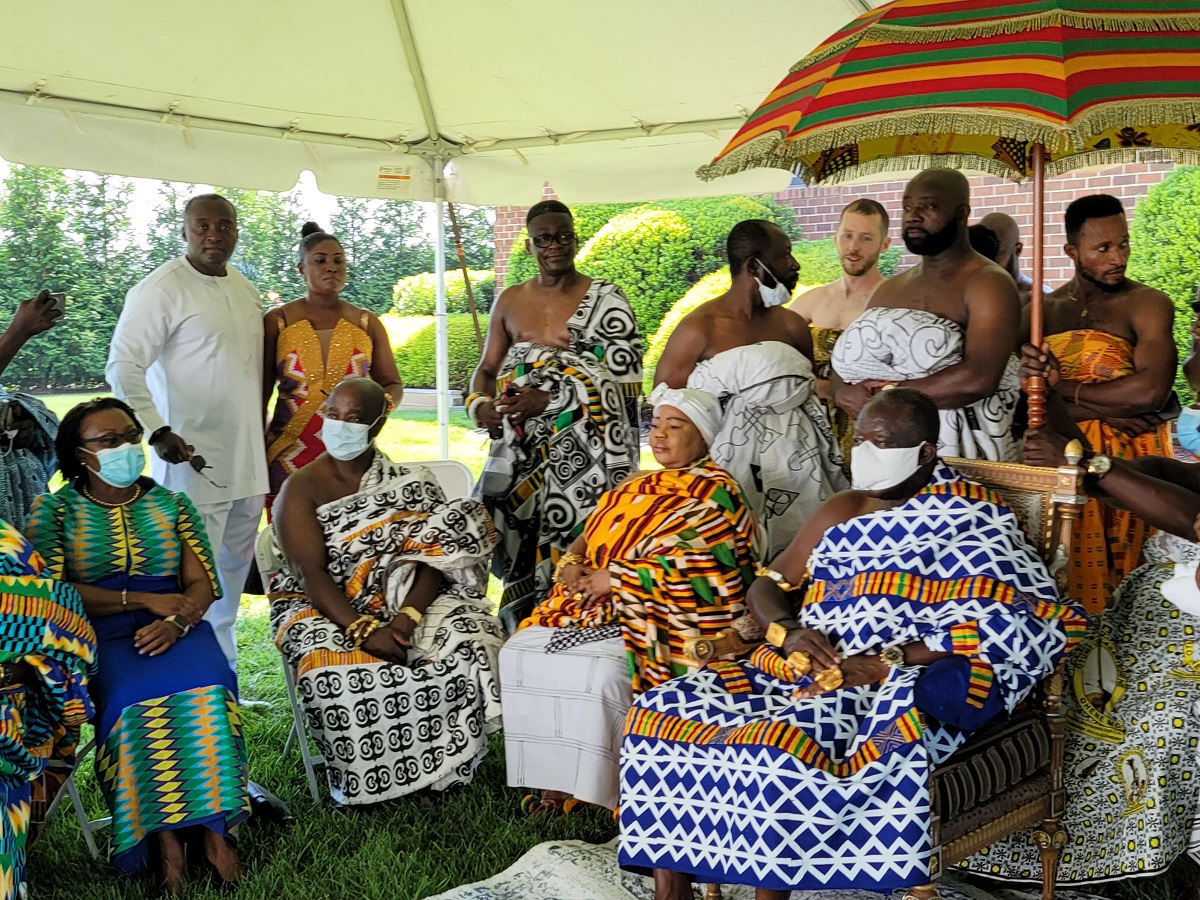 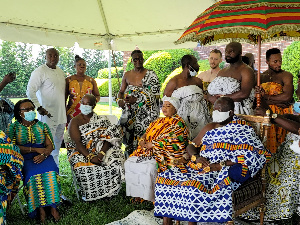 His Royal Majesty Otumfuo Osei Tutu II, the Asantehene, last Sunday celebrated Akwasidae with some of his chiefs and elders, together with many US-based Ghanaians, particularly members of the Asanteman Association in the US, at his residence in Maryland, United States of America (USA).

Speaking at a ceremony of great picturesqueness and grandeur, Otumfuo Osei Tutu II stressed the need for Ghanaians in the diaspora to trace their roots by exhibiting and living in accordance with the dictates of their traditions and cultural beliefs.

Clad in a beautiful blue and white decorated and designed kente cloth, the revered King expressed his profound gratitude to all the invitees for joining him to celebrate the Akwasidae in grand style.

“I am happy to see my people in such a great mood today of dancing the traditional Adowa, and this demonstrates the fact that you haven’t forgotten your history, and most importantly, our well-celebrated tradition and culture,” Otumfuo Osei Tutu II said.

The occupant of the Golden Stool advised his subjects who live in the diaspora, particularly those in the USA to be law-abiding in whatever they did at their various places of work and residence, adding that “you should not do anything negative to drag the name of Ghana and Asanteman into the mud.”

He entreated all Ghanaians in the diaspora to uphold the great traditions and endowed cultural beliefs of their respective origins.

He advised the elderly and all parents to counsel their wards to embrace the most respected Ghanaian culture and traditions while they still live abroad.

The Akwasidae is celebrated by chiefs and people in Ashanti as well as Asantes in the diaspora. The festival is celebrated on a Sunday, once every six weeks. 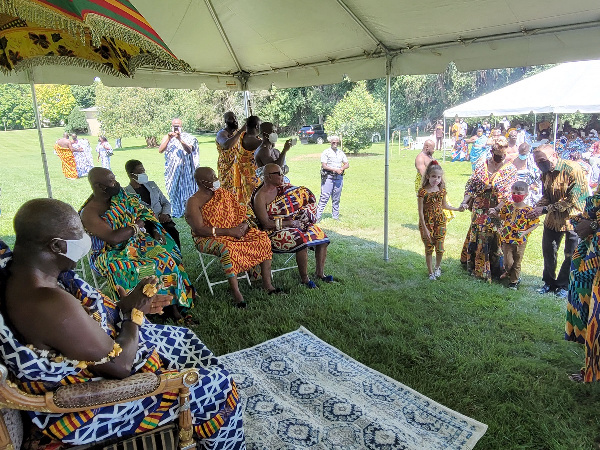 Earlier, Otumfuo Osei Tutu II had urged the members of the Asanteman Association of New York to live in peace and unity, respect one another, and work for the progress and interest of the association.

He noted that there was no Asantefuohene (chief) in New York and called on the association to hold elections within three months to elect a new chief, queen mother, and other officers of the Asanteman Association, and work in harmony to bring peace. 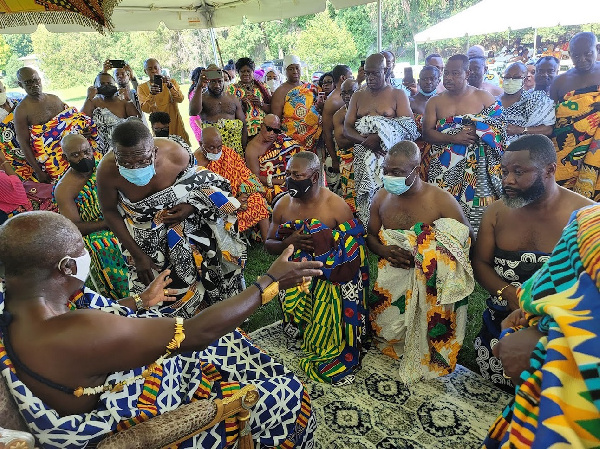 More pictures in the photo section